Friday and Saturday were a haze of working overnight and then loading my dogs into the car and heading out to our planned daytime agility events (rather than...oh, sleeping.  Like I should have been.)

Friday was an outdoor AKC agility trial that we just squeaked into - our entry was received on the closing date.  Going to this trial meant leaving straight from work, it meant barely making it there on time and driving in morning rush hour traffic.   Have I lost my mind?   As we got closer to the date, the nail in the coffin of my dog-insanity was hammered in.  100 percent chance of rain.   Staying home from the trial was not even a consideration!

For Standard it was really just drizzling.  A lot of people had scratched and I arrived when the Open Standard course was being built.  Molly was really over the top with her arousal and reactivity.  She was screaming pulling in, she was chattering and/or barking at other dogs.  The sounds of other dogs barking was sending her to another world.   I had to keep her ringside for a good five minutes before our run because of our distance from the ring.  This is something I do not like to do.  I didn't have a dog at the ring gate, I didn't have a dog on the start line.  She was over the top and I knew it.   Standard was a game of broken start line stay, ping pong off the contacts, zoomies and totally out of control behavior.  I have drawn a trajectory of Molly's course on the actual course map below.   Once she pounced on the teeter I thanked the judge, picked her up by her chest and carried her off the course.   Tongue lolling, shark jaws wide open in a pant and I could hear the judge clapping for us as we walked off.   More than anything, the chances of Molly leaving the ring if we continued to run were very high - and I felt it would be irresponsible to even try to keep her in there.   She was obviously far too stressed out to run - the best thing for Molly and our fellow competitors was to end the situation!

This trial was held at Shady Brook Farm, in a field out on their property.  I put Molly in the car with her fan to relax and cool off and walked over to the little market store.  I bought some fantastic coffee and, with much difficulty, chose a lemon poppyseed muffin for breakfast.   The market store was full of locally grown produce, and home made everything.  Ice cream, wine, cheese, salad dressings, marinades, and baked goods galore.  I planned on a return visit to buy some stuff, especially ice cream, after our JWW run was over.   (I actually ended up just leaving after JWW.  At Perri's agility class that evening, our instructor told me she was "very disappointed" that I did not have any of the ice cream!   But I was literally soaked to the bone wet, cold and tired.   I could not enjoy a fun little shopping trip very much - though I do plan to return!)

Anyway, JWW.   The judge told us that there was a foul up with the Open JWW course, something about it being a Masters Course put onto an Open map, or something.   Honestly it was pouring rain by this point and I don't understand the course map softwares enough to understand what had happened.   The end result is that we got three jumps taken out of play so that the Open course would be a legal Open course.   Molly and I NQd this for two refusals, but it was actually a very nice run for us.  I released her over one and two, deceled and told her tunnel, then tried my best to get  back around the second jump to handle her next line.  From there she was flying so fast, and I was stuck behind her and could not catch up - and did not want to anyway.  Forward motion on my part is the number one reason for our off courses.  When she landed after 11 I called out "here!" to her because I was afraid she would jump out of the ring.  But I failed to keep my arm out to signal the next jump.  She ran straight to me and past the jump: Refusal 1.   I was again behind her for the next line and so of course when she got to the weave poles, she missed the entry.  Weaves are our weak area, so Refusal 2 and NQ.  But really - Molly doesn't even like to pee in the rain, and she ran a full agility course in, no exaggeration, constant driving rain.  In the wet and slippery mud.  I couldn't help but feel like a huge jerk, asking my dog to be out in that terrible weather with me when she could just as soon be at home on a warm couch - but Molly just said "Well, all right!" and ran with me.   We were both totally mud brown after running the course, we were soaking wet, but honestly?  It was really freaking fun!  And hey, we can do outdoors!  Hopefully, on a nice day next time though!

So, we are the last two agility trials with all NQs.  The number one thing I learned from this is that the only good run that we had out of all of those NQs, was the run where Molly came straight from her crate and into the ring.   There was no standing around ringside, no chance to think.   I need to try my best to make this happen every time.  Maybe one day I can help Molly have the tools to stand around with other dogs bumping into her, barking, running around and doing other very exciting and distracting things - but we are not there yet. 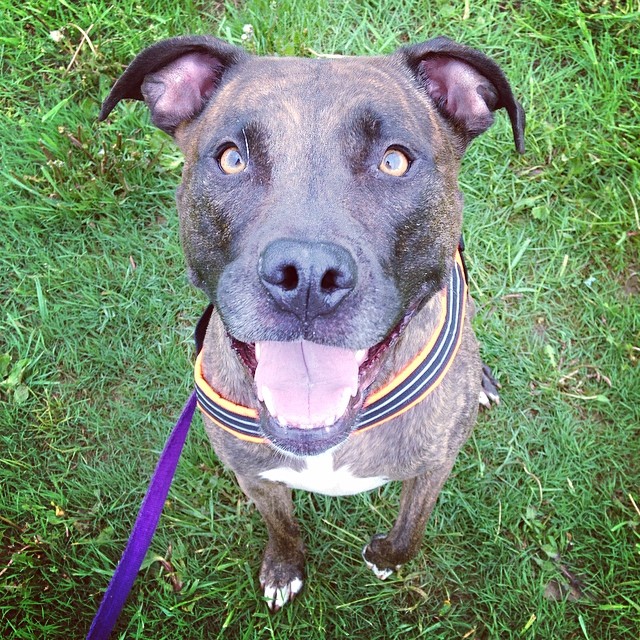 Switching gears, on Saturday I took the girl dogs to a fun run at Flexible Flyers.  You could buy three runs for 20 bucks, so I entered Perri in two and Molly in one.

Perri was first.   She had never ran at Flexible Flyers, though I have had her there for more than a few of Molly's trials.  I thought that I would have to be encouraging, supportive and patient with her.  I thought that she would be nervous and possibly shut down.  I thought WRONG.  Something happened that has never happened before in the history of Perri: she stressed UP.  And up and up and up!   As soon as I took her leash off, before I could even get ready to jazz her up for the first jump she bolted away from me and into a tunnel (isn't she afraid of tunnels?!) and then she went on a zoomie bender to put Molly to shame.  She was taking jumps, she was flying at top speed everywhere complete with springs and long stretches of air time.  She was prancing and pouncing, she was spinning in circles.  A dust cloud was around her constantly.  And when she finally remembered my existence she came running at me barking and grabbed my arm IPO-style and tried to pull me with her!  When I tried to handle her on the actual course she just took off over the jump line so fast I had no hope of keeping up with her, and started the entire process again!   I have never, ever seen Perri behave this way!  I know it was stress, I know she was blowing off steam, but...wow.   She came back down to earth with enough time to get her on the contacts - and she was afraid of the dog walk and afraid of the teeter.  Both obstacles I was able to work her over one time and I was happy with that.  (Yes I wish the whole thing was on video, I still feel like I saw a ghost!)

Perri's second run is here in the video, and this is typical Perri.  She was pushing the "shut down" mark here, I can see that.  She was mentally exhausted from the stress of the day.   In the beginning was a really cool moment.  I never do a start line stay for Perri and really only did that because of how she behaved earlier.  She got a little "stuck", but then got up, considered some stress release of visiting our "judge", but then redirected and ran with me. I was really happy that she kept on trying and she was on an upward trend of confidence with the DW and the teeter (She absolutely froze her first time on both of them.)  I chose to not demotivate her by forcing her to do the weave poles entirely.

Molly did really good - totally nerdy but if you look at the video above we had to do the curved red tunnel (right entrance), the jump closest to the ringside area, the tire to the jump to the right of the straight tunnel and then pull back through to the closer entrance of the straight tunnel and then a 180 from out of the tunnel.   Might be nothing for some people to pull that off, but for Molly and I - I am really proud of that!  From there I just worked on her weaves and Aframe stopped contact until our time was up.   All very necessary!
They also had a nice little practice corral, with a chute, 6 weaves and a practice jump.   Molly was really committed to her weaves in there , I was happy to see it!
Posted by dogbird daily at 8:31 AM