The husband, dogs and I just returned home from a camping trip at Lyman Run State Park.   We stayed there for four days, so the post about that is going to be a big one!  In the mean time, I want to post about the four other state parks that we were able to check off the visitation list since they were all very small and close by!

We took a little mini road trip out PA-6 from Lyman Run and enjoyed the blue skies and green mountains. 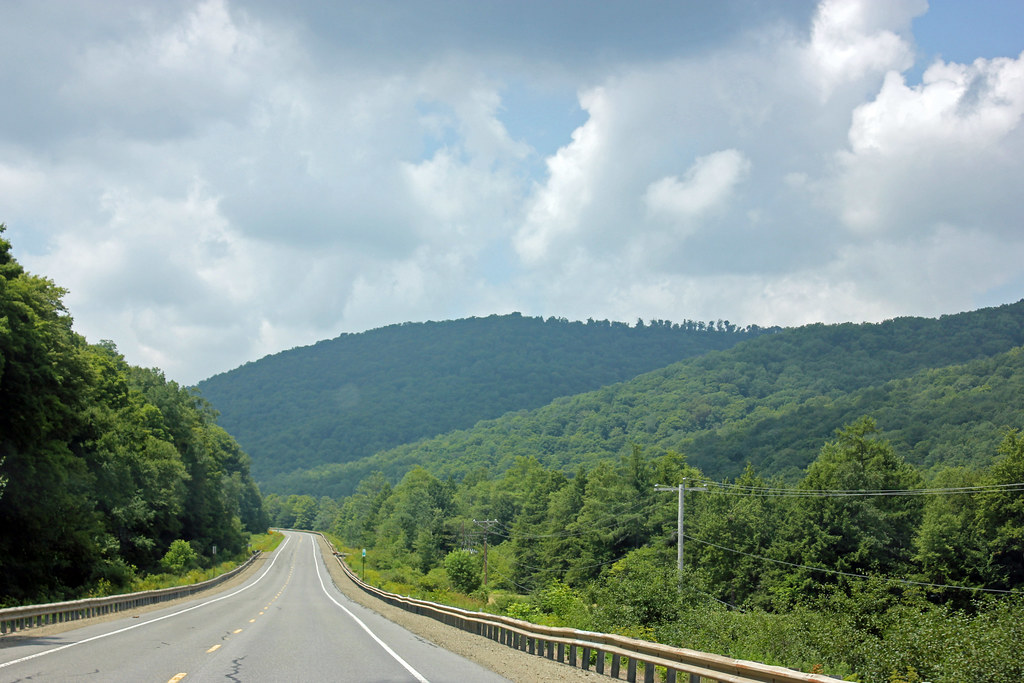 Denton Hill State Park was first.  I knew this was going to be a quick visit - but it ended up being much quicker than I expected!  Denton Hill is a skiing park, and since we aren't the winter sport type and it was not winter anyway, I knew the visit would not take long.  The park does not offer much beyond skiing.  We were surprised to find admission being collected at the gate!  Apparently some type of archery festival was being held at the park and you had to pay to enter!  We were allowed to turn around and exit, I snapped some photos...but our brief visit became even more brief. 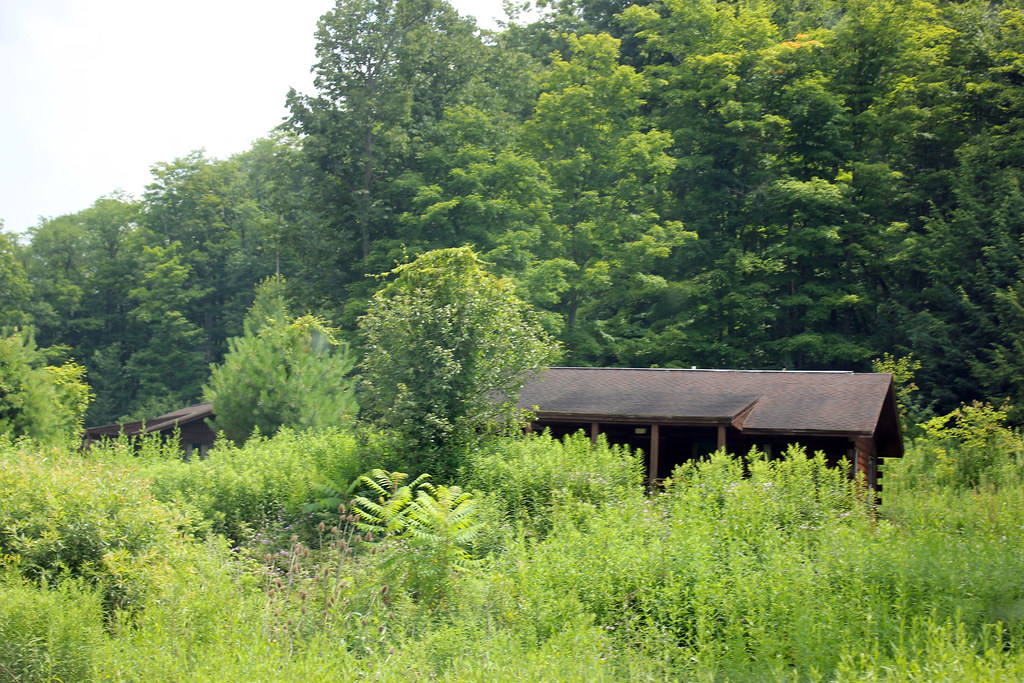 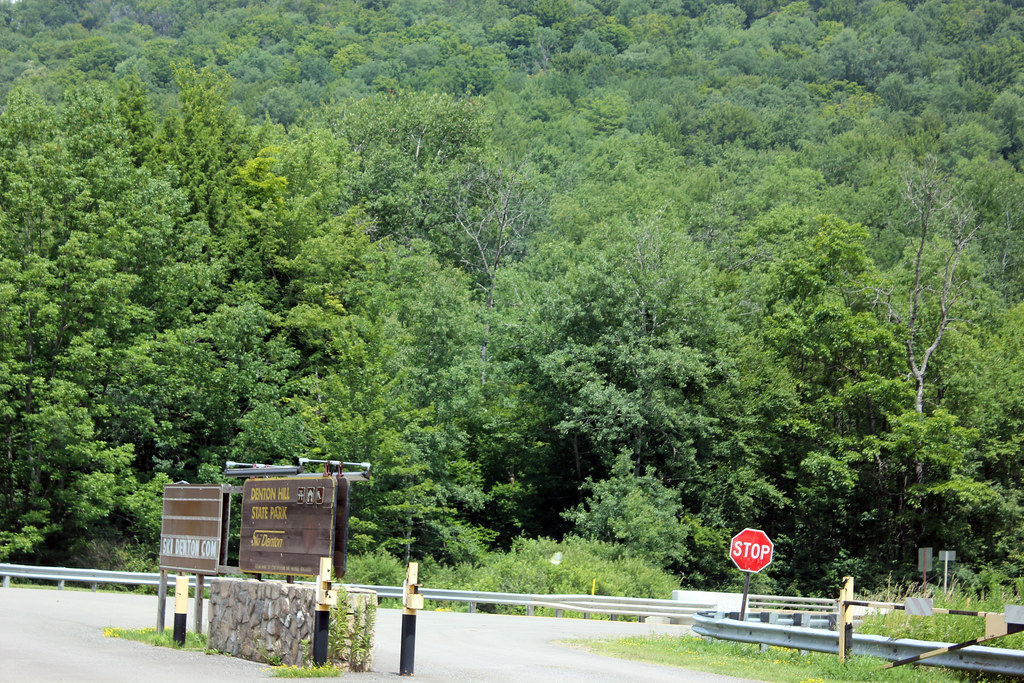 Next on the list was Patterson State Park.  This park was a day use area with a small pavillion for eating in, a restroom, hand pump and not much else.  The Susquehannock Trail runs through it, and I did take a short stroll out of the park on the semi long distance 85 mile STS, but soon turned around.  We had more parks to visit. 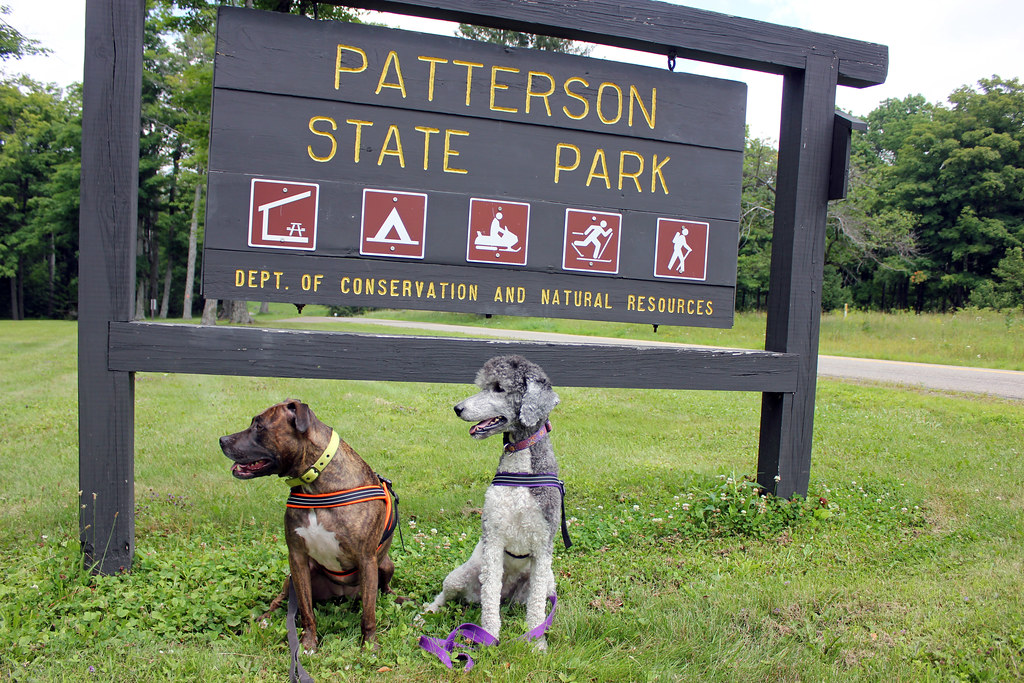 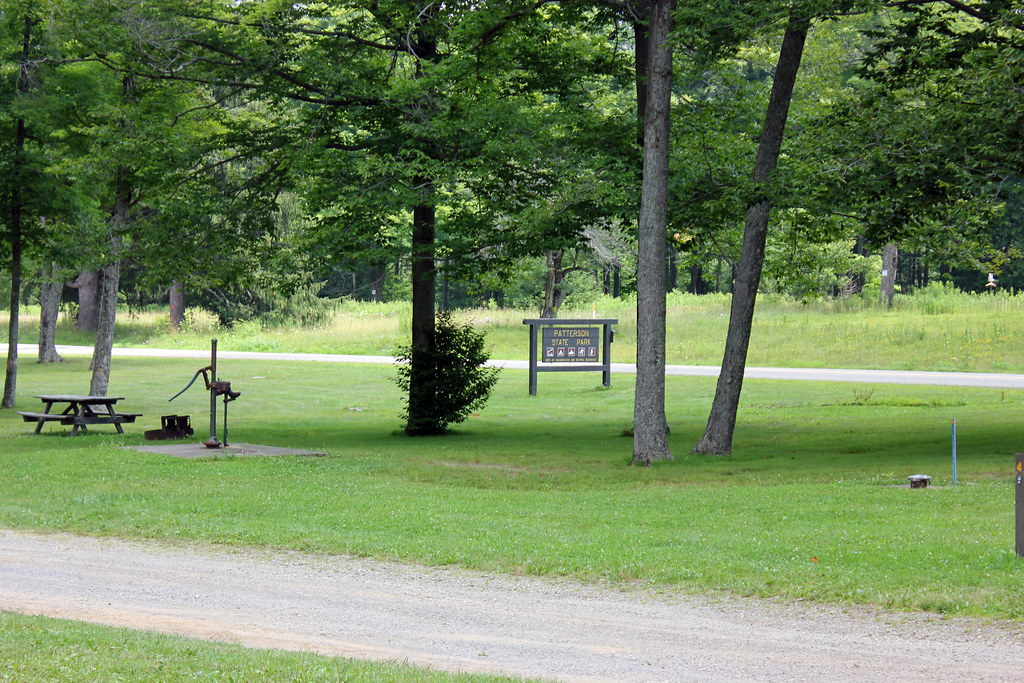 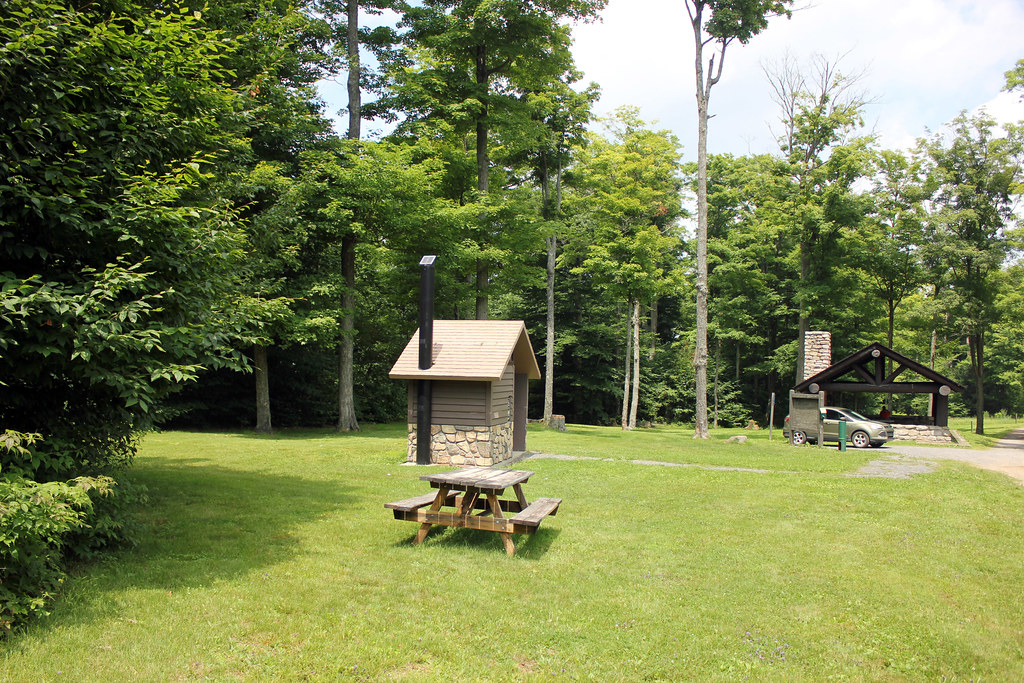 Next up was Prouty Place State Park.  This was probably the worst park I have gone to yet!  You had to travel 9 miles down unpaved, dirt roads....straight down a mountain for....a 5 acre barely maintained strip of land with a rutted dirt lane running through it.  And then....9 more miles straight up another unpaved road!  I am surprised Vince didn't push me out of the truck and drive away without me as punishment for insisting that we visit such a place.  Once again, the Susquehannock Trail System runs through this "park". 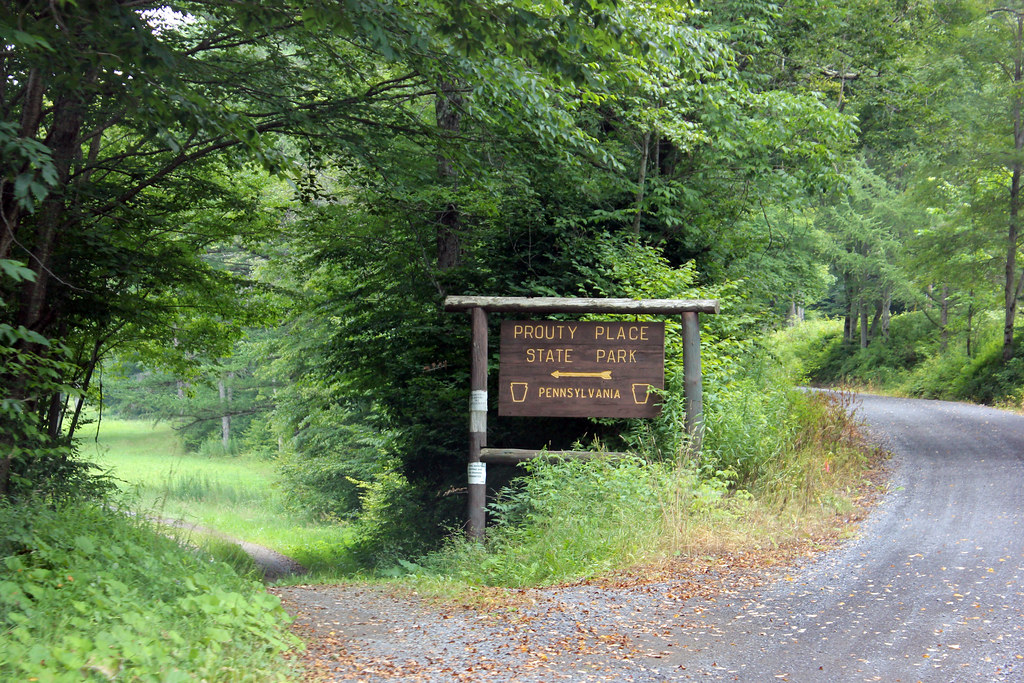 I am pretty sure my Fit would have gotten stuck in that - thankfully we had the truck with us! 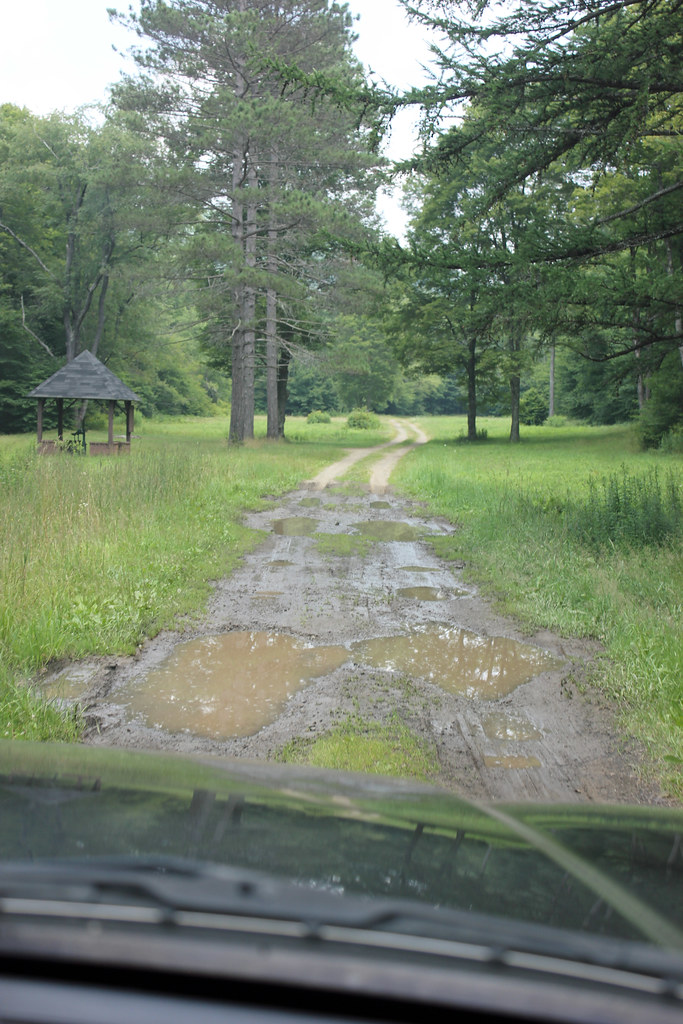 After driving back up out of the (godforsaken) area where this park was, we did pass "LongToe Vista", which offered a nice view of the mountains as compensation.  I know Vince is slowly losing his will to live during our excursions, because he pulled over and asked if I wanted to take a photo before I even had a chance to beg him to pull over. 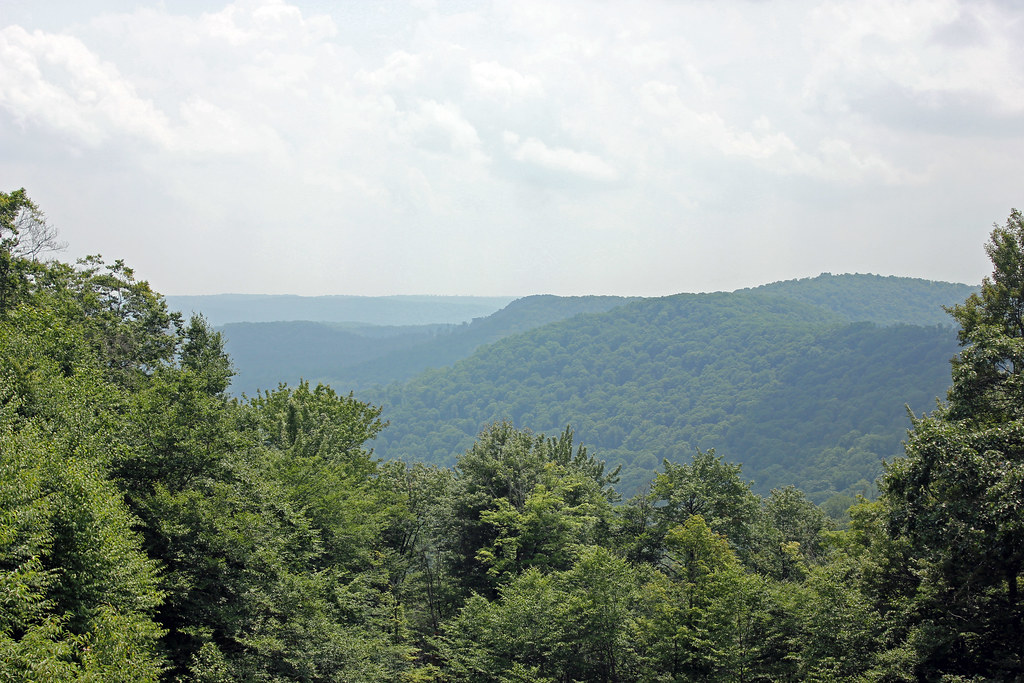 The last park on the list was Cherry Springs State Park.  Cherry Springs is an awesome park - but the magic does not happen until nighttime!  The park is very remote, and its claim to fame is its huge astronomy field offering a wide open 360 degree view and very dark sky with no light pollution.  Since we were visiting during the day, we opted for the one mile nature trail.  After so many parks with not much to look at, we were glad to stretch our legs (and so were the dogs!) 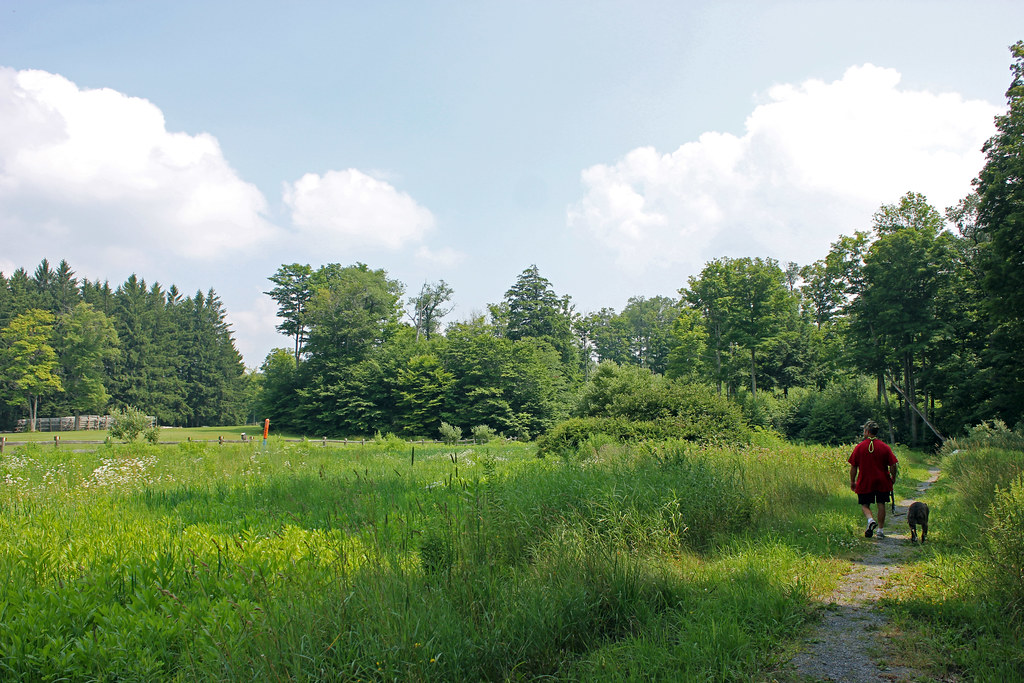 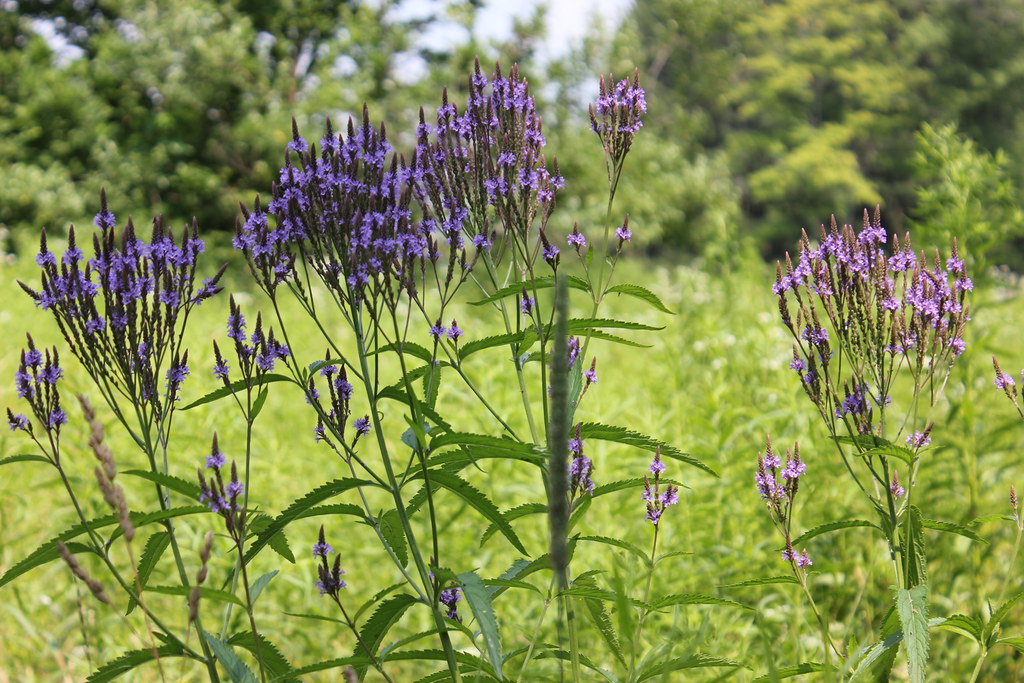 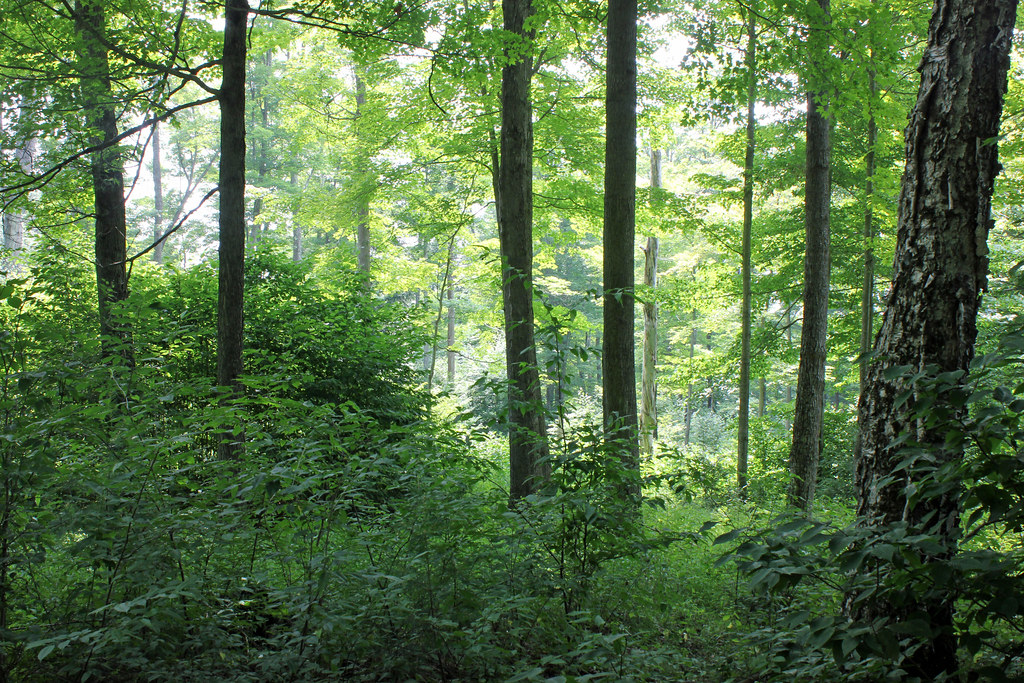 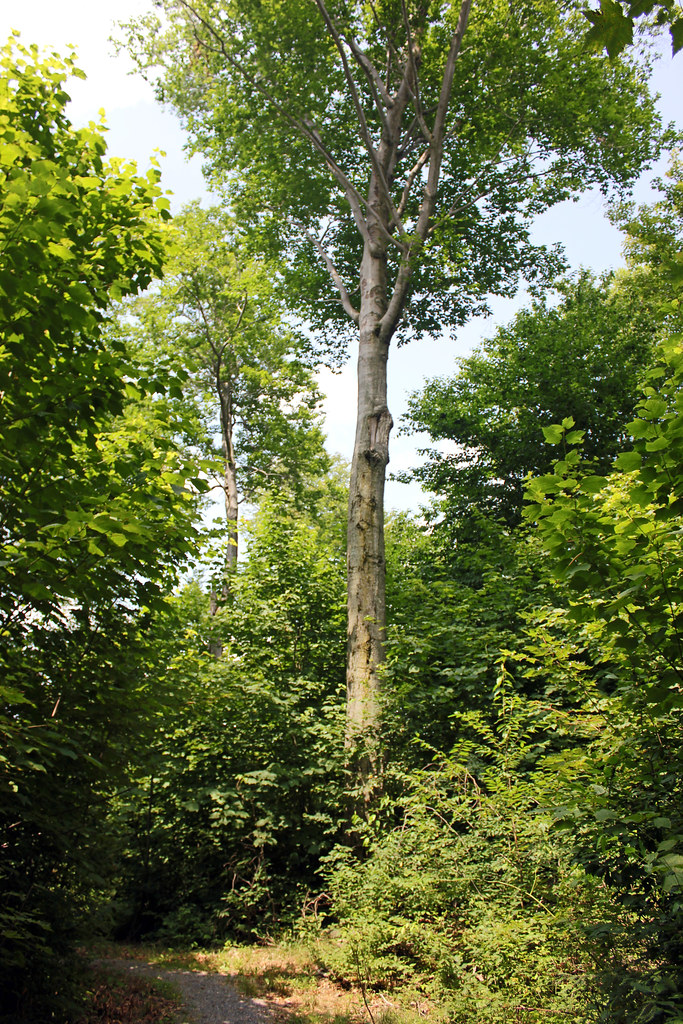 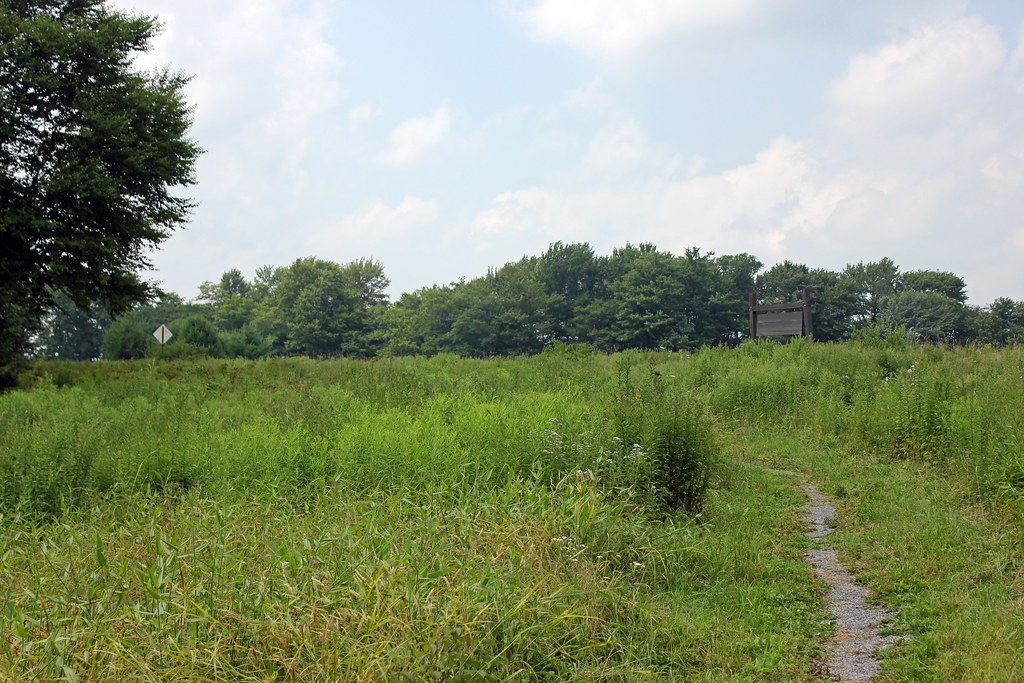 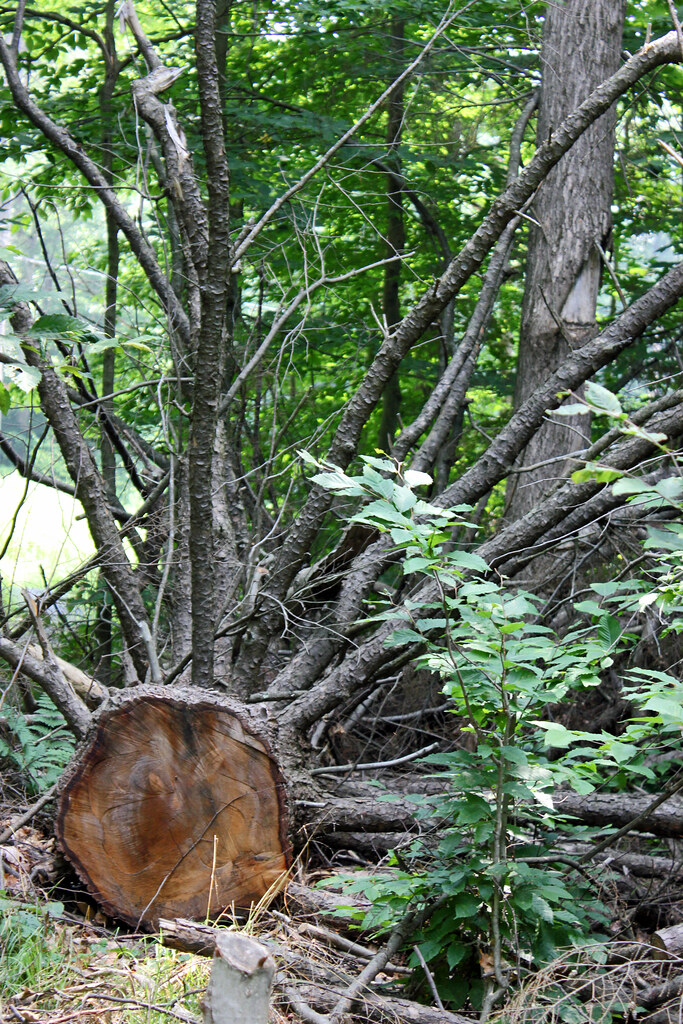 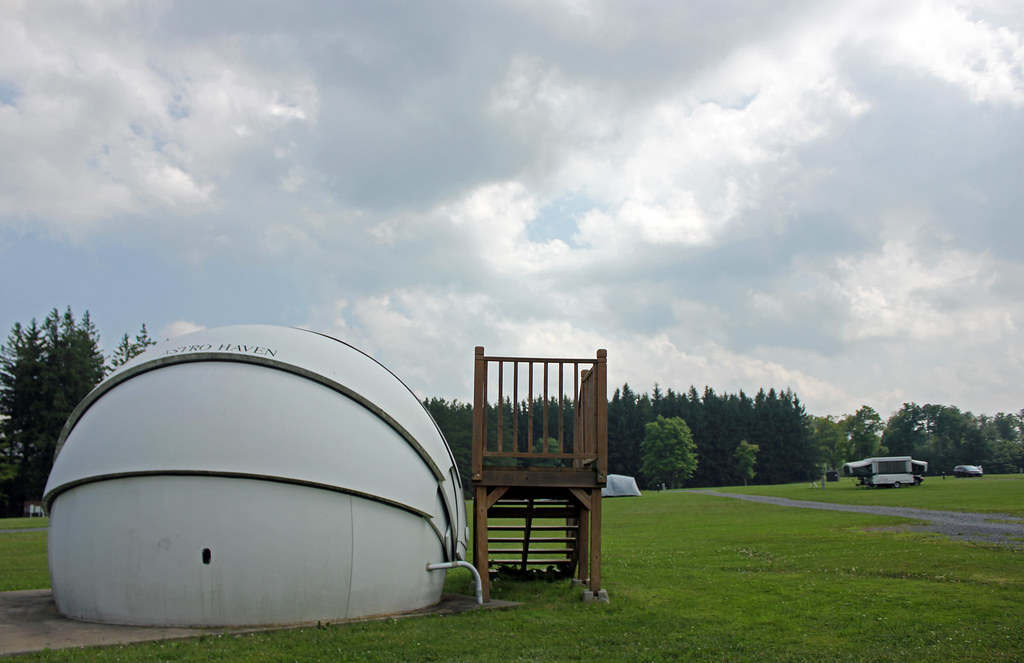 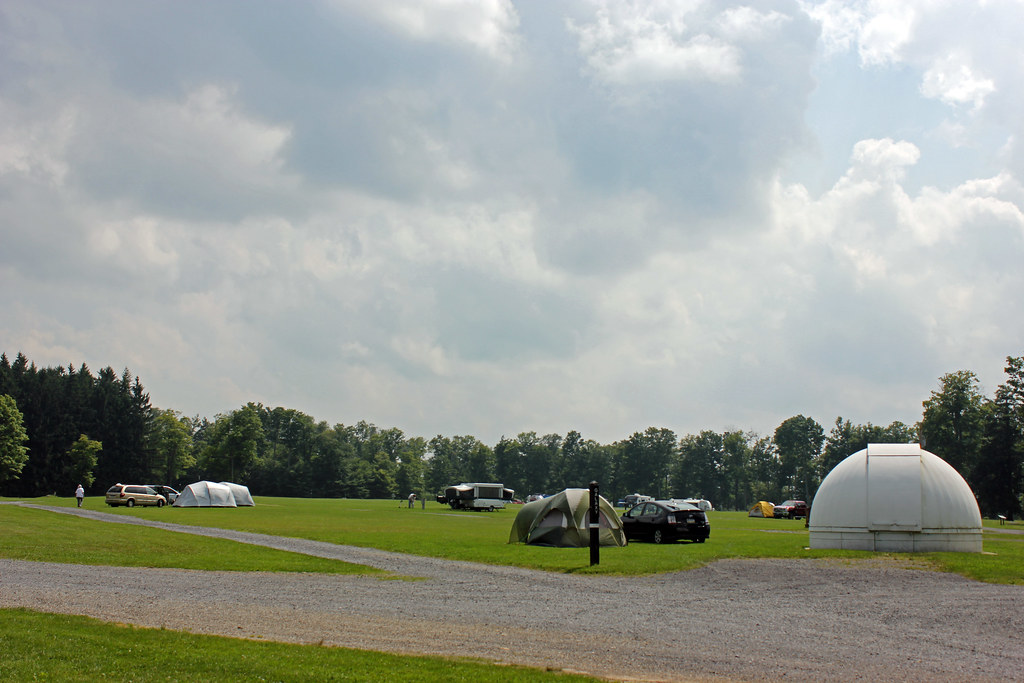 Even at Lyman Run State Park, we saw an incredible amount of stars.  Far more than we ever see at home.  I cannot imagine what the night sky would have looked like from the astronomy field at Cherry Springs!
Posted by dogbird daily at 8:35 PM