Today was a big day for Molly.  In fact, it was probably too big!

We headed out to the Freehold Show Grounds again for an outdoor agility trial ... and a Coursing Ability Test x 2!

Of course, both of my agility classes conflicted with both of our CATs.  Of course.  First was Open FAST.  Molly and I started walking over to the CAT area to check in, with plans to return to walk my Open FAST course, run it, and then head back over to the CAT.  Except Molly stepped on a thorn on our way over.  Her front foot became immediately leaden, a stiff and useless extremity that resulted in a very dramatic limp.  Not good.  I inspected her foot, found the thorn and pulled it out - I was rewarded by a fantastic squeal from Molly.  That was not good enough.  Her leg was useless.  Further inspected resulted in more crying, beginning quietly and escalating to hysterical screams.   Great.

I took my lame dog back to her crate, rinsed her foot off and walked back to the CAT area - I was assured that I had 90 minutes to return for Molly's test.  I walked Open FAST, without being sure if Molly would be capable of running it.  The thorn was gone, but Molly is hopelessly dramatic about pain of any sort.  In her crate Molly was no longer one with her paw.  She was curled in one corner of her crate with the afflicted foot on the other side.  Amputation was the only choice.  I got her out of the crate and began giving her treats, then began asking her for tricks for the treats.  Then we went and played some ball and....healed!

Was that painful to read?  Boring?  I felt the same way about it.  Let me tell you how much I was enjoying the thought of driving 100 miles one way only to have it all rendered useless by a quarter inch of wood in a Princess Pitbull Paw.

We went into Open FAST and nailed it with 66 points and a Q - the gamble was a tunnel send to the Aframe to a tunnel discrimination.  I had to pull Molly from the Aframe, off of her line and onto the tunnel end that was not in line with the end of the AFrame.  Yikes!  A recipe for a blown contact.  But we got it.  I am so proud of her!
I am wondering if she does better with me further away from the Aframe! May be something to experiment with at our next trial.

From there we ran straight over to lure coursing for Molly's first CAT.  Well as soon as she saw the bag she was out of her mind.   Screaming, jumping up and down and trying her best to shake her pesky owner away and get down to business: chasing the bag!  We had to wait in line of course and that was a small bit of torture.  We also had to be inspected for soundness, and I was given some toilet paper to wipe Molly's lady parts to make sure that she wasn't in heat.  What a laugh!  There is no video but rest assured, I released Molly when I was told "Tally Ho!" and received many compliments on Molly's "great run!" "nice run!".   I thought it was sort of funny because Molly would never even dream of doing anything except a nice run for her precious bag.   And different from the fun run was that Molly grabbed and shook the bag this time and did not want to let it go!

We had a break from everything, so I went over to the Excellent/Masters ring and tried my hand at some agility photography.  I did not get a whole lot of photos that I loved, but I certainly had a lot of fun and wish that I had taken more! 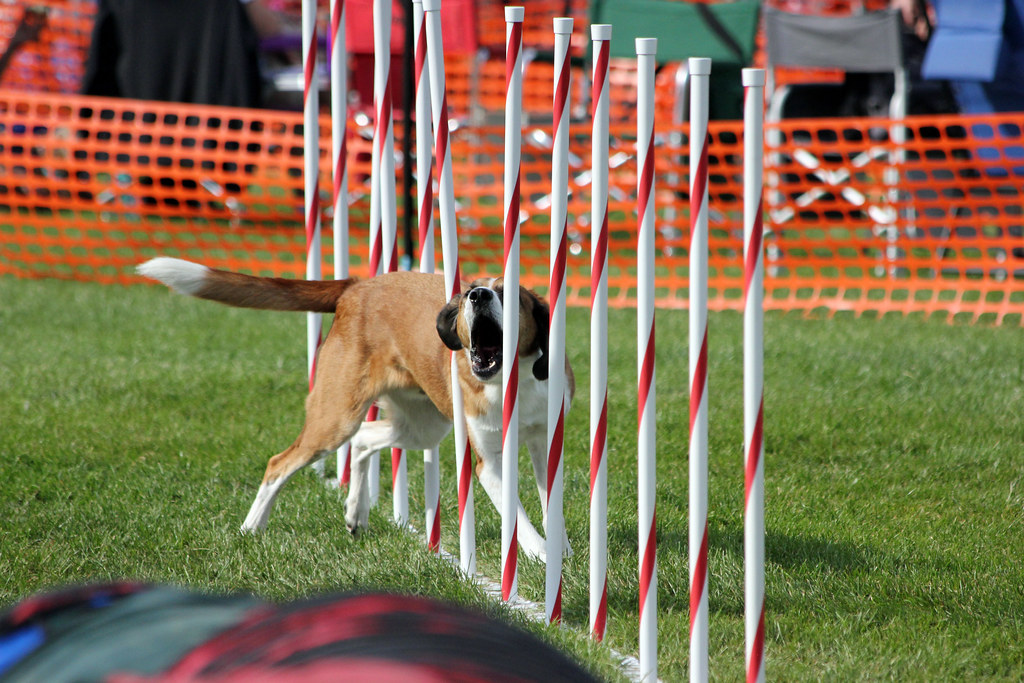 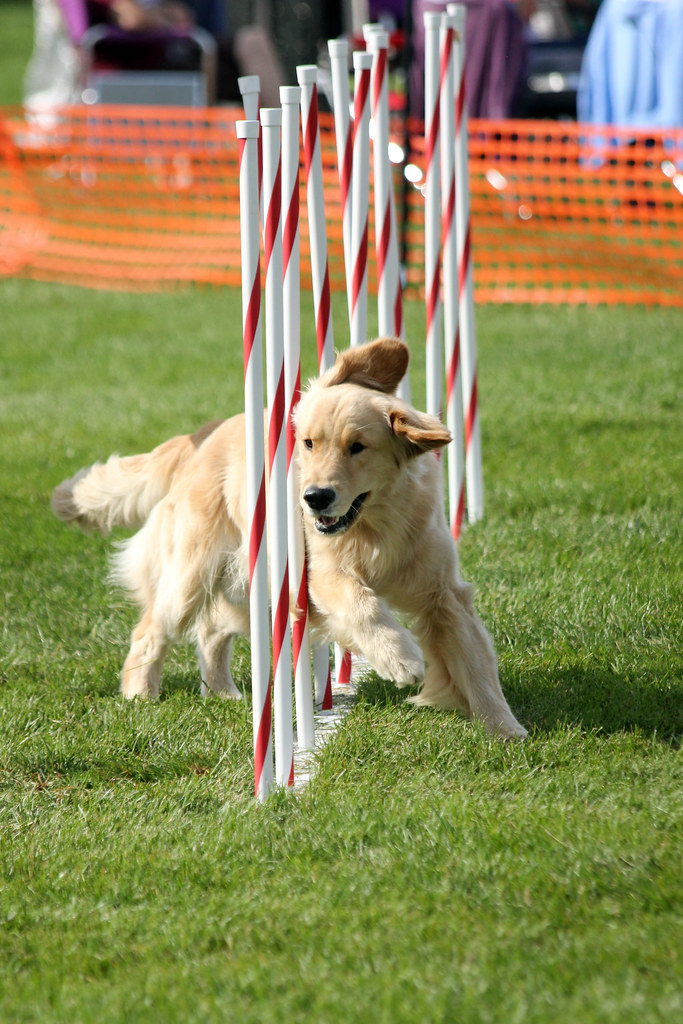 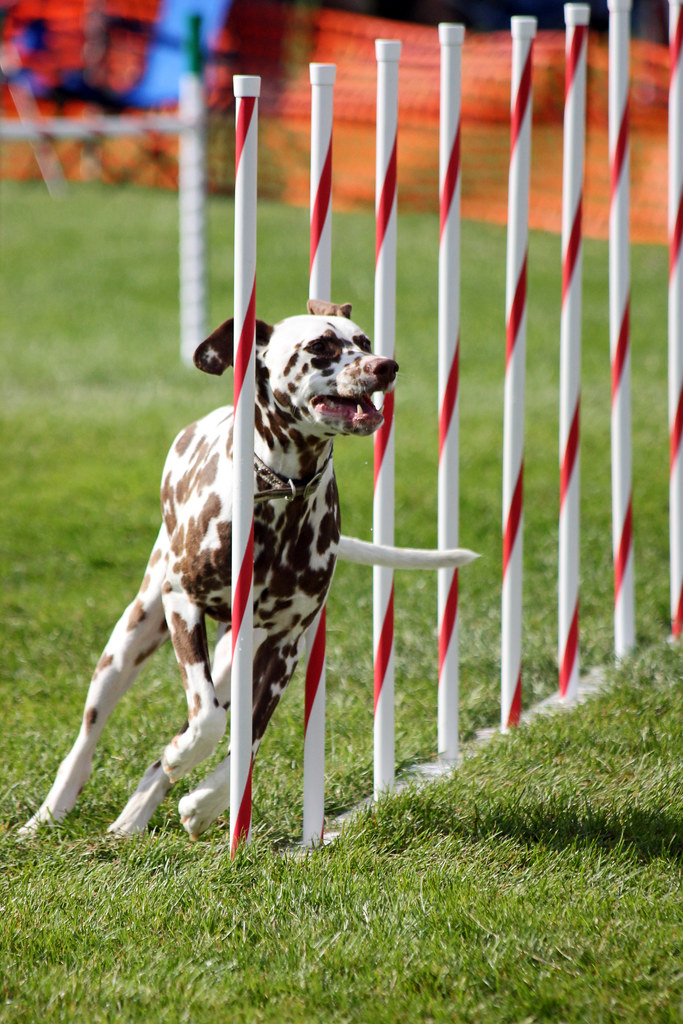 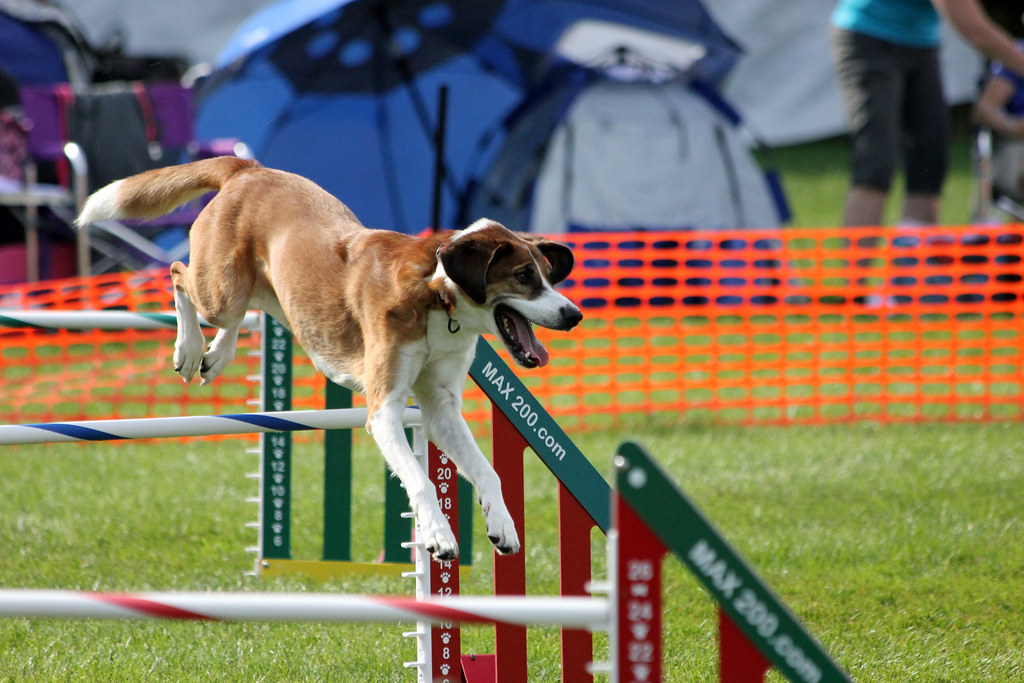 The afternoon brought an even more intense conflict.   The second CAT test ran way ahead of schedule, and when Molly and I went over to check in at the time that it was supposed to start, it was nearly over.  We got stuck running the CAT at nearly the same time that Open JWW was being built.  I do not like needing to be in two places at the same time!  Of course our second CAT was a pass (with another vicious grab of not just one of the bags, but both at once.  Rawr!). 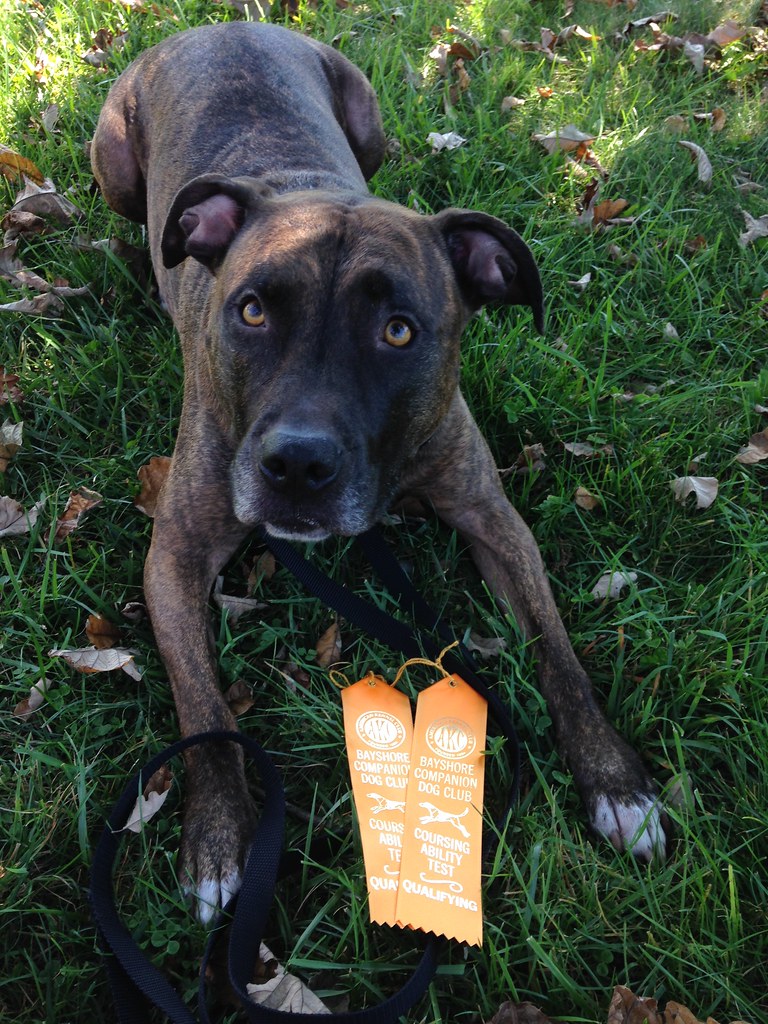 Molly was completely hot, tired and panting and panting.  I gave her water and arrived just in time to walk Open JWW.  The reality of doing CAT and Agility at the same trial settled in, Molly was way too tired to run her agility course.  I took her to the baby pools and hosed her off (she did not even try to escape, I knew she was appreciating the cool off.) and we rested in the shade until her run.  The agility field was hot and Molly was moving ... I would not say slow but perhaps a "jog" would illustrate the speed I was getting from her.  And we would have qualified.  Finally.  All of the NQs keeping us from that final OAJ leg, we have never once...dropped a bar.  We would have Q'd if not for a tired take off and one bar down.  I couldn't be the smallest bit unhappy with Molly, she gave me 100 percent on that course and really handled beautifully.  And agility had to be the thing she felt like doing the least in the whole world, and she did it for me.  How could I be disappointed with that?

I really love outdoor agility trials and I think that next year I would like to try to do more of them.  Of course, that is easy to say on beautiful days like today...not so easy to say on really really rainy days! 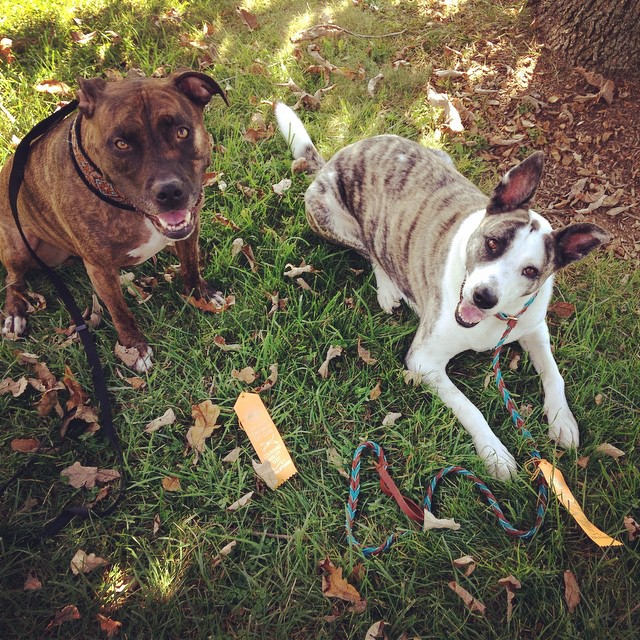 Posted by dogbird daily at 8:01 PM