Perri earned her AKC Rally Novice title at the end of January last year and I knew she was not ready for Rally Advanced at that time.  I was having a lot of personal anxiety about taking the leash off and losing Perri to lagging or stress, and I knew that until I did not feel that way anymore, we would need to put RA on hold.  Through all of this year opportunities to show came and went, and as the year wore on that stress began to let go.  "Perri has to gain confidence." over and over I said it.  And after her first year in the agility ring and our first year of taking some much needed classes at the Fenzi Academy, I really feel that I have a far more confident dog.  And she feels like she has a more confident handler!

I had an absolutely wonderful time last year at the Valley Forge Kennel Club's December double rally trial, so when entry sendin' in time came around this year I decided it was time to unclip the leash and go for it.  I knew that I liked it there, I knew Perri liked it there and I knew that I would enjoy mirroring our experience from a year ago, at the next level.

That didn't stop the stupid butterflies in my stomach ringside.  You think you're over that kind of stuff when you've been trialing for over two year but there was something about what we were going to do in the ring that made me feel a little nervous.  We were going to show progress, show our hard year of work, show more confidence...heel off lead and not stress out.  And we did. 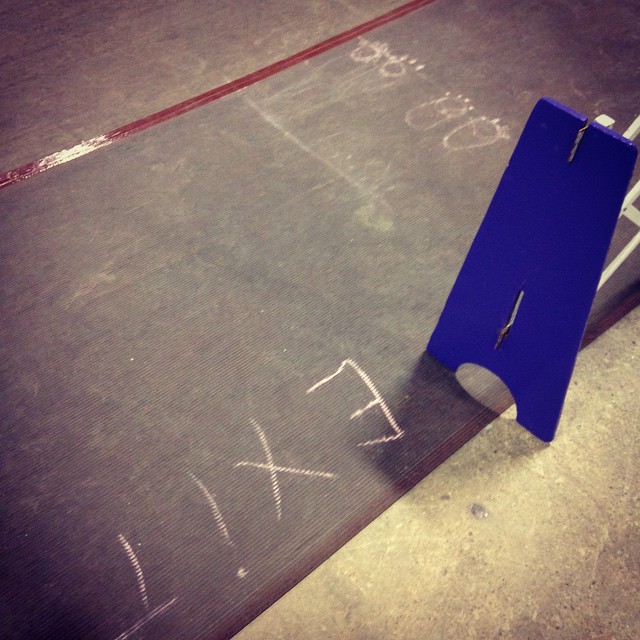 Perri's first round was a score of 97.  The first sign was the Halt-Sit-Fast Pace from Sit which isn't the very best thing for Perri.  On a left turn I put my hand up, intending to ask her to tuck her butt into the turn.  I don't know why I did that, it was completely unnecessary, Perri would have done that left turn flawlessly if my hand had been where it belonged.  She sat because she thought I was coming into a halt.  I didn't like our Halt, U-Turn from Halt because I failed to let Perri know where I was going next, and it was awkward.  But I am being too hard on myself because really, we had a great time in the ring, and her heeling was absolutely wonderful by our standards!

The next round was a 96.  It was ridiculously similar to the first course and if I am honest I was a little disappointed by that!  I guess I have reached a new level where I want to be more challenged rather than just surviving our time in the ring.  The one thing that was different about this course, though, was that she would have to Down twice.  Oh, our Downs.  She doesn't like them, and I am struggling to make them valuable and fade my hand cue.  (We cannot proceed to Rally Excellent until this issue is resolved!)
We struggled a lot with the first Down.  She lagged a little bit and then got stuck in a Sit-Stay on the Halt-Sit-Step Right 1 Step-Call Dog to Heel.  Following that she did a pretty nice down and turned it on!  Nice heeling and the judge even said, "Great Finish!" 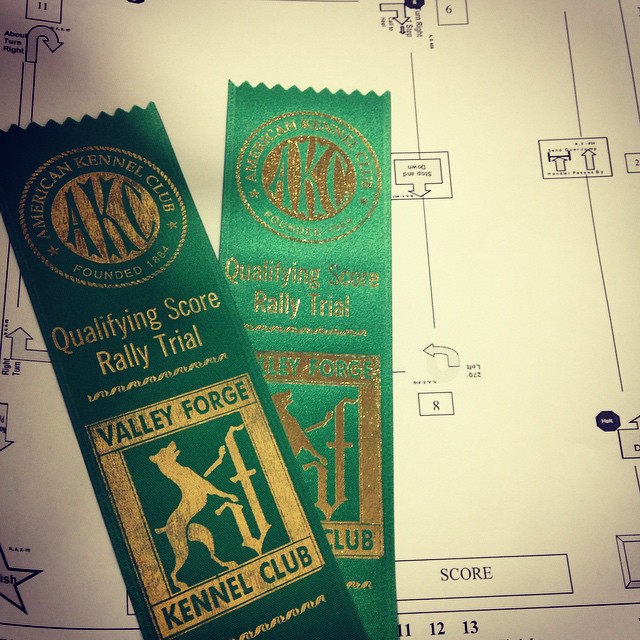 As far off as April seems, I think that we will save our title leg for the Poodle Specialty.  That's right, Perri and I are going to the Poodle Specialty this year!  Since Perri is actively and confidently working in AKC events now, I think that it would be an awesome experience for us.  The plan for now is to do Rally and Agility.   Novice Obedience....maybe?  I feel like my girl and I have grown tremendously this year and I look forwards to where we are headed for 2015. :)
Posted by dogbird daily at 6:26 PM

Email ThisBlogThis!Share to TwitterShare to FacebookShare to Pinterest
Labels: akc rally, it's all about the journey, perri, rally obedience