We did Jumpers first and it was a pretty fun course with some traps and fun handling challenges.  For Molly I decided to amp up my own personal challenge by doing a front cross after jump 16.  This was completely do-able, all I had to do was trust Molly!  We ran the course really well together and we were flying and I did do the front cross beautifully, except that I should have sent her to 17 right along with the front cross....because she ran around it and into the tunnel.  My fault!  Some people were teasing me that I shouldn't have tried to go on that side but I knew that if I was a more seasoned handler I could have easily done my "challenge".  There was a handler there who is very skilled and the dog she ran this course with has a MACH and she did what I wanted to do and pulled it off nicely.  I will get there!  I am glad that I tried, and it felt fun to have pulled off the actual front cross and trust my dog at a trial. 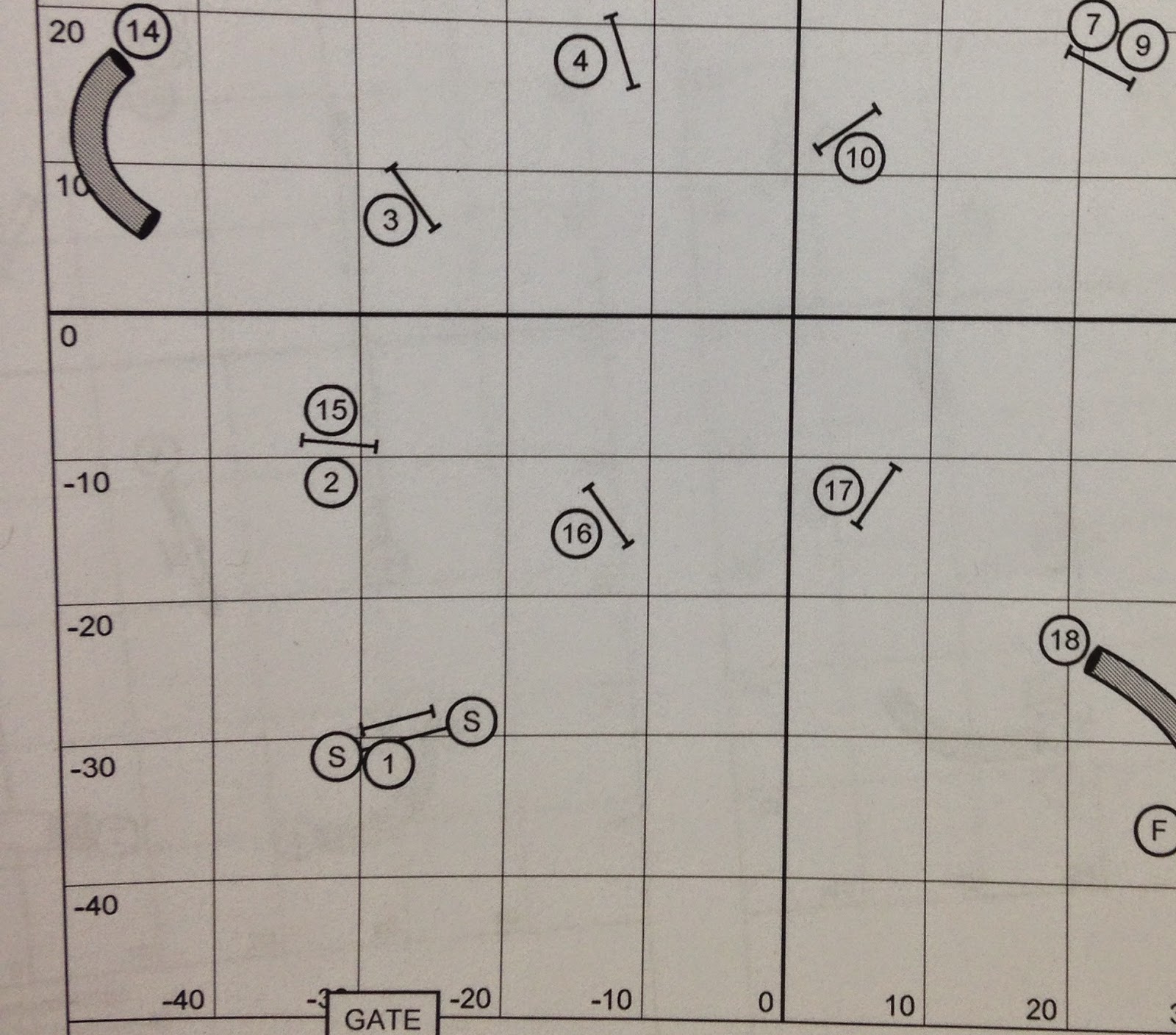 With Perri I handled things slightly differently but I did do a lead out with her again!  Actually, all weekend (Unless we were starting with a tunnel, which we did in Wildcard and Standard.)  This run did not feel smooth with Perri but we are still working on the jump run outs.  This is an issue that plagued Molly in the beginning so my hope is that as Perri and I learn to be a team, things smooth out.  And of course, I stayed on the left side of the last jump line and pulled Perri over 17 and rear crossed.  Perri moves into Jumpers Level 4 now!


Next was Perri only in Wildcard.  When she came off the dog walk she stressed down and went sniffing and then she just wasn't right after that.  She gets an off course tunnel and did not read my pull to the correct end (I blame it on stress after watching the video because after watching myself, that would normally have been very clear for Perri to read.)  Poor Perri!  I hate seeing her this way and felt like I was pressuring her in the ring too much over Friday evening and the Jumpers run.  I completely forgot that you are allowed to have an Off Course fault in Wildcard Level 3, but I am actually glad I didn't "fix" it and just ran her out of the ring with lots of praise instead.  It was really the better choice for Perri in the end (also: we would have probably been over time.)

I took her out to the "sheep pen" and let her do poodle pouncing and tuggy toy, then let her stay out in the car instead of her crate until her next run.  Perri finds the car to be much more relaxing than indoor crating! 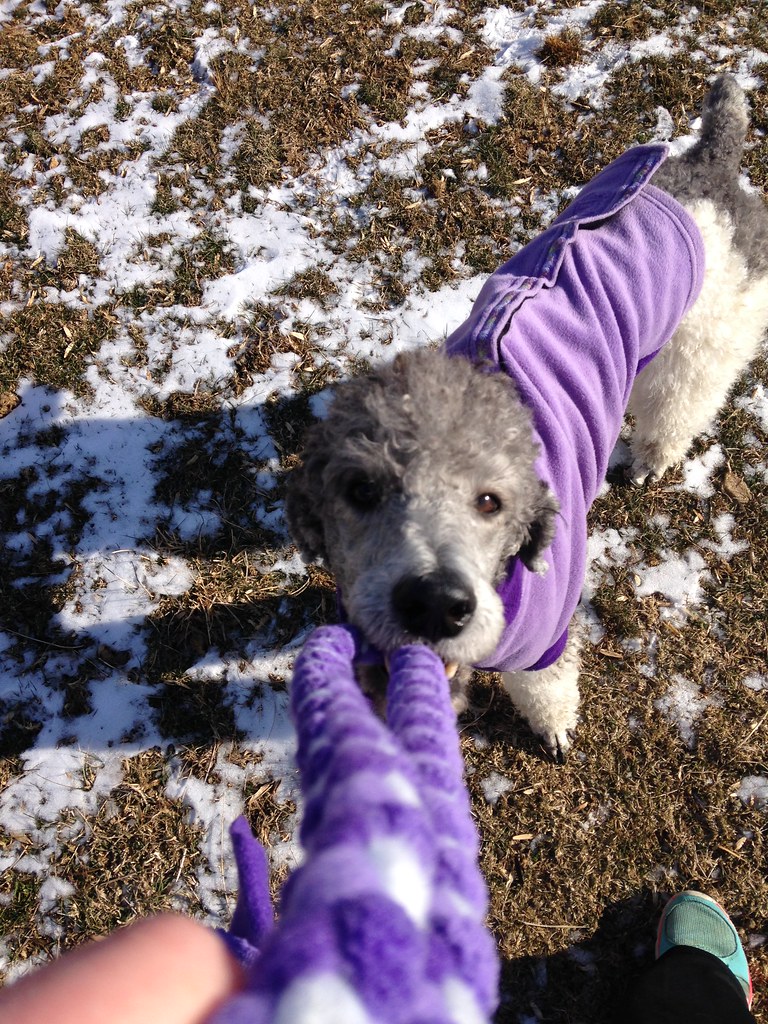 Next was Snooker and I spent most of the class while waiting letting Perri flirt with the toller that she has a crush on and feeding her Charlee Bears.  I wanted a happy poodle!  It worked!  Perri was back to my good girl again and flew through the opening with jump wraps and front crosses and did a beautiful closing and even got a tricky weave entry.  Of course, her very best run of the weekend and it was not on video!  It felt great to have a happy poodle again!

Last of the day was Standard.  Perri's class went first and she had a rough start.  She seemed happy enough but she popped out of the weaves and stressed down and acted like she had never seen weaves before.  I "put her back in" and I wish I had cheered her up and started her off from the beginning.  Putting my dog back in is not quite the picture of the performance I want and it is easy to forget that out in the ring.  Another handler had her dog who is normally very solid in the weaves totally miss the entry and act a little goofy as well.  In the afternoon the sun from the garage doors of this training building shines harshly on equipment, and there happened to be a very bright patch right on the ground just out of the tunnel and before the weaves.  To blame?  I don't know.  After we got through the poles Perri gave a stress shake-off and rocked the rest of the course for her Level 3 Standard title.  Baby dog is going to Big Girl Standard with the 45C class now!


Molly was next.  Of course, how very much I wanted a Standard Q!  And we were close.  So close!  I knew I had to run the Aframe, so I did.  I visualized Molly running the contact zone, it would happen!  The JUMP after the Frame, it would happen.  She did the contact clean to the bottom (I asked the judge afterwards because I sure wasn't looking!) and...took the off course tunnel.  I continued running as though it had not happened, she went into 4 and we had a really beautiful run.  I front crossed at the end of the dog walk and no "EASY, TOUCH, WAIT's" from me, just told her she was a good girl and turned into the cross nice and early and she did the pinwheel great.  The weaves she was slow and had no rhythym but she stayed in and we got a great time.  Shame about that off course!  I was super happy with this though because: I kept the stress out of Standard and she did all of her contacts for real, not a toenail in and a prayer style either.  So...yay? 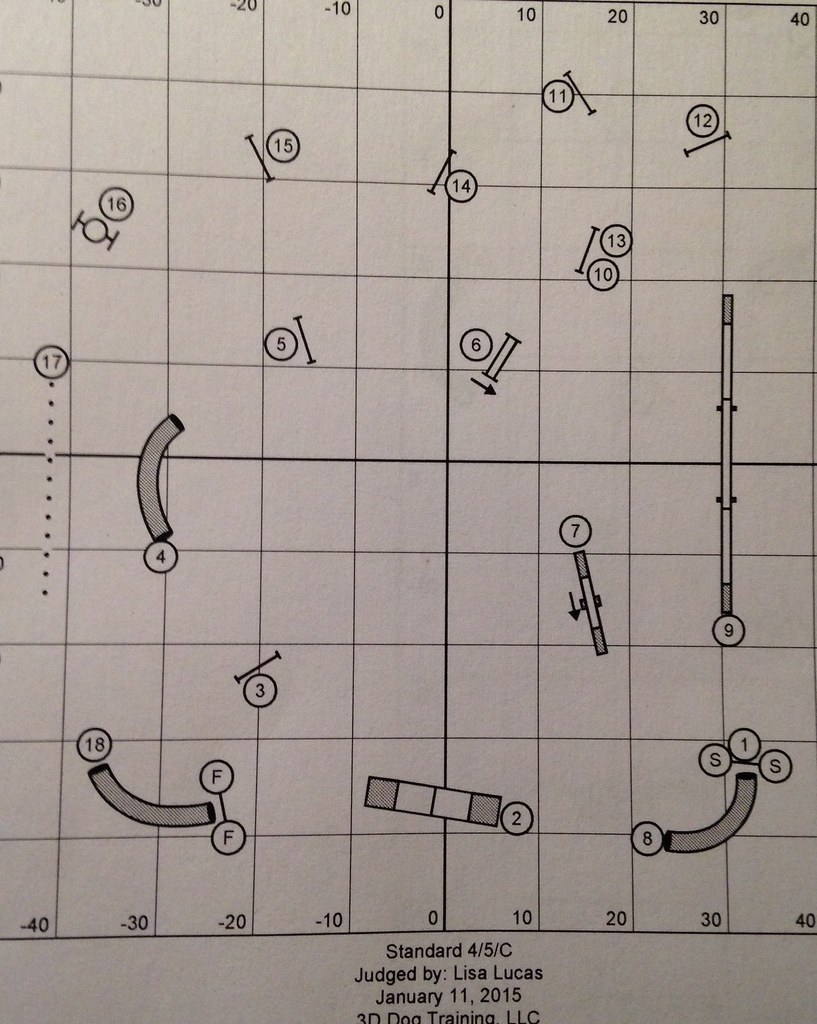 I was very happy with our attitude together out there.  And as for the Aframe: this works.  Now we need to work on "exiting" the Aframe because Molly is like a runaway train coming down that thing and anything short of the next obstacle being right in front of her line is going to need work! (especially tunnels!  It is like there is some sort of pitbull magnet in those things.)
We are figuring this out, one day at a time, what works for us.

And yes.  The girls looked absolutely adorable with their new leads and we all collectively enjoyed having leashes that are also tug toys.  Sweet! 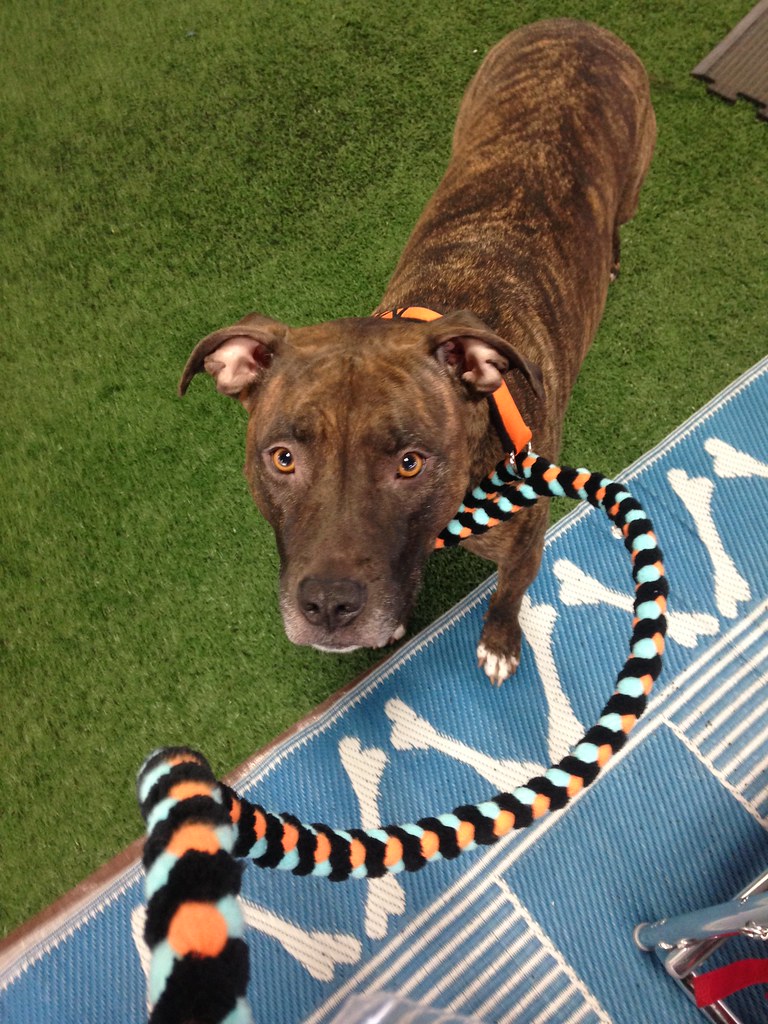 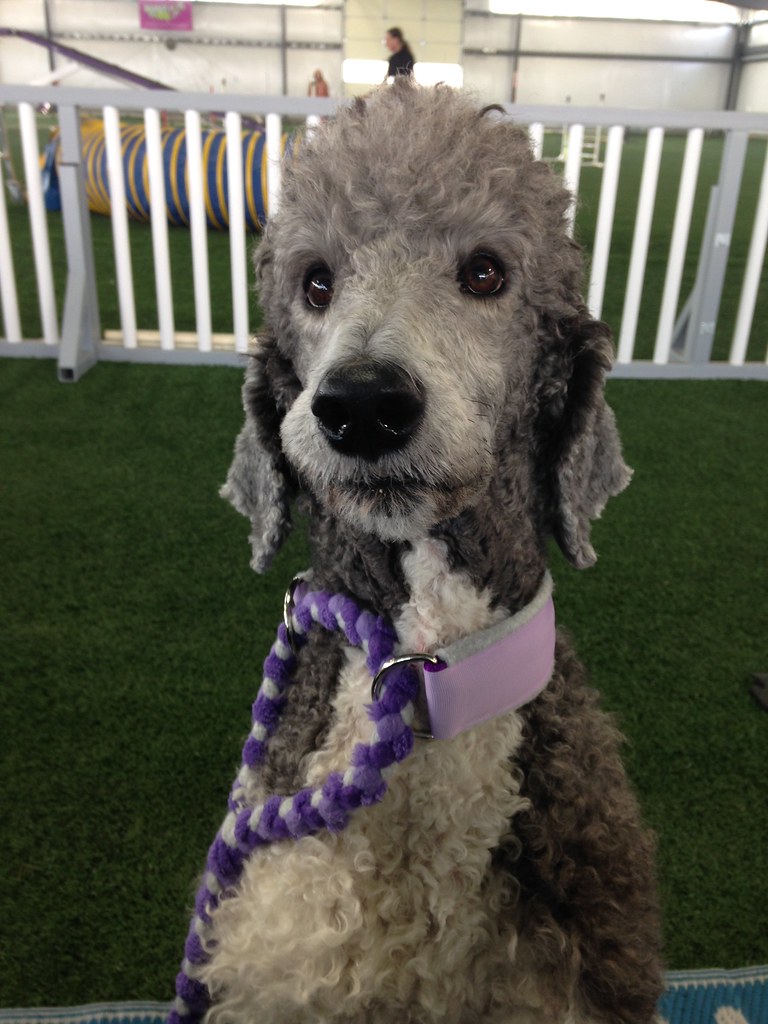 Posted by dogbird daily at 2:36 PM