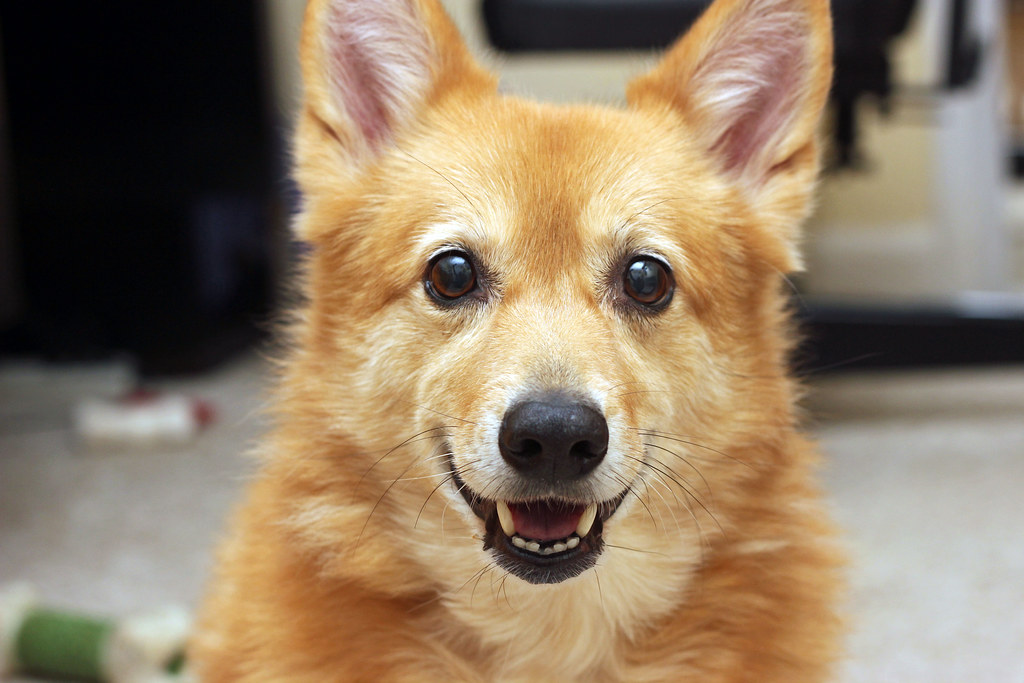 In case you didn't know, Ein is the cutest! 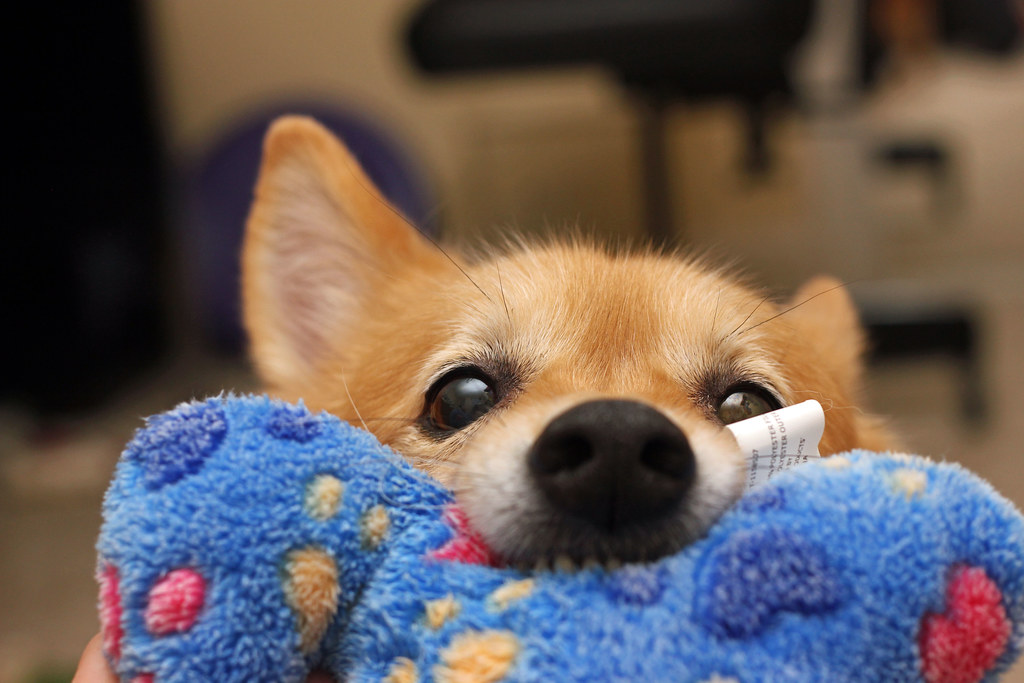 He stole Molly's free plushie toy that she was awarded for being entered in last weekend's trial! 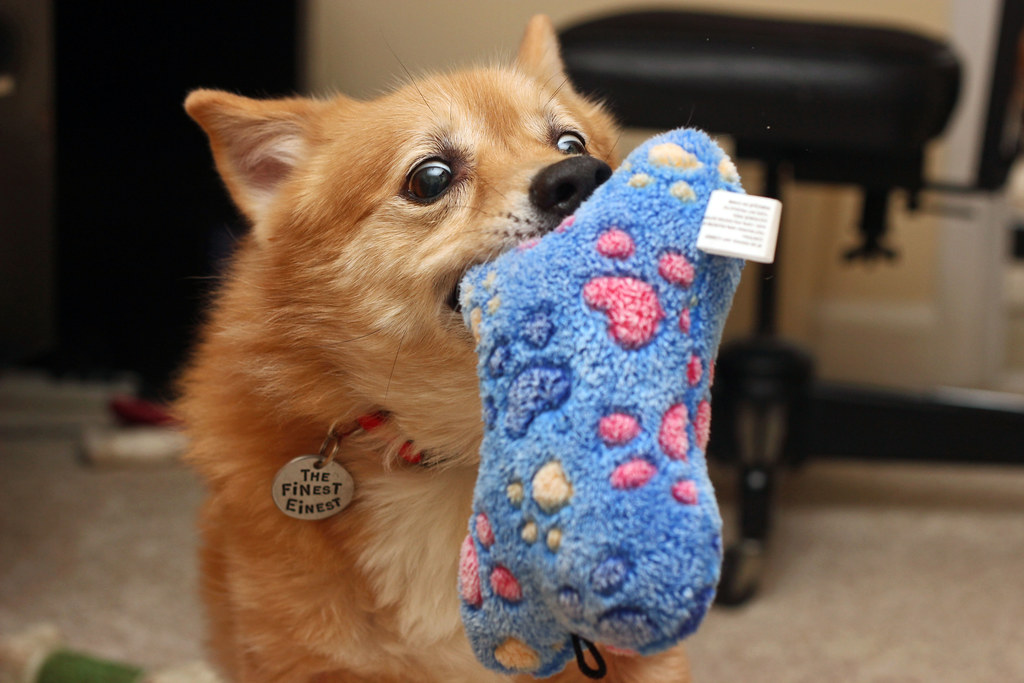 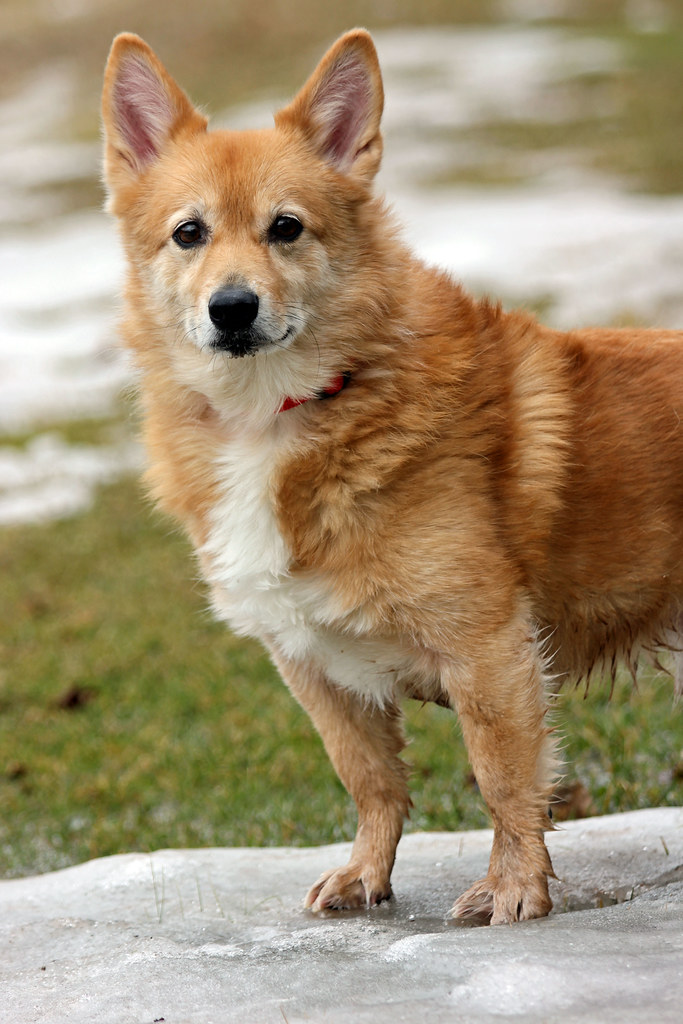 Then we went on a little field trip to place a travel bug in one of my geocaches , hidden in my favorite local park.  It is my favorite park because it has a big field for dog walking and ball playing with a creek running through.  We visit once a week or more when the weather is warm! 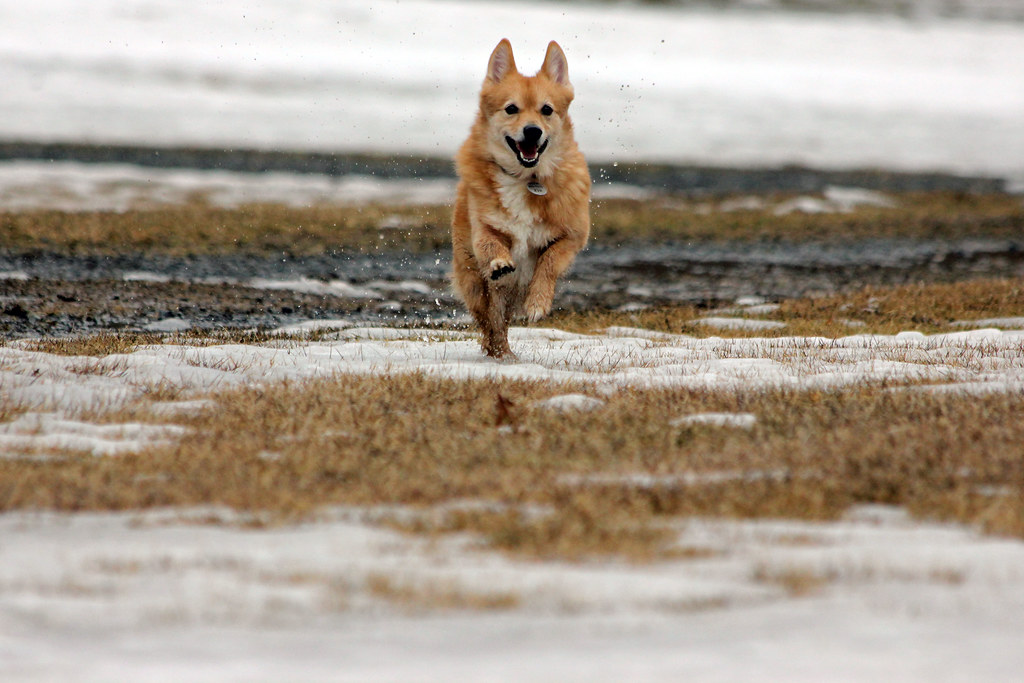 Somebody was overjoyed to be out for a run without the other two annoying dogs tagging along. 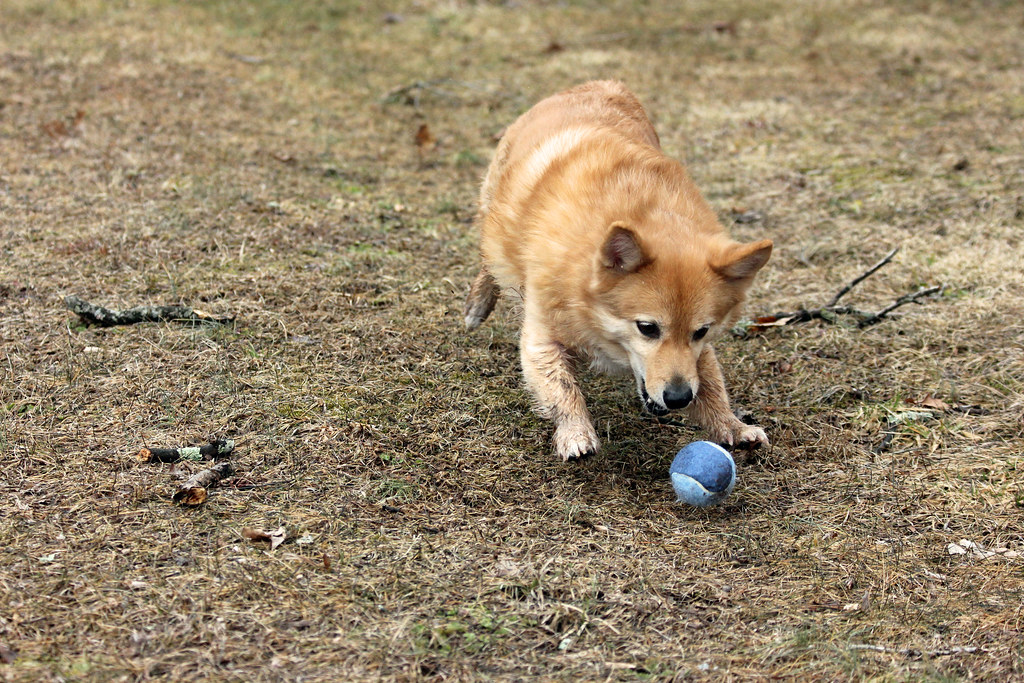 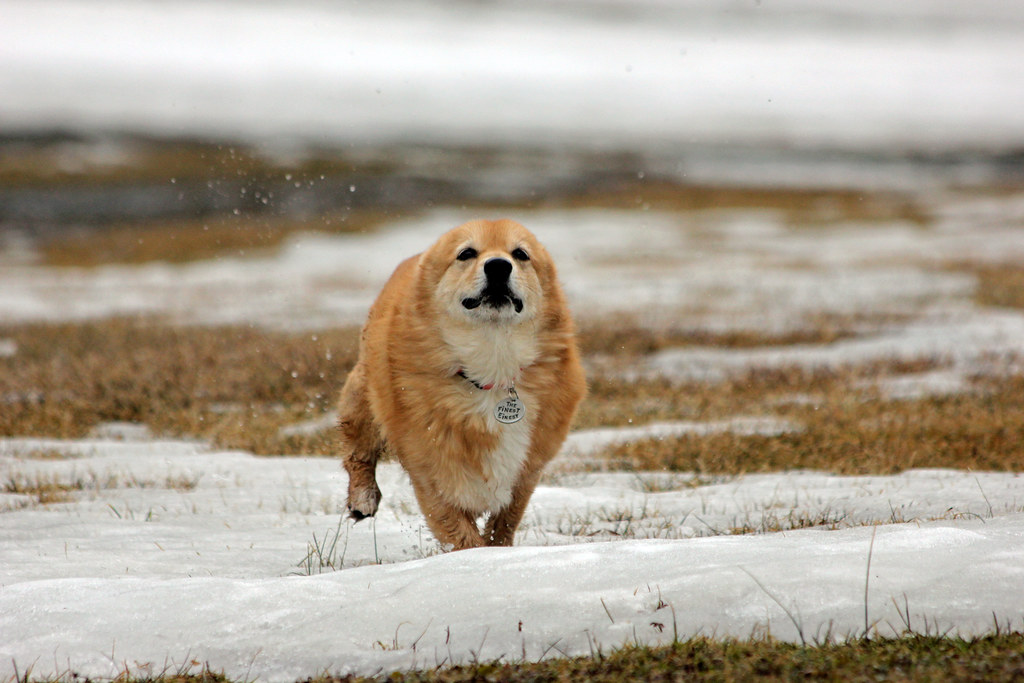 So happy his ears disappeared! 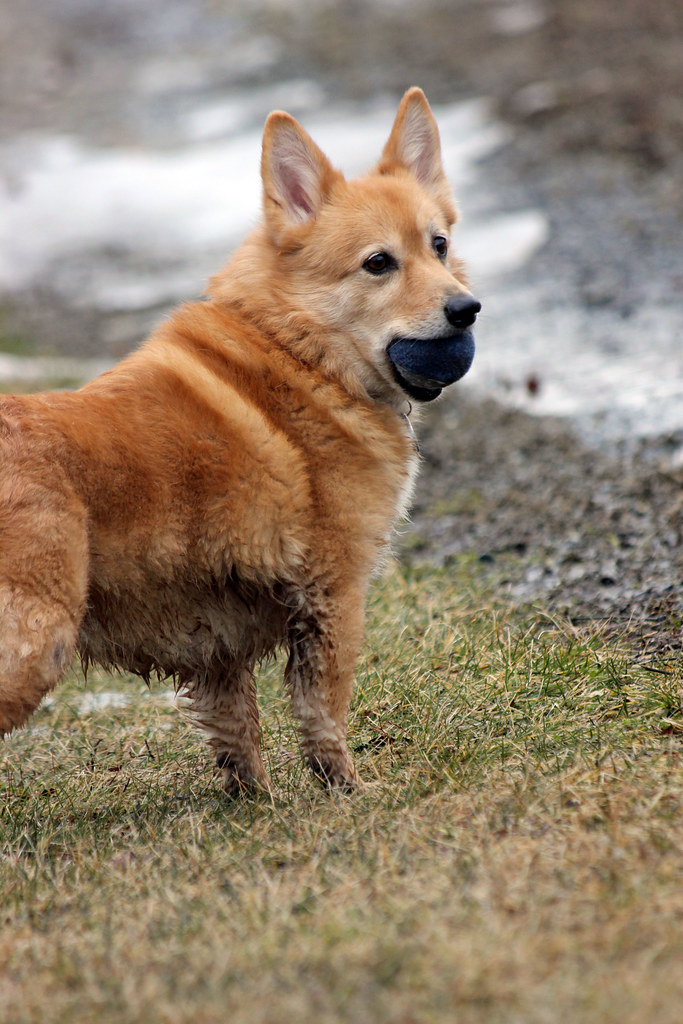 Ein didn't do much fetch.  He seems to be content to just bring me the ball and have me take it and give it back to him so he can trot around with a ball in his mouth until the next time he wants to share it with me.

Ein was pretty sore after running around and I felt sad about it.  He was definitely doing too much sprinting, especially since there was a fair bit of snow left on the ground.  He is feeling a lot better now but he is still stiff in his rear end from overdoing it.  I feel a little guilty for not limiting more but then, I have to let him enjoy himself.  Where do you draw that line between protecting an older dog from the consequences of acting like a  young sound dog...or just letting him enjoy himself for a little while?  I am still trying to figure that out.
Posted by dogbird daily at 10:36 AM