As far as we have come, this week felt like our most unremarkable week.   And that's a good thing. Routine. Looking back, the most difficult thing about this was that our routine was severely disrupted.  We had to learn to live our lives a different way, and not a way that we enjoyed.  Perri and I certainly don't love our new boring life, but we have become used to it.

She spends most mornings and afternoons in her room until I get home from work.   Whatever I do after work, Perri is included - even if it is just to ride along.  Which she loves.   Training classes, trials, trips to the grocery store, whatever it is, Perri comes along.  I even let her lay in the bathroom while I get a shower in the morning, anything to break up the monotony of being confined in her room.  Perri is not a wild dog brimming over with energy and she is tolerating this really well.  On one or two occasions I came home, let her out and put her back in the room after she was already in there for hours and then there was some barking and frustration - understandable.  Perri is easily consoled with a "Busy Bone" (another trashy eat but she loves them.)

Exercises are continuing to go well and the Red Barn roll has not lost it's value for Perri.  We were only able to visit the UWTM one time this week since they did not have any appointments available on the only other night my schedule allowed.  She is up to 22 minutes still at the higher rate of speed and looking great.

I have noticed, starting just last Sunday especially, that Perri is defnitely using her bad leg to stand up with at times, when it makes sense.  (Instead of going out of her way to use her left every time, if using her right is "easier" that is the one that she uses.)  She will still off load onto the left at some times, but those times are decreasing.  The rehab people were happy to hear this on Tuesday!  I'm happy too!  I am not imagining it.

I have been avoiding clipping Perri's feet, because I did not want her to stand for such a long time.  I especially didn't want to force her to weight bear on her bad leg more than she was comfortable with.  I gave foot clipping with Perri laying flat on her side a try, on suggestion of a friend.  I didn't know how Perri would tolerate it, but she actually was a lot more cooperative than she is while standing!  It was a different angle for me, so it took me a little bit longer than usual, but it was great to get all that fuzzy hair off of her feet.

I also ordered three prints from Perri's last (temporarily, I hope.) agility trial.  That was such a beautiful weekend in September and Perri looks so happy and I am so overwhelmed with love for how much fun we had in the agility ring together from May 2014-September 2015.  I am terrified that we will not be able to return.  But I can't think like that.

NEXT TUESDAY is our progress re-check.  We are doing this, we are making it.  I don't expect Perri to be clear on Tuesday but we got this far and that is something.  I am hoping her body shows some progress for all of our hard work. 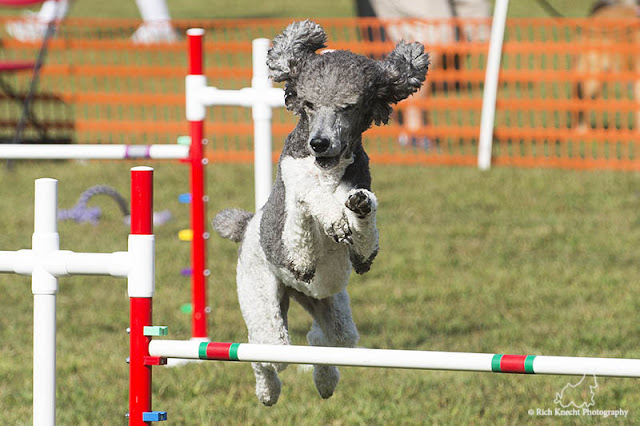 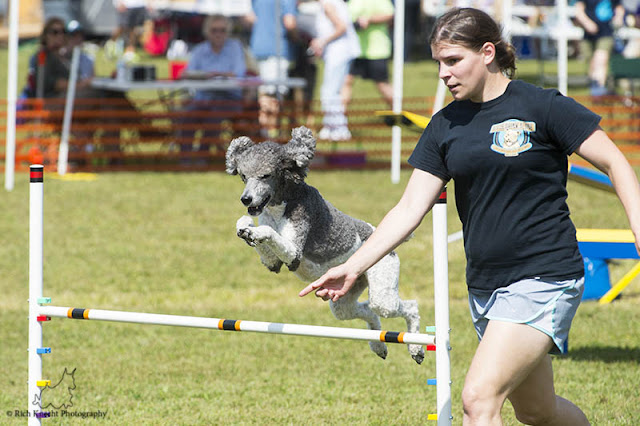 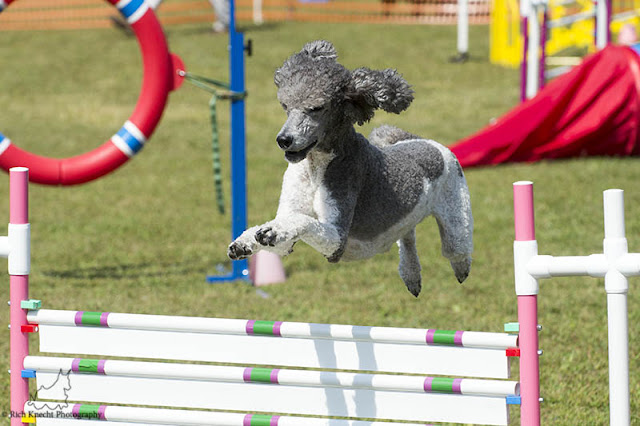 Posted by dogbird daily at 3:43 PM