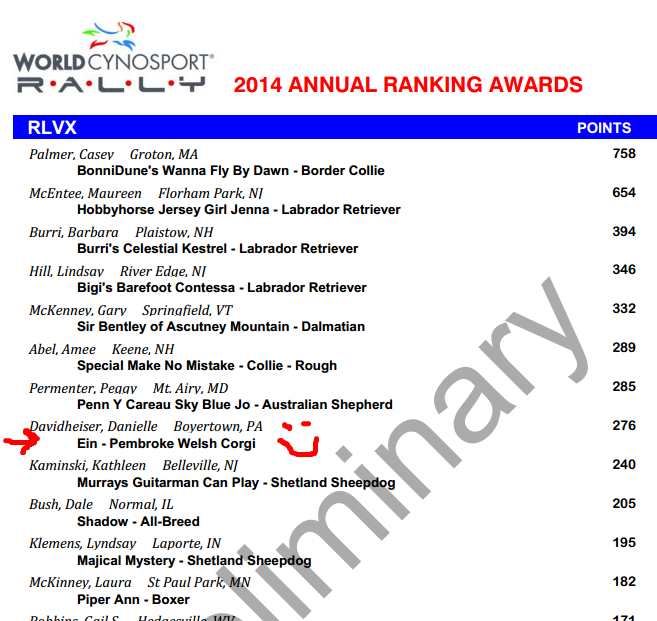 Last year, sometime mid-year heading towards autumn I realized that Ein had a pretty good chance of landing in the annual rankings for Veterans championship class.  The annual rankings are based on the highest title your dog has earned in the rankings year (2014), and for Ein that is Veterans Championship. (5 Qualifying scores in Veterans B class.)  Point accumulation is based your your qualifying scores, so if Ein would earn a 210 that would mean 21 points, a score of 209 is 19...etc.

Since Veterans class in Rally is the only thing that Ein does anymore I decided to step up our showing game a little bit to gain more points.  Before late summer, I had never gone to a Rally-O trial to do just Veterans.   But it's not "just" Veterans.  It is getting in the ring with my boy and dancing together, and his ring and life confidence took another jump in the last half of 2014.

If I look back on our year in Veterans class, my favorite two moments were probably the time in Lewisberry when we had to do the "signals exercise".  That exercise plagued us while we limped through Level 3 and I was certain that we would NQ on it.  Not my boy!  He stayed in his moving stand, dropped and popped into his sit without scooting forward at all and recalled...no repeat commands.  I was floored!   The second was of course the December DTCCC show when he was ready to either explode or turn inside out from the joy of cheese and working with me.  It was the closest he has ever come to absolutely zero stress or fear behaviors, and total ecstasy in the ring.

Ein used to shed pounds of hair at rally trials.  He would freeze and stare into the crowd.  We lost point after point for double commands because he absolutely could not hear me, he was so locked up by anxiety.  He lagged, and unlike Perri, it was not because he did not understand heeling, but because he was so anxious that he could not find the joy in heeling with me.  For some the joy comes in achieving the higher titles - and indeed it is a great honor and a great journey, one that I hope to take Perri on.  For some dogs this journey makes them better dogs, stronger dogs, braver dogs.  For Ein, Veterans class did all of those things for him and more.  To be in the Annual Rankings in the sport that changed his life and had great part in healing his mind brings tears of joy to my eyes. 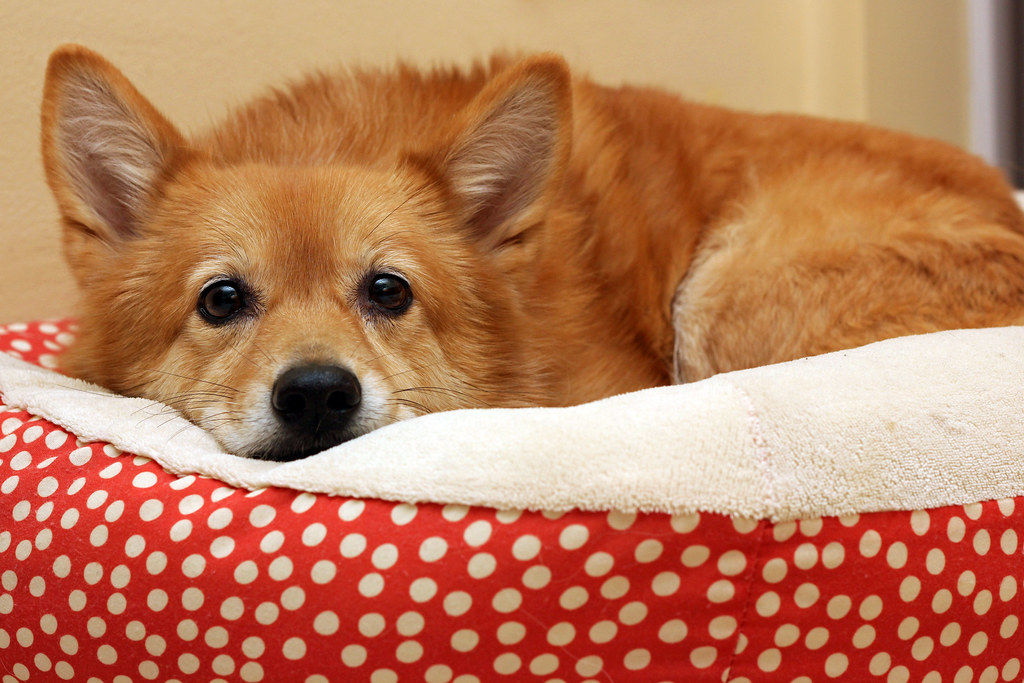 Posted by dogbird daily at 7:10 AM