Good things come to those who wait.

Yesterday I fell one geocache short of making 800 finds on my birthday, which was a little disappointing for me.  It was not a huge goal in the grand scheme of things, but it was a fun goal.  On my lunch break at work I did a search for which geocache I would make my 800th.  I found one in a Sanctuary pretty local to me, but that I had never visited.  Beaufort's Run Sanctuary.  I thought it might be a nice little walk after work, but nothing too out of the ordinary.

The sanctuary was in a neighborhood.  I do not like neighborhood geocaches, because I feel intrusive.  I felt anything but at Beaufort's Run.  This was a Sanctuary open to the public, and just driving up to the small parking area, I could tell it was special.  And then I had a real surprise... 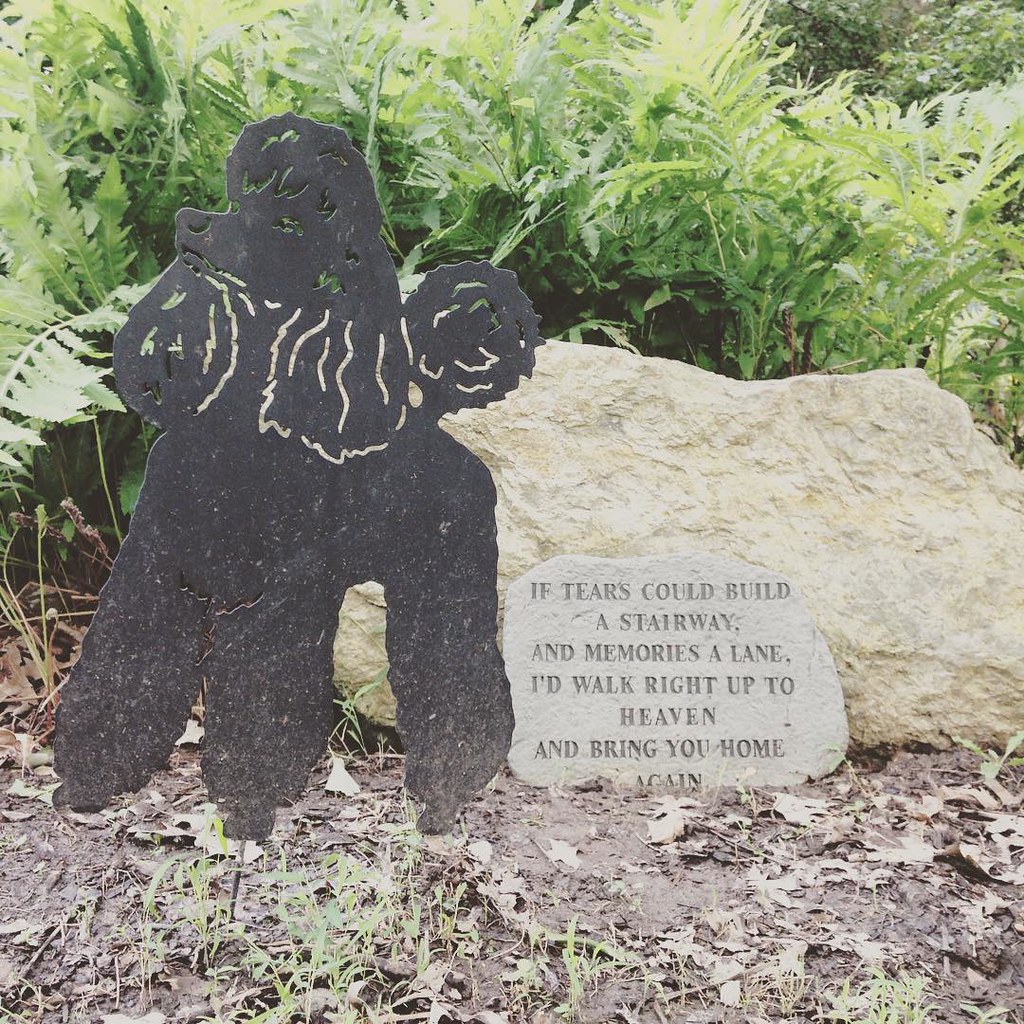 Beaufort was a Standard Poodle!!

The walking path had carefully laid mulch chips.  There were birdhouses everywhere, for all sizes of birds.  There were all sorts of special little decorations, wind chimes and so many things that added a special and personal touch to this beautiful little sanctuary.  The trail was undemanding and Molly and I reached the geocache in no time.  I had another smile when I saw that Beaufort, the poodle, was laminated on the outside of the ammo box that was the geocache container. 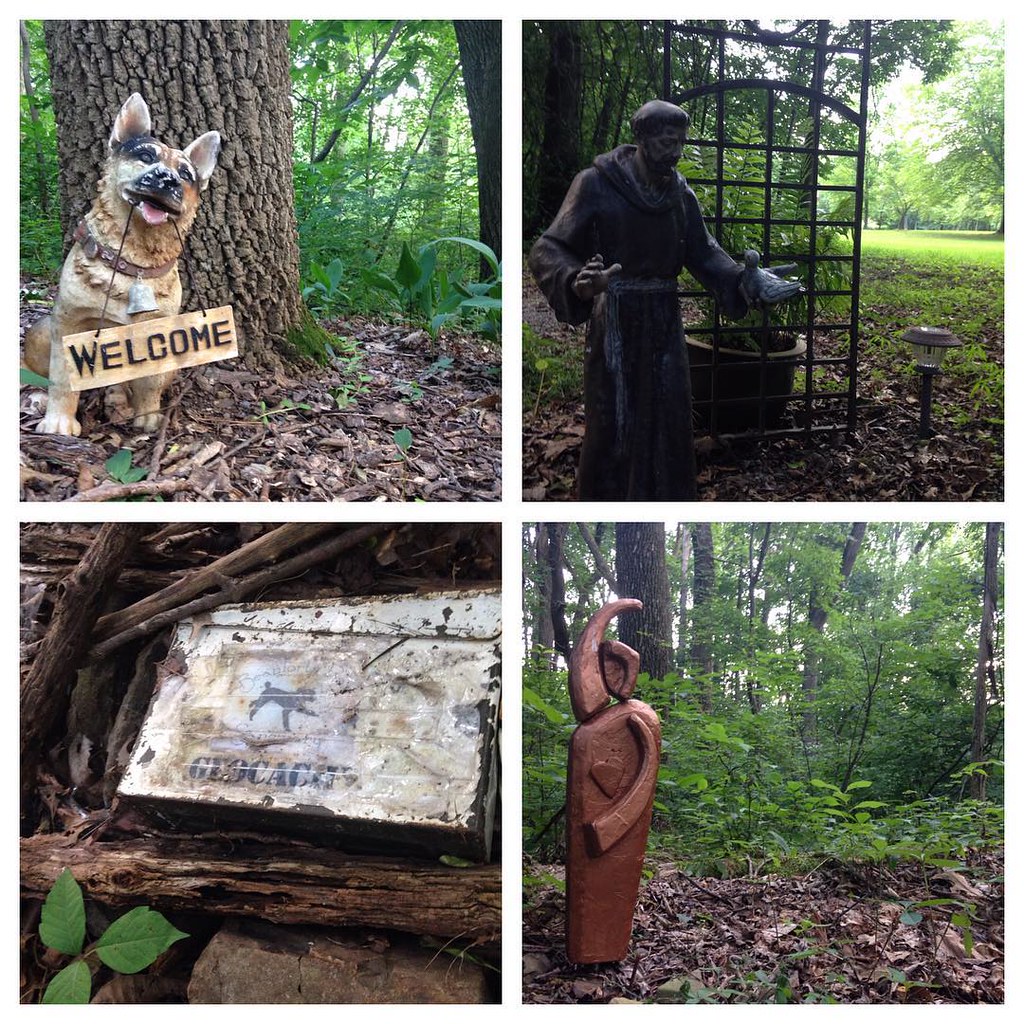 We did not stay long.  I was on call for work and only had time for a short walk.  Somebody else was walking down the trail with an unruly puppy and Molly started chattering at him and seemed to be in one of her "reactive" types of moods.  But it was such a special visit.  I would love to return to the Sanctuary sometime with Perri, and perhaps run into the owners of the place.  I looked up the Sanctuary's facebook and it looks as though they continue to share their life with a standard poodle.  (Beaufort passed away at eight years of age from liver cancer.)

Number #800 could not have been more perfect. 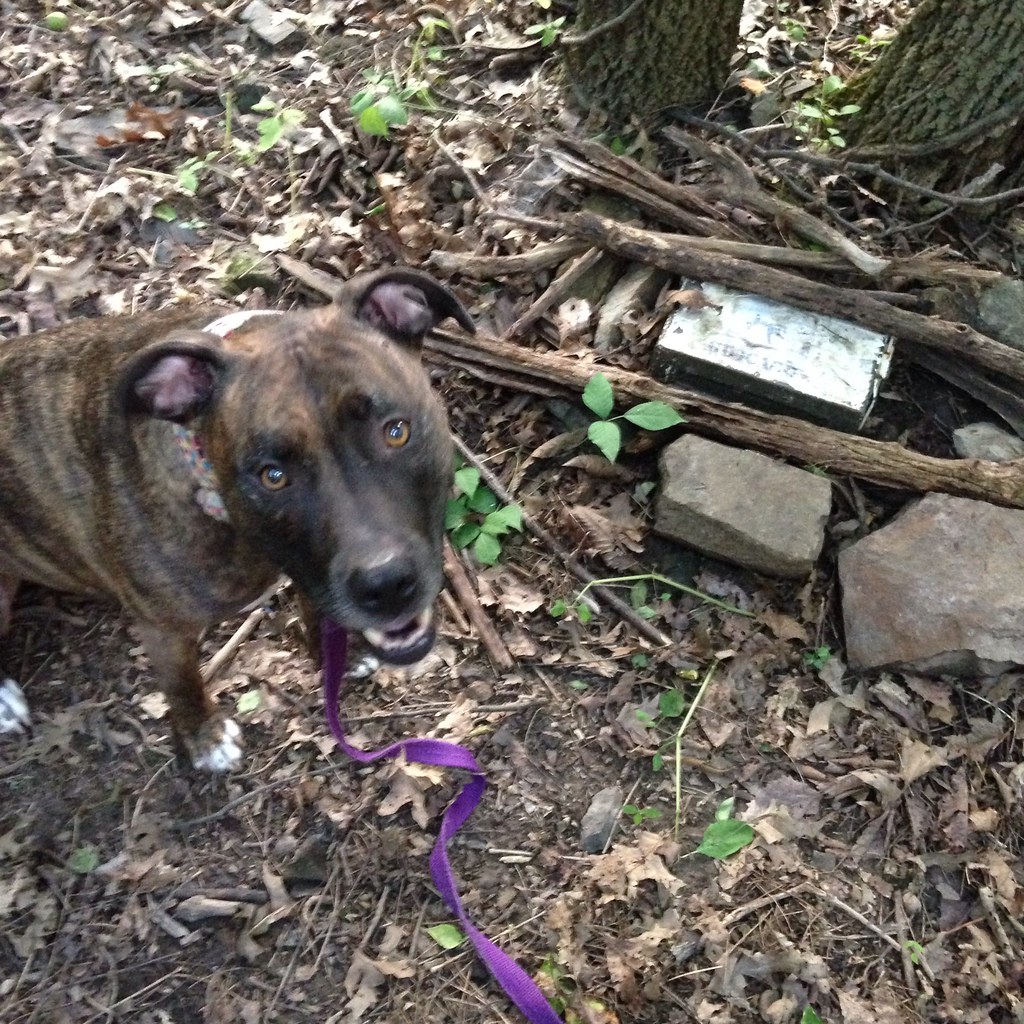 Posted by dogbird daily at 6:50 PM