Yesterday Perri and I went hiking with our friends and their poodle Daphnee.   I was excited to explore the Turkey Hill Trail, which I hiked semi-frequently when I lived in the area, but I had not hiked it since the new rails to trails was added to the area.   It used to be a point to point trail, so you either had to hike out so far and turn back around to get back to your car, or get someone to leave a car at the other end.   I discovered that it still is that way, but my friends and I also found a small connector trail that looped down the mountain past some waterfalls and right back onto the Enola Trail.    It's a super hike to spend some time climbing up the mountain, visit the big wind turbines, walk along the ridgetop and then descend back into the woods and onto an easy two miles of rail trail for the return.


To make the day even more exciting was that I knew Perri could hike off leash finally.  It was utterly terrifying for me to unclip that leash!  Perri wasted no time getting back to her old self, flying around and pouncing and barking, sniffing and digging and finding old bones and carcasses, splashing through and laying down in mountain streams.   She was in her glory and while I was afraid, I know that it is another time where I need to release the control and let Perri get back to being herself.  Let her get back to being strong in all ways.  And while I was scared to let her move free and fast, I was also in heaven and had tears in my eyes a few times.

We also got to return to one of Perri's favorite games, woodland "parkour".  Perri loves to hop up on stuff and that was another thing that was off limits when she was injured (mostly because of the hopping back down, but I didn't want to overwork the joint in anyway.)  I asked Perri to hop onto posts, rocks, logs, stumps and she was happy to play along!

My friend told me we did 23K steps according to her FitBit!   Wow!   Perri must have done at least 10k pounces.  What a beautiful winter hike it was.  How beautiful it is to be on the other side of this shoulder injury. 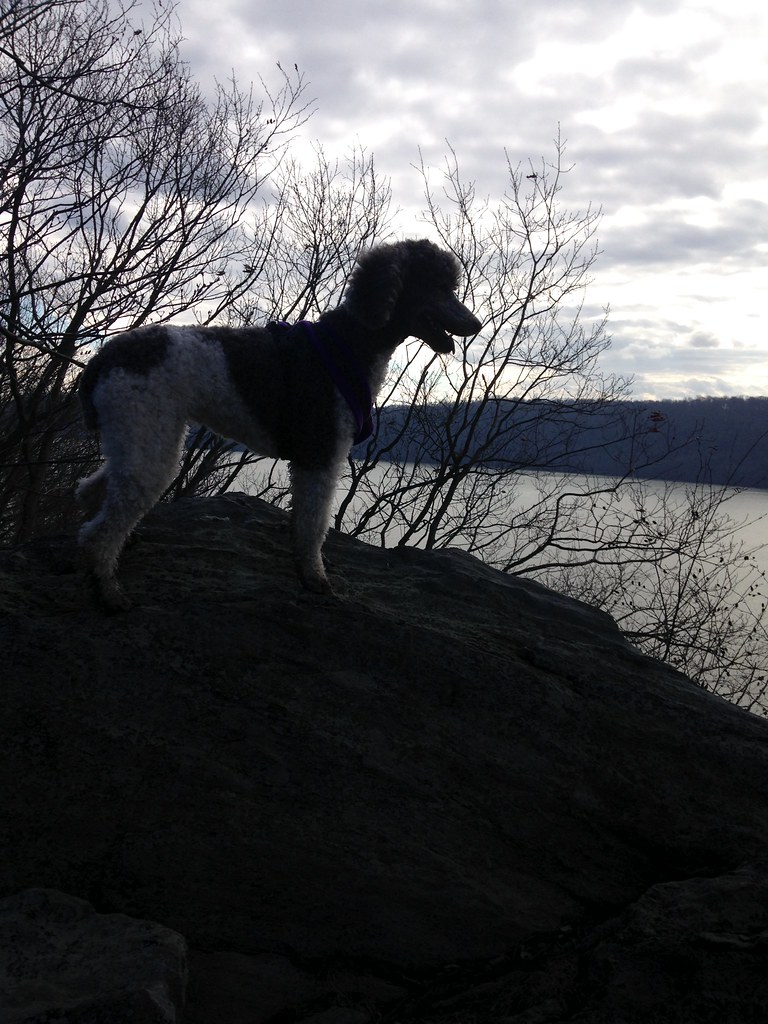 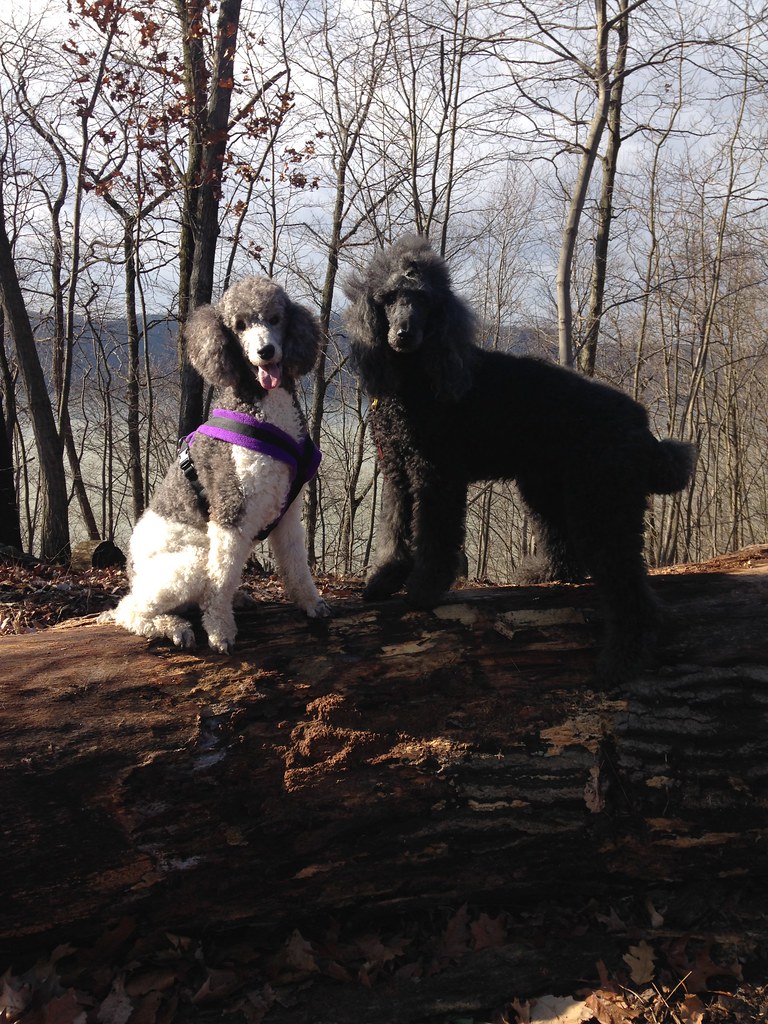 Posted by dogbird daily at 8:46 AM