Today Ein and I went to our club's February Cynosport rally-o trial and it was going to be The Big Day.   The ARCHEX day!  We needed two more double Q's and since it was a double trial, we had our chance.

In December 2013 Ein and I earned our ARCHX - that is five QQs in Levels 1 and 2.   I retired him to Veterans class at that point, because Level 3 was too much for him to handle.   We barely broke 200 in Level 2 and we often NQd Level 3.  Why stress him out?  Veterans class was perfect for him, at 9 years old.   Until last August.   Ein was showing strong in Veterans class, often earning perfect scores and even excelling at some of the exercises that were our nemesis (the "signals" especially - Moving Stand-Leave Dog-Down Dog-Sit Dog-Recall.)

August of 2015 I moved Ein back to regular titling class, I entered him in Level 2B and Level 3B and I was terrified.  I wanted Ein to have a good time.  I didn't want my excitement to earn titles to overwhelm him.   I didn't want to be moving him back to regular classes out of selfishness - but he seemed eager for more work than a 12 exercise Veterans course.  And he was.  Ein blew away our first QQ at that August trial and I thought, "Well, I guess Ein wants to work for an ARCHEX!" 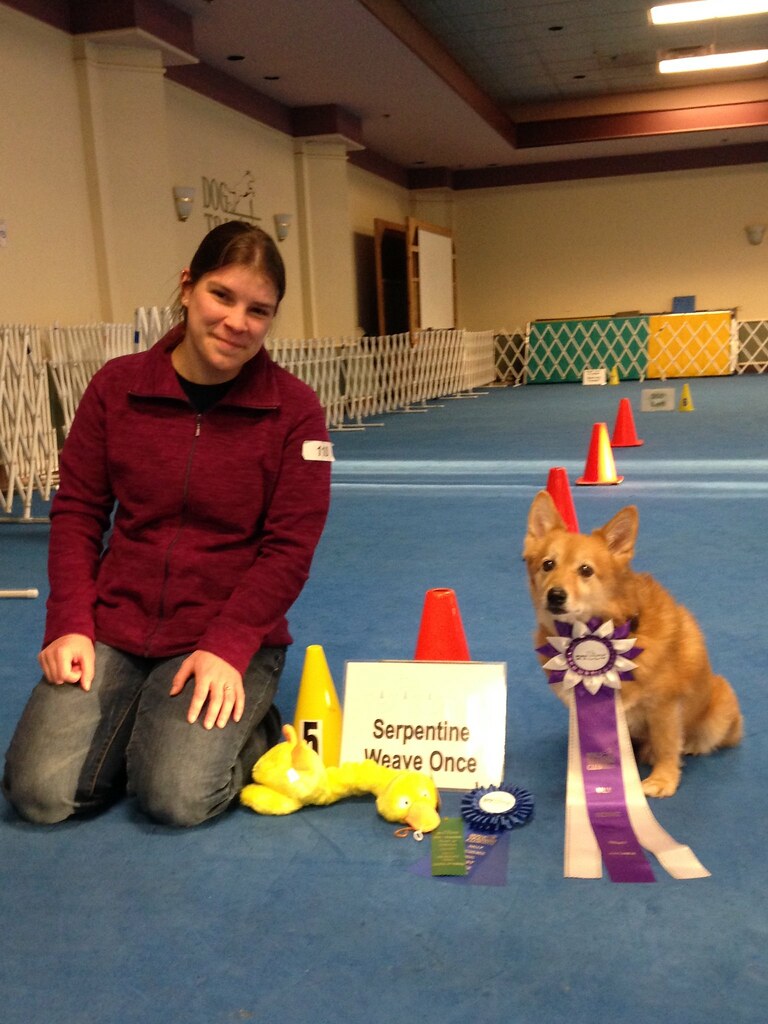 The second trial had a rather nasty little surprise for me.  Ein stressed, like in the "old days".   We finished a serpentine around some cones and he just got weird - what else can I say?   There was a 360 left exercise and he started acting odd, like he didn't want to walk on certain parts of the floor.   He continued to act avoidant of certain parts of the flooring for the next few signs (I gave him two finish right commands which he ignored and so we re-did the sign ...further away from the "weird floor area" and we were successful.)   The rest of the Level 2 course Ein kept looking into the spectator area as though the devil himself was seated there waiting to steal his soul - I could not see anybody new, or anything that might be troubling him.   It shook me up and I struggled to remain strong for Ein in Level 3.

In Level 3 our two weakest signs awaited.   The Directed Jump and the Signals exercise.   I was rather jolted after Ein's strange hang ups in the Level 2 round but: dogs live in the present, I needed to be strong and support Ein.  So, I did.   I supported Ein with a lot of praise, more allowed-food rewards than usual.   He got weird in the exact same areas as before, but this time I was ready for him and performed our 360 and call front-finish right in different areas of the flooring (just an inch or two to the side did the trick.)   Ein nailed the signals exercise and the directed jump - we finished strong after that strange, bumpy Level 2 round! 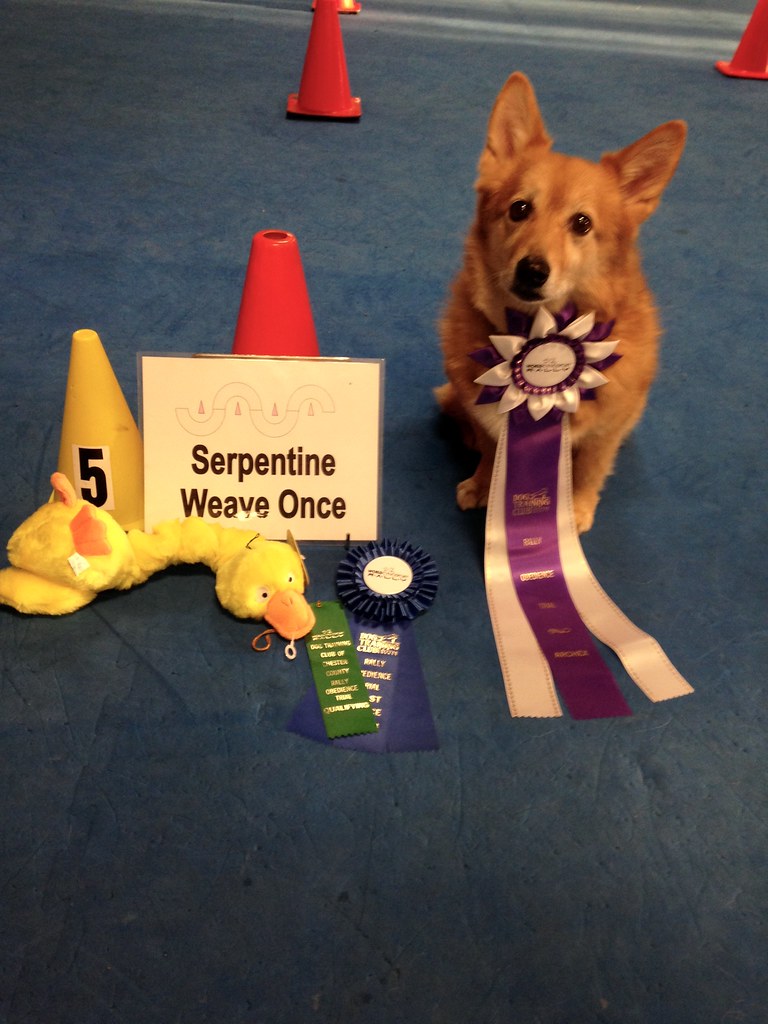 Ein gives me 200%.   Today he leveled the ultimate challenge, he exposed my weak spot: stay strong for my dog when they are stressing.   I am unable to do that for Perri, she paralyzes me.  For Ein, who loves the game so much...I had to do that much for him.   It was very difficult for me to control my stress after Ein's strange behavior in Level 2, when we were looking at a Level 3 course loaded with his two weakest signs - but I did it.   I avoided talking obsessively about his behavior, and I supported him on our Level 3 course.   My dogs, every dog, has the ability to make us better handlers, stronger handlers.  I am so grateful to Ein.

10 straight QQs.   Our ARCHEX: the title that I accepted that we would never have.   My achilles heel exposed in the "final hour".   This is why I love dog sports.  What a fun ride, what a beautiful journey!

Posted by dogbird daily at 5:38 PM

Email ThisBlogThis!Share to TwitterShare to FacebookShare to Pinterest
Labels: ein, it's all about the journey, rally obedience, trials, world cynosport