I got some awesome news yesterday!

Molly and I met the qualifications for entry in CPE Nationals 2016.  (40 qualifying scores earned in 2015 - Molly earned 56!)  The trial opened March 1st so I mailed our entry out.   There was an entry limit of 700 dogs and any excess of that number meant that a random draw would be conducted to decide which 700 dogs would be going to Nationals.   Cue freak out!  I was not letting myself get too carried away looking forwards to the National or making big plans for travel when I was not even sure if we would be going.

Yesterday the e-mail was released: the entry limit was exceeded, but CPE has chosen to permit all teams whose entries were received before March 14th (the closing date for entry into the random draw, if necessary) to run!

That means we are going for sure!  This will be the biggest event I have ever attended as a dog handler, and certainly Molly's biggest!   We are going to camp, geocache, meet new people and play agility and we are going to have fun! 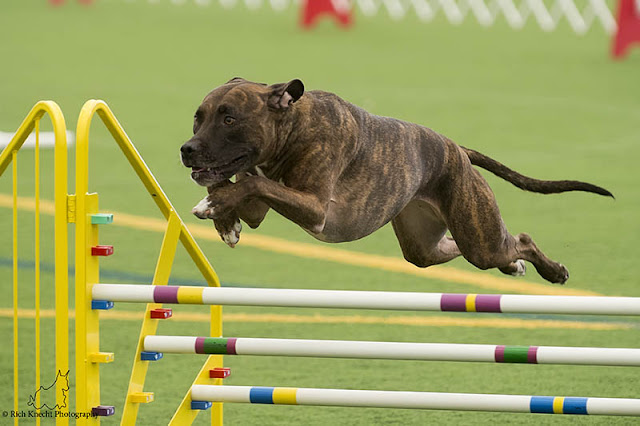 Posted by dogbird daily at 1:56 PM