Perri and I took a hike yesterday at one of my favorite places in the world to hike, Lancaster County Central Park.   I found my love of hiking at this park, so many years ago when Ein was a young dog.   We explored the park day after day, we learned every trail and connection, every spot.   It was so close to the apartment that I rented, less than five minutes, and you could find Ein and I there more often than not if I had any free time.  The place is rich with memories for sure! 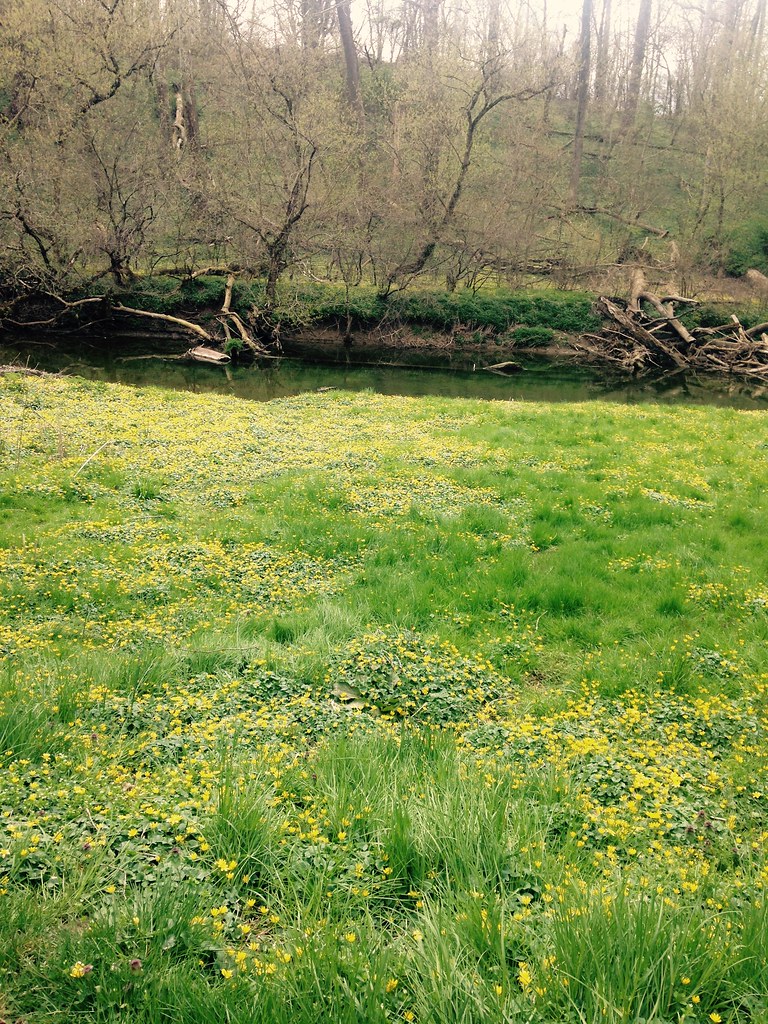 Perri was overjoyed to be out on a hike, and as you can see she is sporting her new Hurtta Y Front Harness!   While I am very happy with her Original Fleece harness, the fleece does get soggy and smelly with all of the swimming and mudding, and I wanted to be able to dedicate it to Nosework (which will surely be a much cleaner use for it than mucking around out in the woods!)  The Hurtta will pick up much less stickers and burrs as well.  I am happy with it so far! 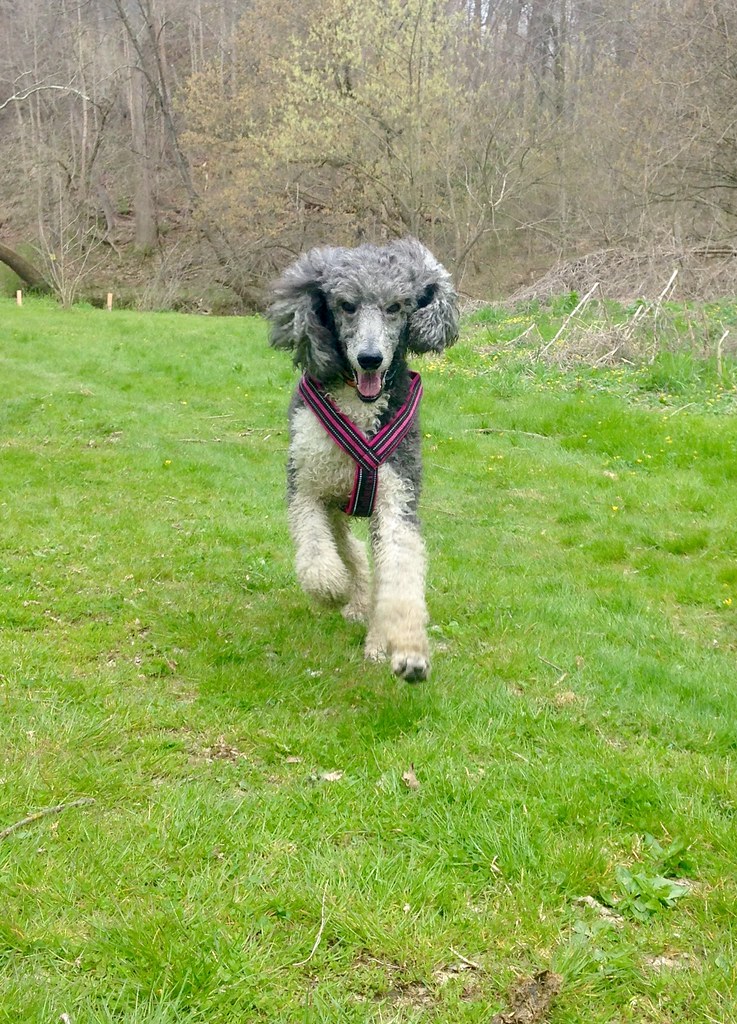 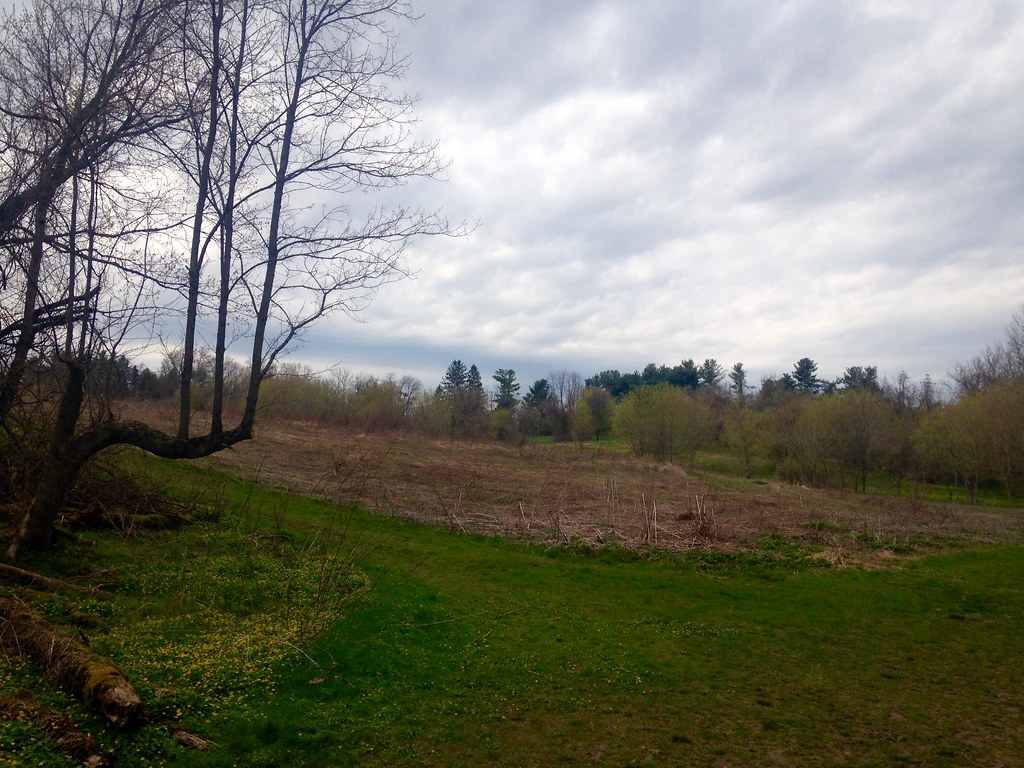 Perri wasted no time getting into the creek!   One of the things I always loved about this park was the Conestoga Creek that winds in an S shape all throughout the park, so there is never a time when a dog is without the opportunity to go for a swim. 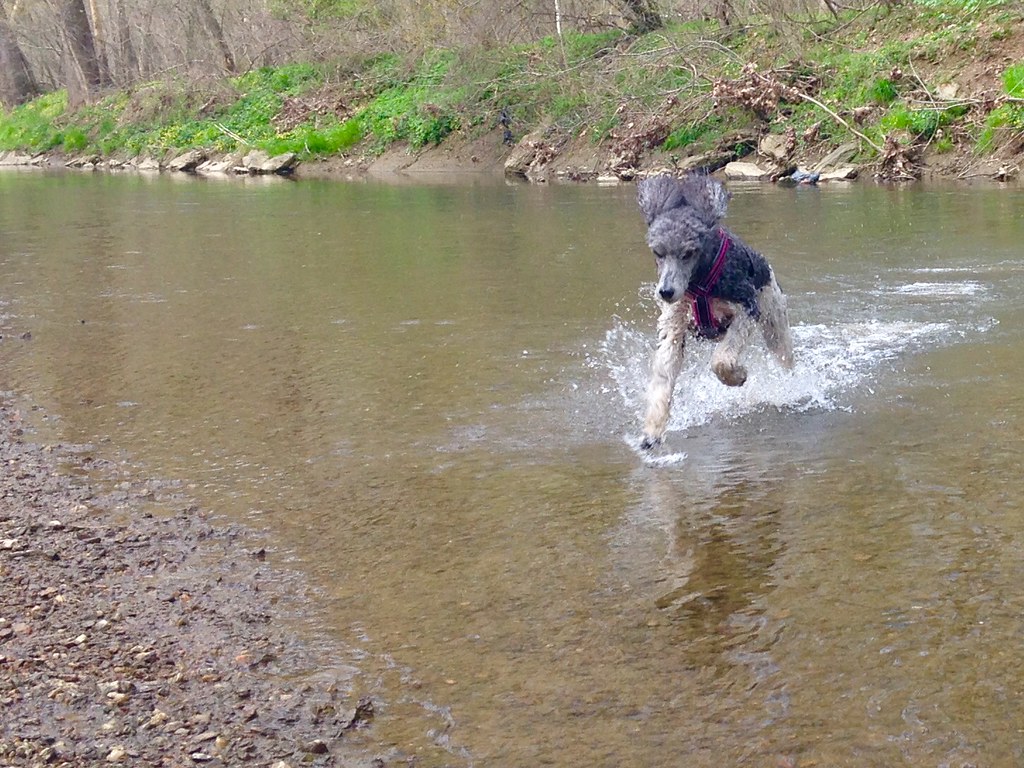 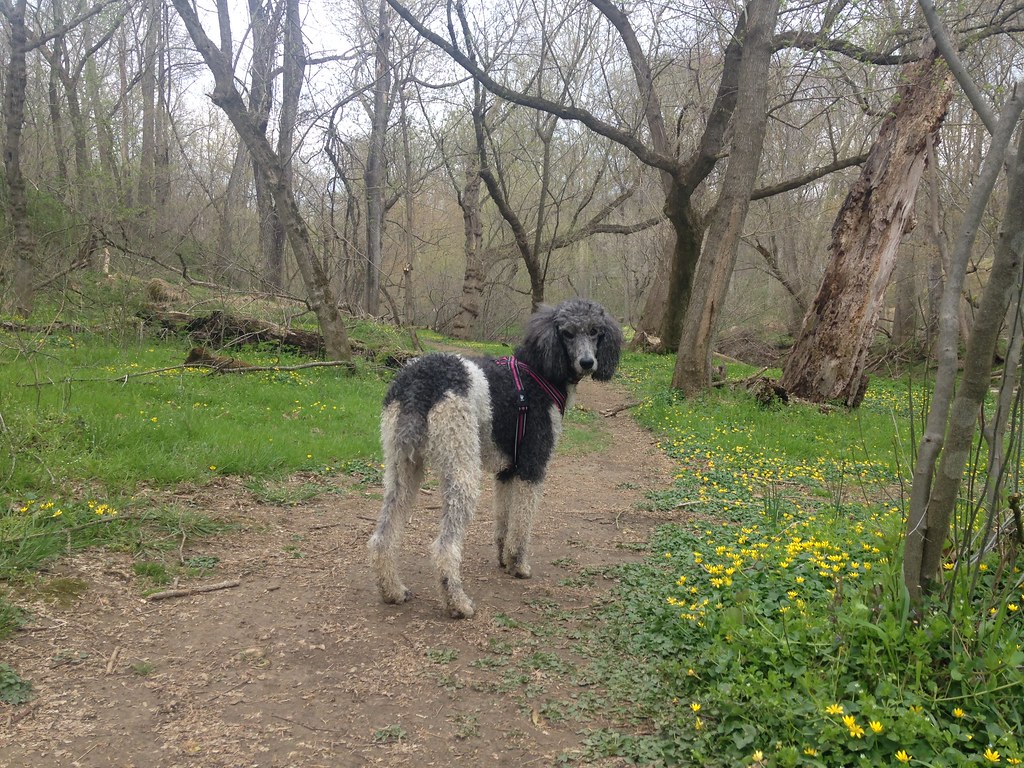 And of course....I found lots of geocaches.   12 or 13 I think!   I had been geocaching at this park before, but only found a handful.   Yesterday Perri and I cleaned up the southern end of the park and I hope to return soon enough to find all of the other geocaches!   One fun Multi-Stage cache was called "Taking Sides" so one part of it was on one side of the creek, and the final stage was on the other.   A mystery cache you had to answer some questions about Quartz to work out the final stage coordinates.   Another took you to a monument dedicated to Native Americans and based on the information on the plaque, you were able to figure out the final coordinates.   Some creative caches, some basic hides...all fun!   I loved this easter egg, camo'd like a cache container. 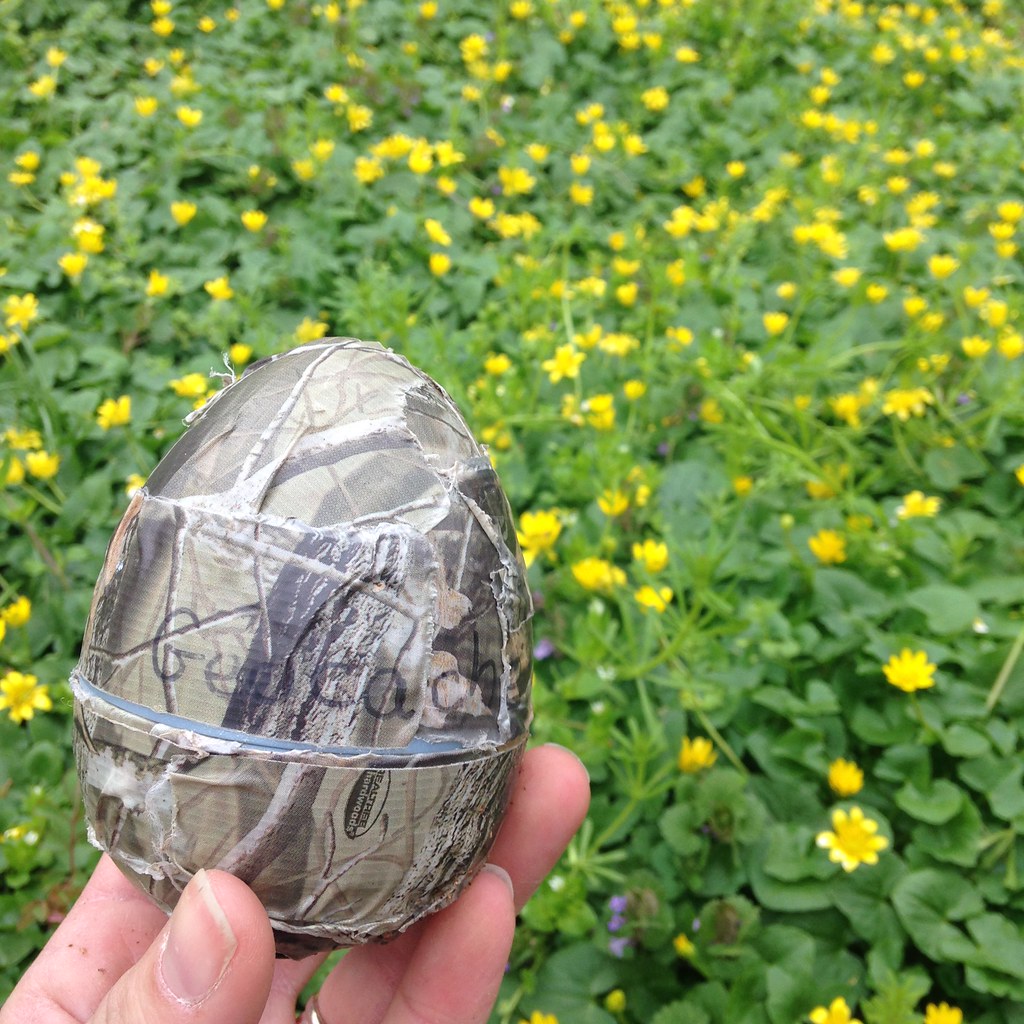 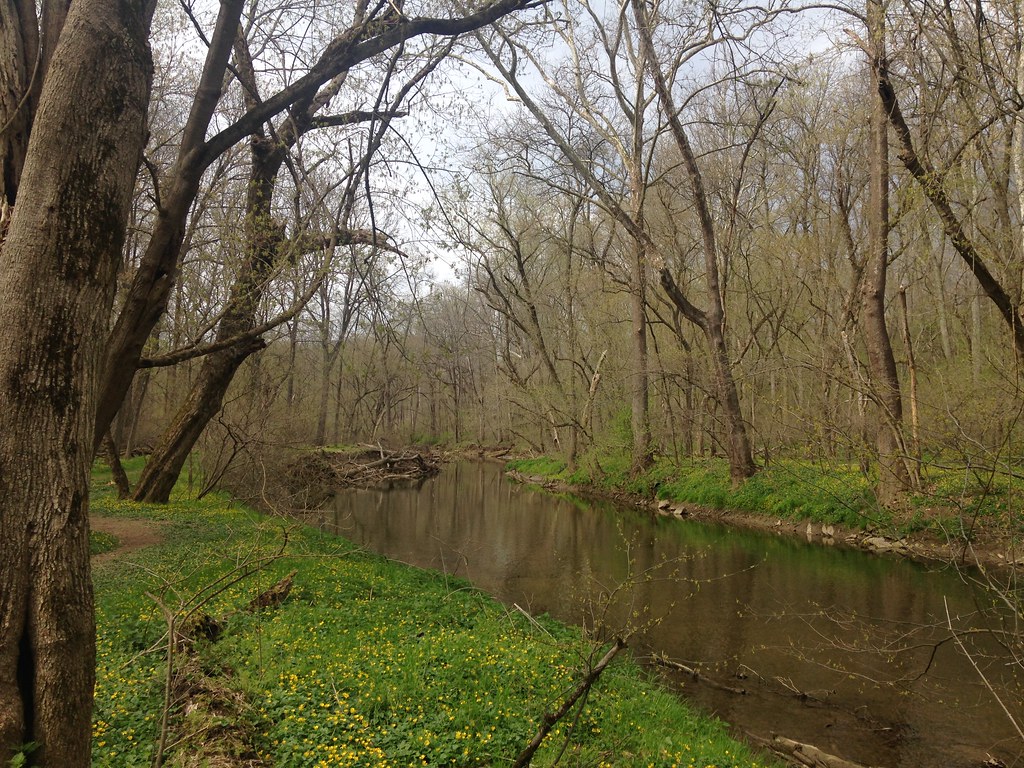 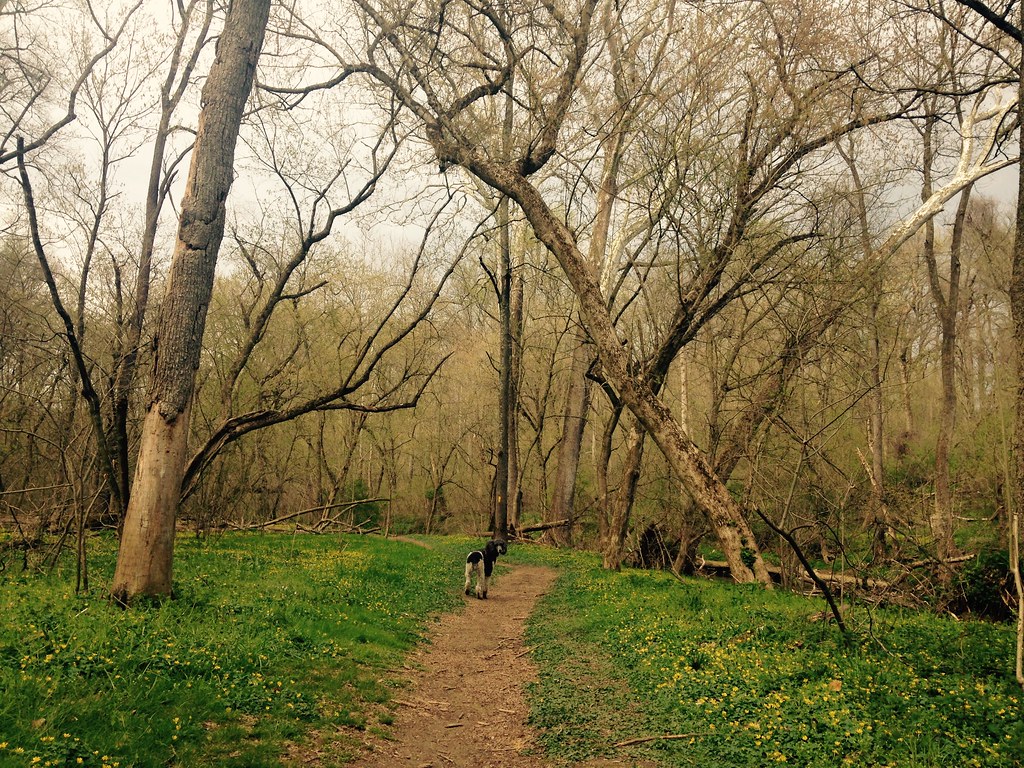 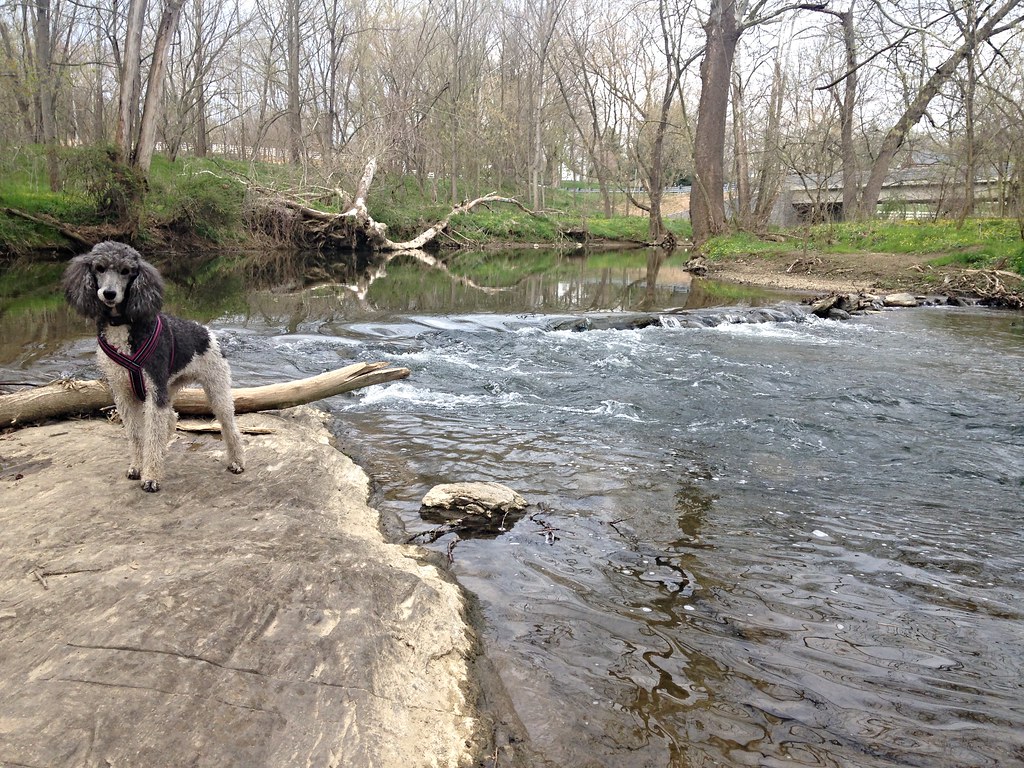 I think I have written about it before, but one game Ein and I used to play at this park was our Stay Game.  I never knew a thing about competition obedience at the time, it was just a game for both of us.  I would ask Ein to sit-stay and he would do just that and then each time we visited the park it was our game to see how far I could get from Ein before I would ask him to come to me.   Of course my favorite part was the joy on Ein's face when he was released and was running as fast as he could towards me and we would dance around and wrestle and celebrate his obedience and cleverness!  Ein was always so good at our game and I have to say that during those heart stopping long stay minutes in the obedience ring, I was trying my best to think about that field when it was just a silly game to us.

For nostalgia sake, I played the "stay game" with Perri in the same field.   She enjoyed it just as much as Ein, though she did "break the rules" one time and did a hoverbutt!  I told her Nope! and she sat back down and got it right the second time, and when I released her she was just as sassy and proud of herself as Ein always was (she even mouthed my hand a few times, which she does when she is extremely happy and I love it.) 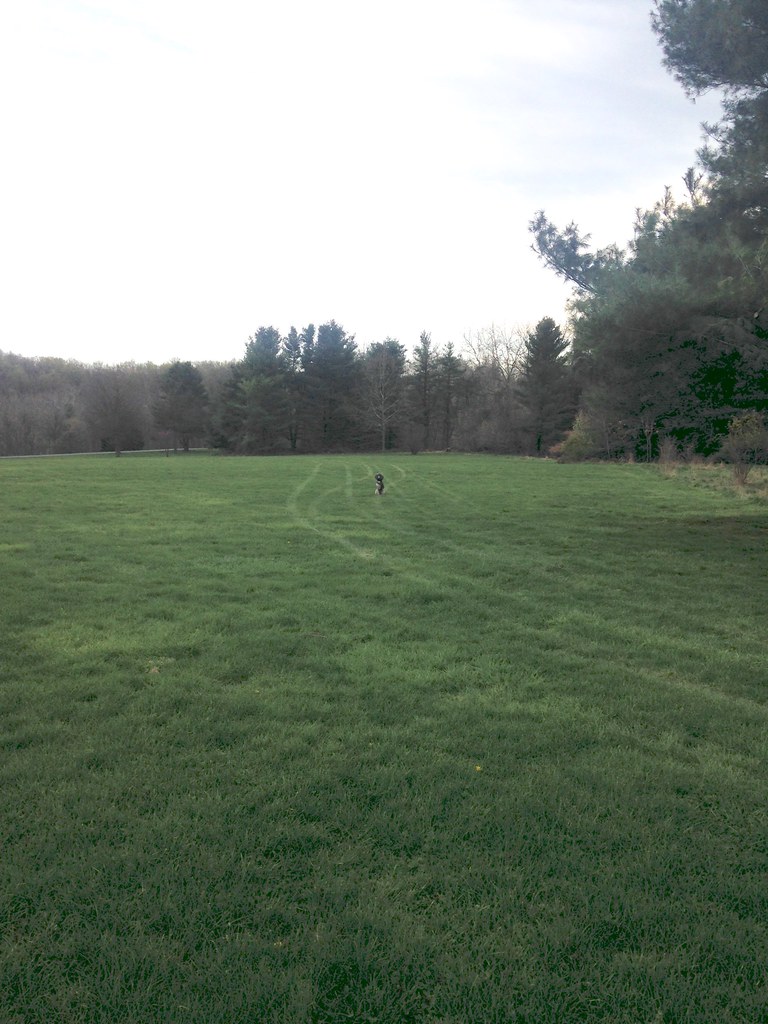 The park was just like I remembered it.   The old worn trails, the same blazes, the deer hidden in the same sections of woods.  I was pleased to see that in one spot that was a ridiculously straight downhill that had been hard to navigate, there were little wooden steps now placed.  We finished off our day in the Garden of the Five Senses, which I drove to after our hike (Virtual Cache there!).   The Garden is a really fun little landscaped garden dedicated to how we can experience Nature with our five different senses.   Although, the section dedicated to "Taste" does recommend that you don't taste anything within the Garden! 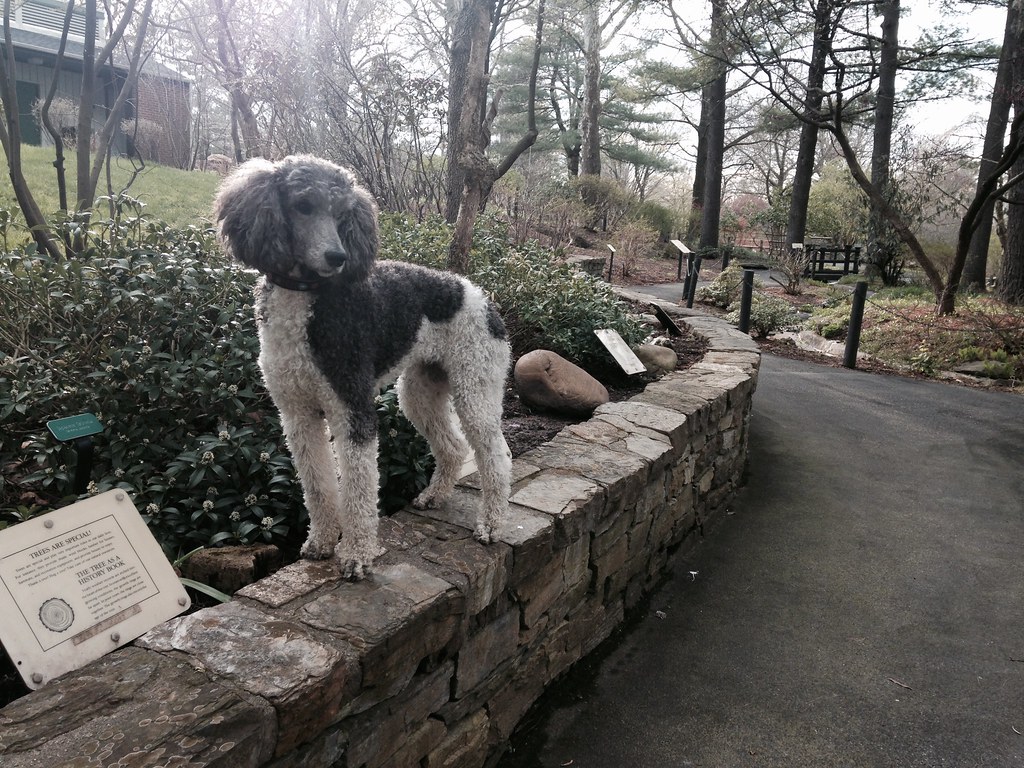 Posted by dogbird daily at 6:35 AM