Yesterday Ein and I attended the last World Cynosport rally double-trial we would need to earn his ARCHMX.   All we had to do was get those last two triple Qs!

This training center holds not so great milestone memories for me: my first NQ ever.  I touched Ein in Level 1A rally back in 2012 and blew earning our RL1 title.   Apparently you can't touch your dog, never forgot that lesson!  Then in 2013 I blew our ARCHX run by skipping a sign for the first time.   And Ein was so exhausted and anxious in the ring that we NQd both Level 3 rounds as well.   So!   A little superstition wasn't going to deter me from entering to earn our big title.

Our first trial Ein was feeling a bit stressy, I was getting some sniffing.   We qualified in Level 1 with a 209.   In Level 2 we had to do the Figure 8 around the food bowls - we don't often see that sign.   In the past Ein has always been spatially bothered by the food bowls and would stick close to me - yesterday he spent 3 points on a nice sniff!  We qualified with a 202, I think I had to double cue something else.  In Level 3 the first sign was a drop on recall, right in front of the stewards table!  Ein was slow going into his "down" with a hairy eyeball glance at the steward table but he did it.  Then Ein pulled off the jump, straight up refused it!   I hadn't even looked at it but when I did I saw the bar was at 8".  I told the judge that was not his jump height and she reset it.   Of course Ein was quite happy to take the jump when it was set to 4".   We had to come right back over it with the Directed Jump exercise.   Ein was fast and direct right over the jump and that made me smile.   That sign was our old nemesis!   The bonus was the retrieve and Ein had to retrieve towards the audience, and again he overcame a potential fear paralysis moment - it was an excellent retrieve!  Our score was a 197 since I know we lost 5 points for me staying close to the jump on the "handler runs by".   We also had a sign re-do because Ein became obsessed with sniffing a dark spot on the floor - stress behavior.

We had our 9th Triple Q secured, so just had to get one more.   I was a little nervous because Ein seemed tired and stressed and I didn't see that improving.   I decided to take him for a car ride to refresh his mind and get him out of the training building - we rode out for coffee and some snowed in geocaches.   We returned and earned a 208 in Level 1.   In Level 2 we earned a 209!   Ein's nose was staying off the ground and he was enjoying our time in the ring a lot more - that makes me happy!  Then it was time for our last Level 3 course.   I told him he never has to do Level 3 again if we get this one!   In response, he smiled and wagged his tail and asked me to give him some cheese.   The course was a super chill Level 3 course, none of the more challenging signs.   We must have paid our dues in the first trial.   Ein qualified with a 208 and at last earned his Rally Master Champion title!


I am happy that we are finished.  I am happy to be done with Triple Qs.   Truly I somewhat regret pursuing an MX.   Ein is consistent enough to earn the Triple Qs with little to no trouble, he has mastered the exercises and all of the challenges they presented to us.   What I have seen creeping in is Ein's ring stress.   It is nowhere near as severe as it was back in 2013 when I made the decision to retire him to Veterans.   But it is there.  On the other hand, I am proud of Ein for achieving WCR's highest title though, in a way it completes our journey there.   WCR made such a difference in our lives, the exercises in Level 3 challenged us, Veterans refreshed us and we have so much personal growth through our years together in this venue.   After we started competing in Rally, Ein became more relaxed socially, people remarked he was "like a different dog".   His shyness of strangers diminished and his confidence grew.  So it meant a lot to me to earn an ARCHMX with Ein, thinking of it in that way.  Symbolically, for pure human emotional purposes.  The drudge of earning Triple Qs did lose its luster very quickly though - perhaps Ein's "ring stress" was simply a reflection of my loss of passion for the work.  I will be so happy to return to sweet Veterans class with shorter more flowing courses and no jumps. 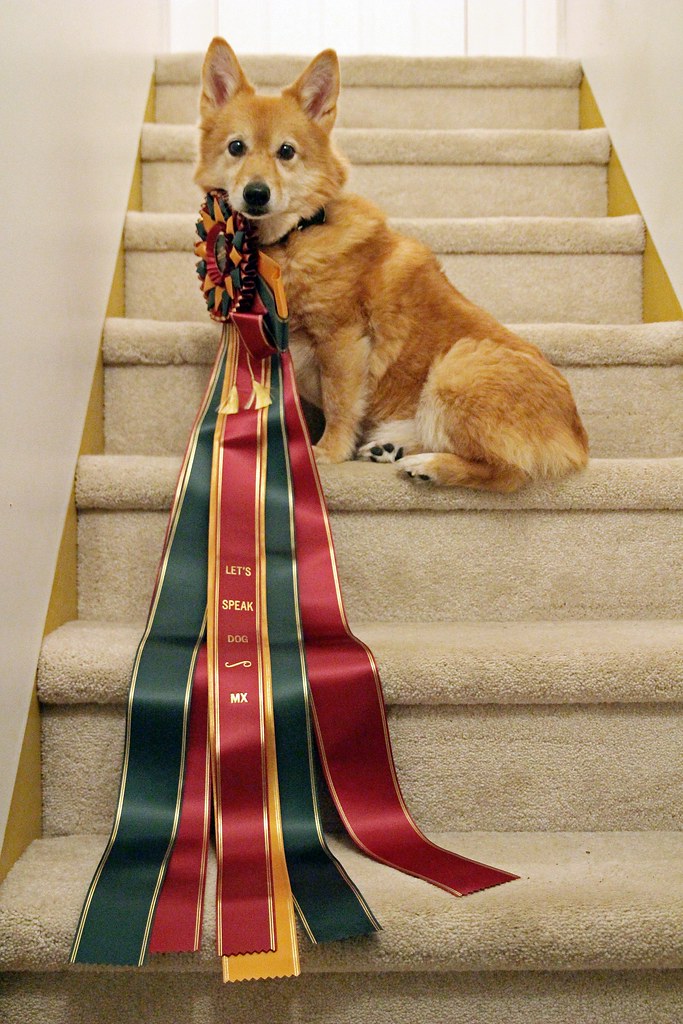 Ein and I will also continue to focus on playing in CDSP Open obedience.   I saw none of the ring stress when we competed in January - just passion and excitement.   It was something different and Ein seemed to feel refreshed by that.   I know I did. 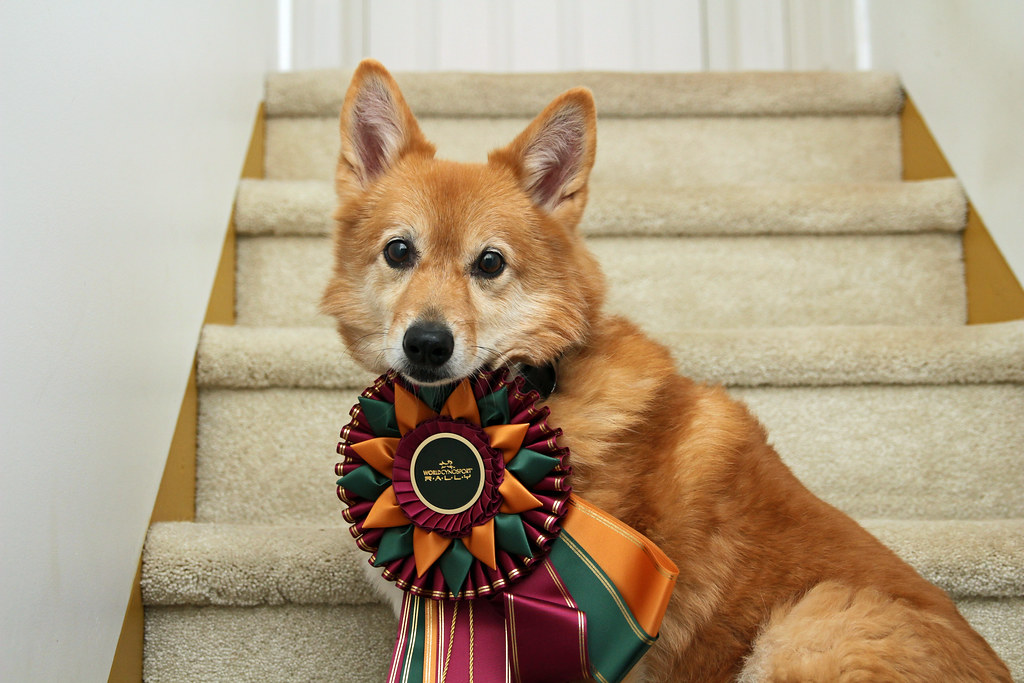 Posted by dogbird daily at 7:35 AM