After Perri earned her Coursing Ability title, we turned our attention to Fast CAT. This is a straight 100 yard, timed test. Whatever your dog's MPH is for each run is how many points they've earned. As I have said in posts past, Perri had some worrying issues with the Fast CAT. I figured out that as long as somebody else was releasing her and I was the one to catch her at the end of the 100 yards, she did not have any issues. 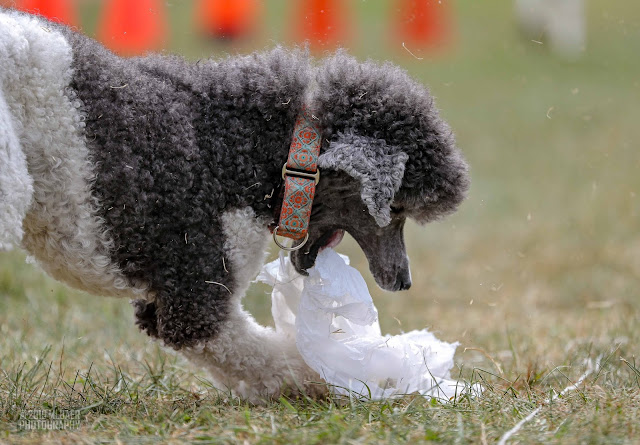 That "Perri policy" changed when we went to our next Fast CAT event in June and discovered a new challenge. "Continuous loop" system. The lure is on a closed pulley system, much like regular CAT, but since it is a Fast CAT the 100 yard strip is a narrow snow fenced bowling alley type area instead of a wide open field. (always the case with Fast CAT) Bottom line: with continuous loop, the line that the lure is attached to is always on the ground. Years and years ago when I first introduced Perri to coursing, she was afraid of that line and shut down. Over the years, her prey drive to chase has helped her to overcome that and in regular coursing / CAT events she can keep a bit of lateral distance while still coursing. She cannot do that in Fast CAT. The coursing line is directly on the ground in front of her and at this June event I saw a lot of conflict for Perri. It was a double trial so she did get to do two runs that day, but her first run was sub 20mph because she hesitated nearly at the end of the 100 yards and came through only when I encouraged her. The pause was not long but it was enough to affect her time as well as her enjoyment. Her second run that day I could see her running but there was a lot of conflict and concern about the line on the ground.

So, drag lure only for Perri. With drag lure, the lure is actually drug along the ground with a four wheeler/gold cart lateral to the fast CAT track and the dog only sees the lure racing up ahead of them. No line on the ground. I don't know the exact mechanics of how Drag Lure operates but I do know it is what Perri prefers! And the only club I have seen offer this style is nearly a two hour drive for us.  (it is more time consuming to run an event with drag lure style.) Thankfully, I love that trial site! We returned last weekend to earn the final points Perri needed for her "BCAT" title. 150 points earned at Fast CAT events and the first title opportunity. There are titles available to be earned at higher point levels but I am unsure if we will be pursuing those. 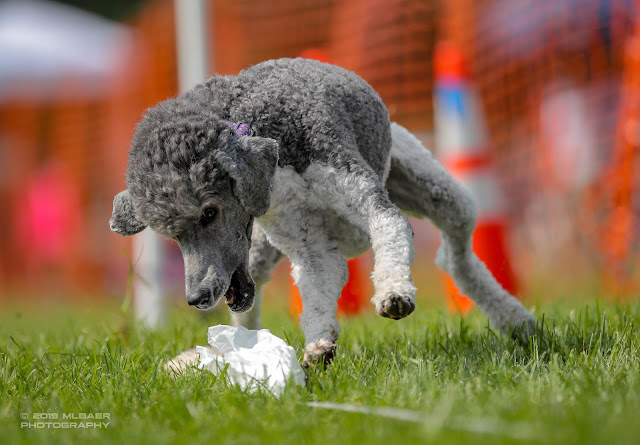 Perri had two nice runs in the low 20s mph and enjoyed herself, she earned her BCAT title on the first run. She only needed 13 points, I believe. 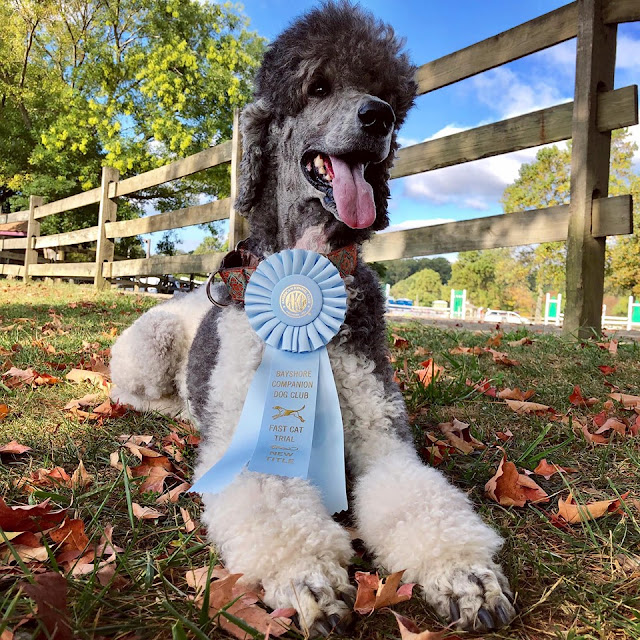 Overall, Perri enjoys the 600 yard CAT far more than the 100 yard Fast Cat. She likes the wide open field and the turns, she takes them with ease and she barks while she courses and is able to really "open up". We may do more coursing events in the future, as our travels take us to our beloved Freehold Fairgrounds. It has been long since I have been able to play agility there and I have missed it. It is one of the few opportunities to play agility outdoors as trials move more and more to indoor venues.

The closest that I got to agility was having Zorro's AKC measurement done! This will save me from having to show up super super early at his first AKC trial, whenever that may be. He will still need to have another measurement done when he turns two years old. Perhaps we will not even trial in AKC Agility until after he is two, but perhaps we will. That is all up to Zorro and how his training progresses. In any case, Zorro measured 18 3/8" and will be a 20 inch jumping dog in AKC, as I expected. The judge was wonderful and took much time with Zorro, letting him settle down into the measurement and trying to get him under 18". I appreciate judges who are patient and take their time with young dogs.

The last part of our day at Freehold was that the hosting club added dock diving to their cluster of events so Molly got to enjoy that! Two jumps in the Junior division. I had bought a new pack of chuckit balls for her as the Dock season began this year but that pack had been sitting unused due to Molly being on rest for her biceps injury. I couldn't bear the thought of using them for any of my dogs but Molly. We finally got to open the new pack up and I used one new ball for each Splash. Made us both happy! 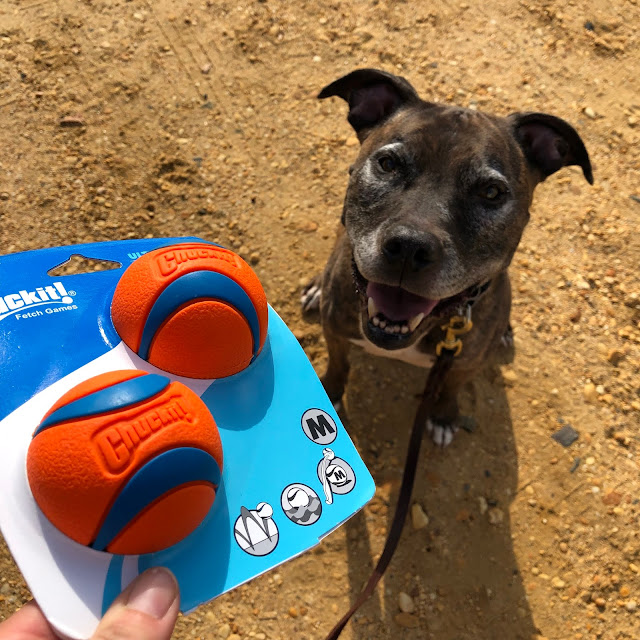 We have had a fun summer for sure even if it was not entirely what I thought it would be! Not as much Dock but plenty of coursing and Scent Work fun. Zorro's first agility trials. And plenty of hiking. We end our summer trialing season with a sweet day at Freehold. Can't ask for more than that. Here is a final photo of me capturing Perri to get her off the lure. Not the most flattering one of me but I know that one day I will treasure every together photo I have of Perri and I, perfectly imperfect. 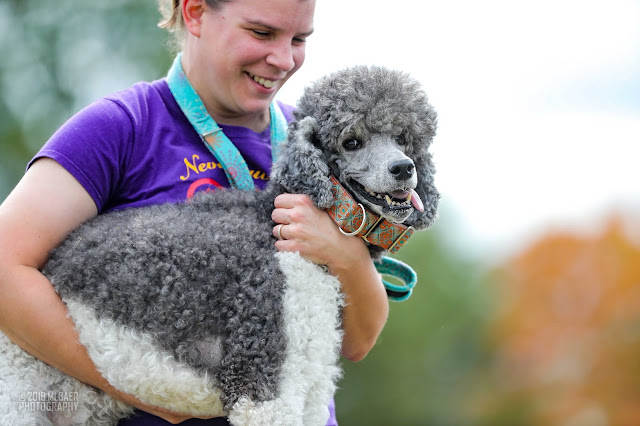 Posted by dogbird daily at 9:17 AM