Ein and I have had a trying week.  We have "enjoyed" four different vet visits in one week, since Sunday and it has been four vet visits too many.  The first was the emergency vet.  The second was a visit with our regular vet, to have his mouth evaluated and to schedule a dental and extraction of the bad tooth.  Vaccinations came up.  It was not pretty.  The vet seeing us on Tuesday evening owned the practice and did not appreciate me denying lepto, lyme and distemper vaccinations.  We had An Argument about that.  We drew pre operative bloodwork.  I allowed a flu shot to be given to Ein, since I thought that it would expedite his surgery.  It turns out that Ein would need to wait two more weeks, be given a second flu shot, and then wait two more weeks and then have his dental.  Over a month.

That would not do.

Now not only had I allowed the vet to give my dog a shot that I never wanted him to have in the first place, it was all for nothing.  It would be faster to go to an entirely different vet after all!  So, I did.  I contacted the clinic that spayed Perri and set up a consult appointment.  But I had to get Ein's bloodwork results.  So, back to our regular vet we went.  The vet tech would not give me the results, she told me that the vet had to go over the results with me and then a copy could be released to me.  Great.  The vet and I met in an exam room and she went over Ein's squeaky clean blood results with me.  (An intermission that 1. Yay! Ein's liver is very healthy despite the Rimadyl he had been on. and 2. What a shocker, Ein is still immune to Lyme disease, despite the tongue lashing I received just two nights previously regarding my decision to not give Ein another Lyme vaccine.)
Then she asked me why I wanted the results.  I told her I was probably going to take Ein somewhere that would be willing to perform his surgery sooner than October 9th (his scheduled date.) and where a flu shot would not be required.  I told her I was planning to take Ein to the same place where I had Perri spayed and told her that I made that decision as well because of the flu vaccine requirement.  We had Another Argument about the flu vaccination - she was armed with her scare tactics and statistics, and I was armed with not wanting to inject my dog with chemicals when I should be allowing his immune system to do its job.  We did not see eye to eye.   She told me that she is looking out for my dog's best interests.  I told her that I do not agree with her, but thank you for the blood results.  It was so awkward I could barely stand my own skin.

Today was vet visit number 4, our consult with the clinic veterinarian.  Everything went wonderfully.  I never met this vet when he operated on Perri, (I dropped her off, and picked her up afterward.) but I love his easy going personality.  He just recently performed his 11,000th surgery with this clinic and was sure to tell me so!  He looked Ein's mouth over and gave him a physical exam.  He explained to me that I could finish the antibiotics, and that maybe another abscess would not occur.  But, of course, he recommended extraction of both carnassials.  The abscessed tooth has a crack in it (this is new to this week, by the way.) and that is how the bacteria got into the tooth root.  The carnassial on the opposite side does have a small fracture in, and it could abscess at any time.  Since I also despise unnecessary anesthesia, I would rather have them both pulled out at the same time.   September 15th.  My boy has his surgery date.  And no more vaccinations.

After the vet visit, Ein and I went out to a local preserve for a little hike together.  It was a very hot and sticky day, but it was good to stretch our legs after such a frustrating week. 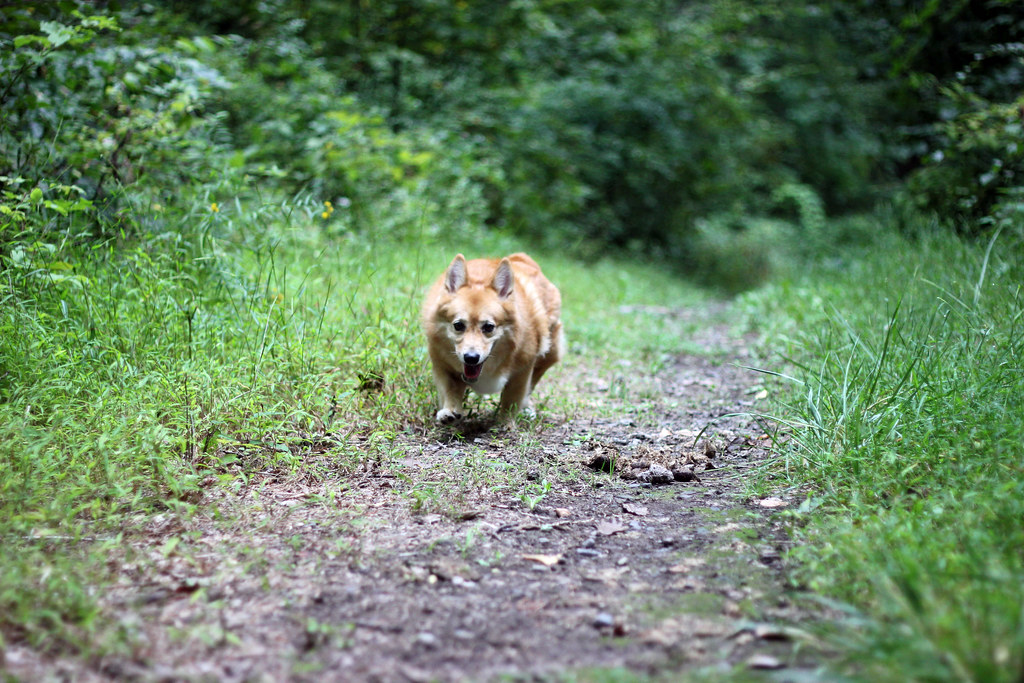 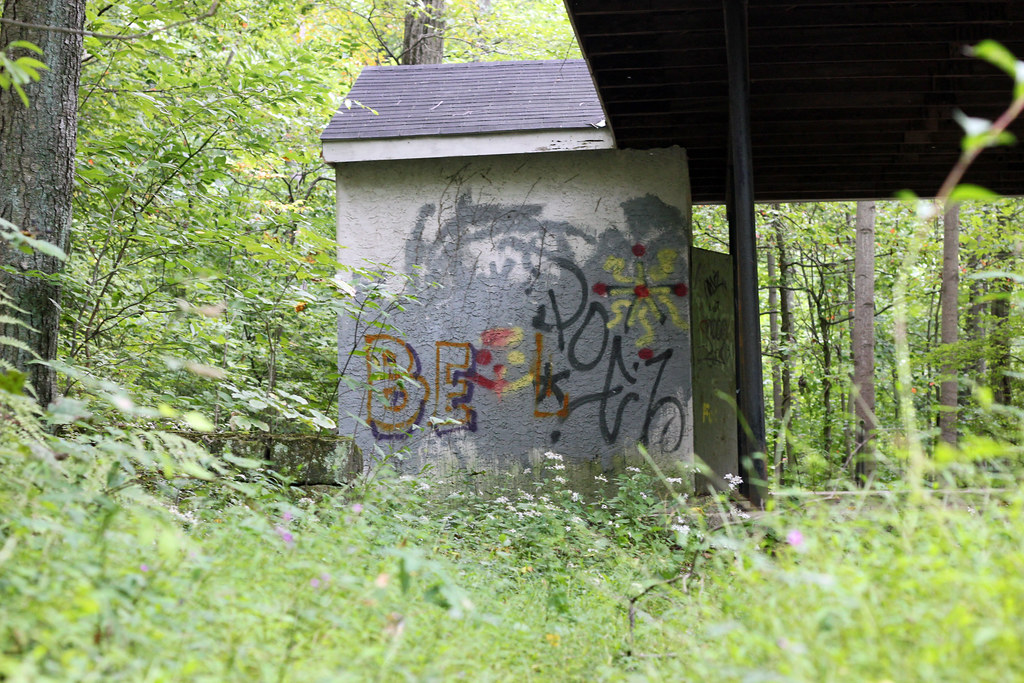 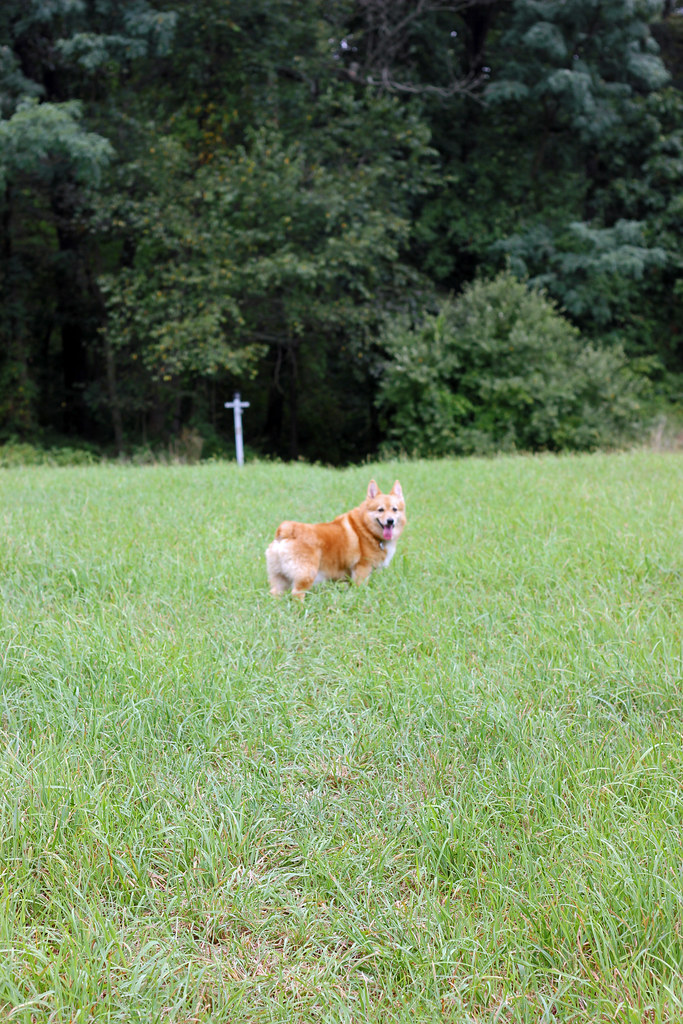 That look of joy that can only come from rolling in Something Dead. 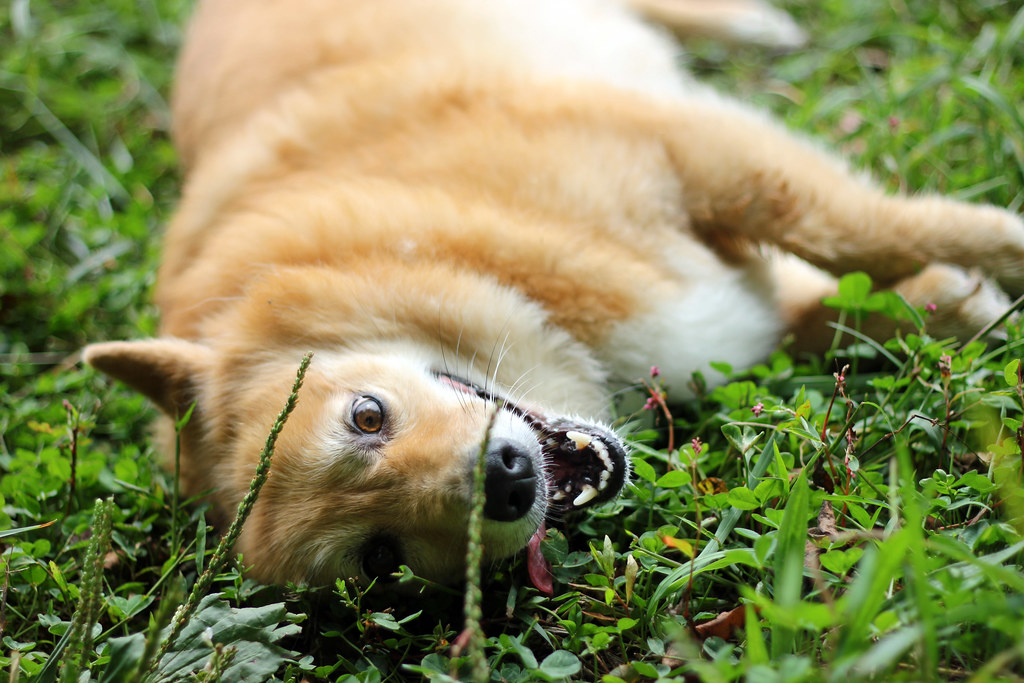 Since the autofocus is broken on my kit lens, I had the "plastic fantastic" with me today.  I forget just how much I love this cheapie little lens. 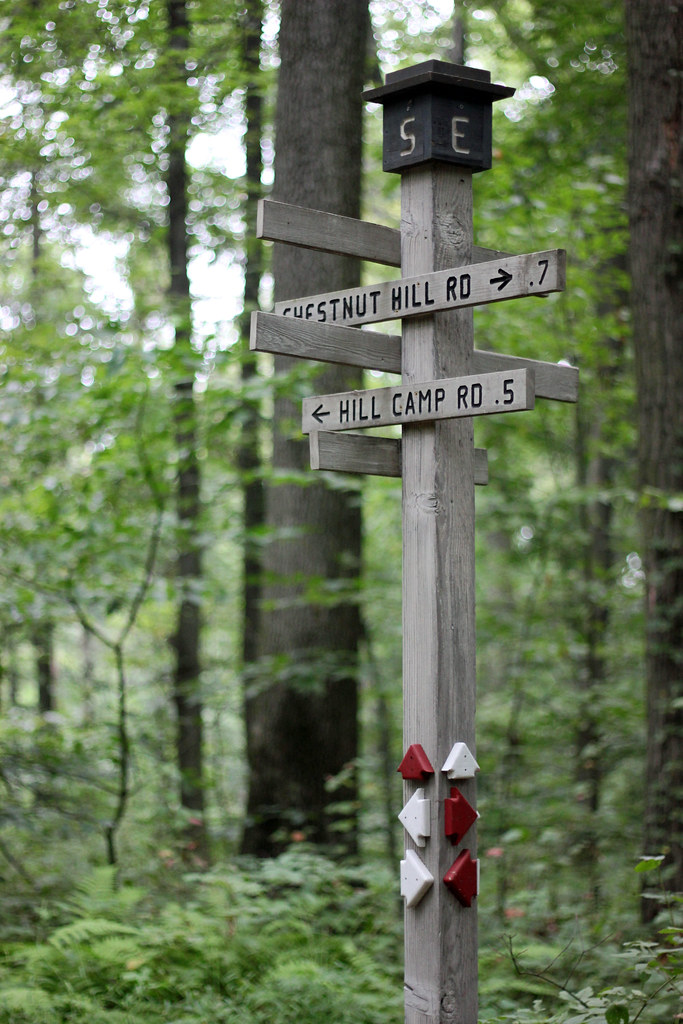 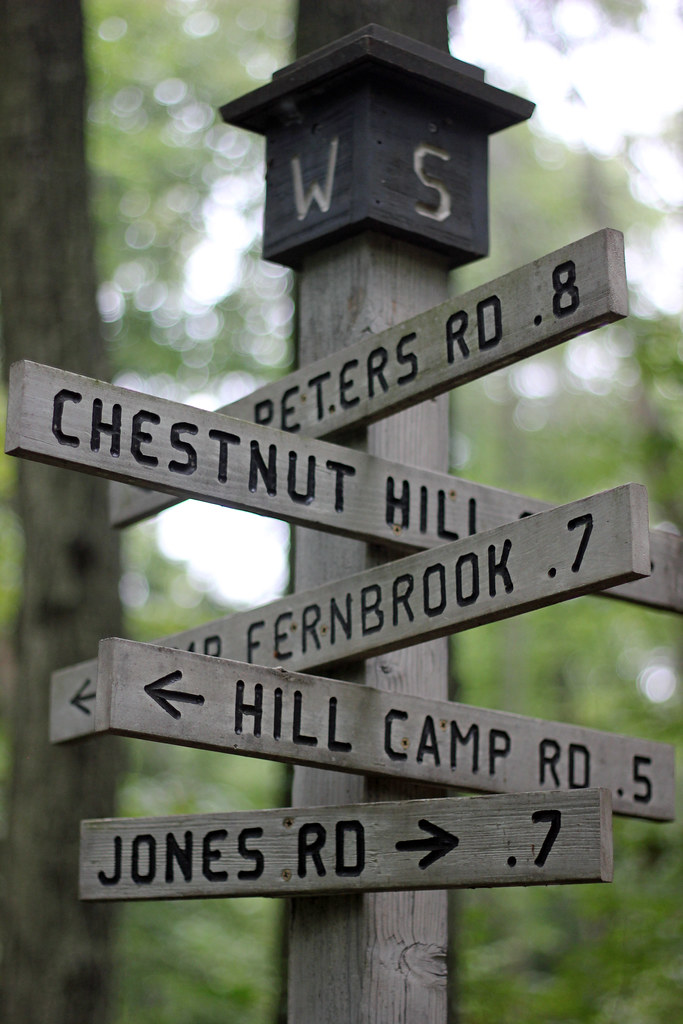 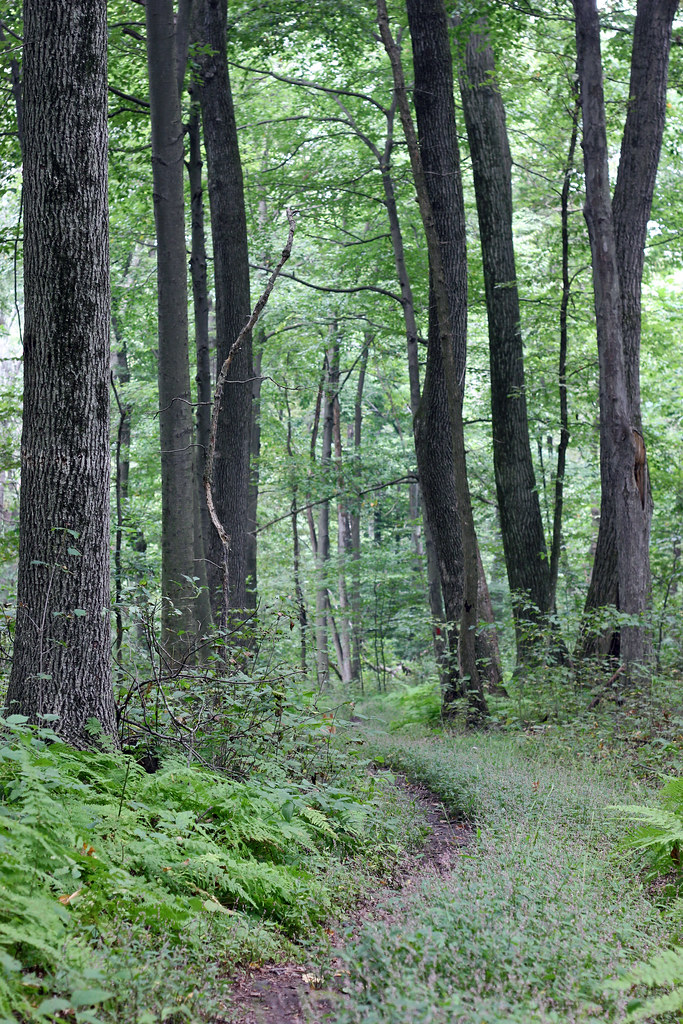 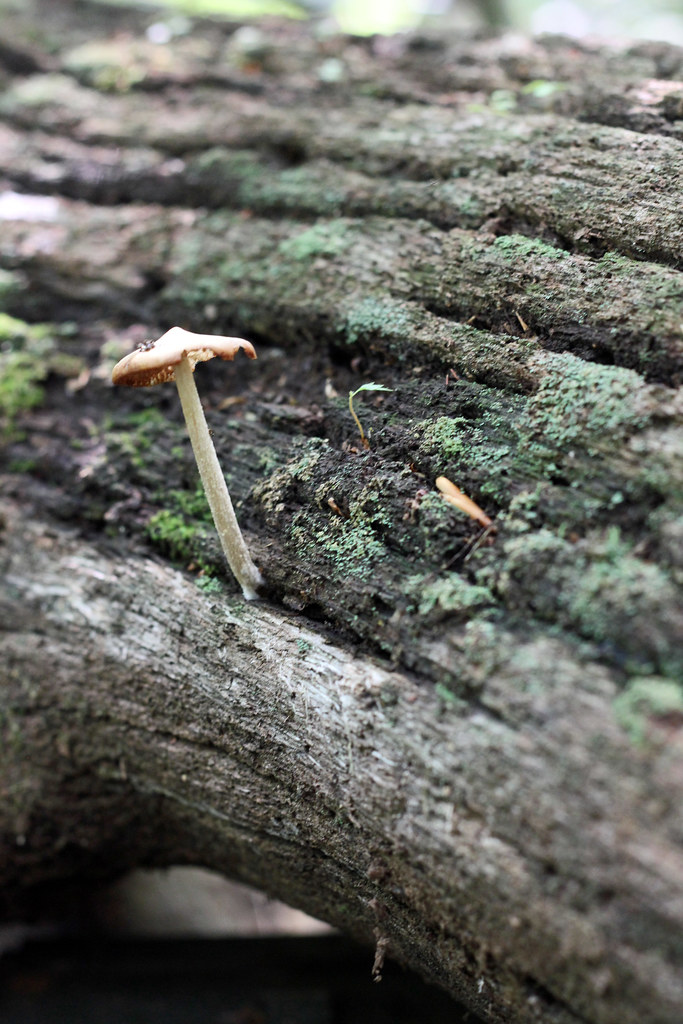 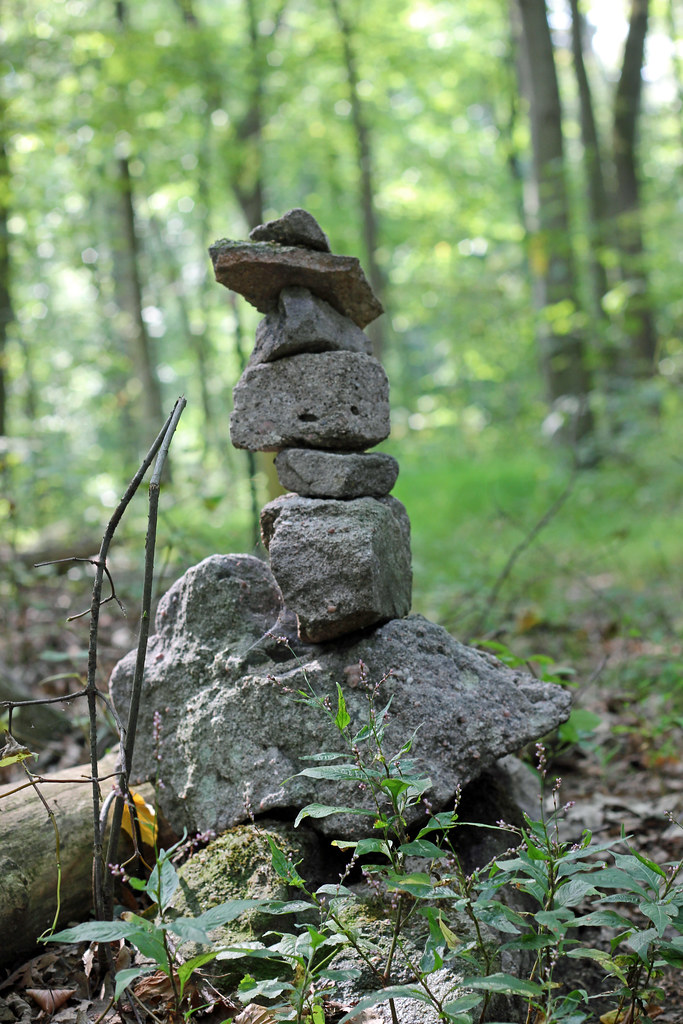 Posted by dogbird daily at 7:00 PM