And where did Vito come from?  Vito is an ex-breeder chihuahua, one of 32 dogs taken in by Castaway Critters rescue and brought to Pet Bath and Beyond groom shop for clean up this past Saturday.  When puppy mill dogs can no longer breed, they are "disposed of" by the miller.  That is why these dogs are so lucky.  Instead of being eliminated in whatever horrific and thoughtless way that is easiest, the miller gave them away to rescue.  I do not know the ins and outs of how this arrangement came to be, but it is the second time that the rescue had the opportunity to help puppy mill dogs in this way.

No puppy mill was shut down here.  Tragically, the conditions these dogs were kept in are completely legal.  Food, shelter, water are needs.  Grooming, love, and respect are optional.
However, instead of being killed for the crime of having their bodies used up by greedy humans, these dogs were given a second chance.  A chance to live as dogs were meant to live.

The dogs were unloaded , triaged, and given names and temporary collars, crate after crate.  They were placed in ex-pens until they could be sent to their appropriate grooming area.  Since these were mostly male dogs, things got a little rowdy!  There was a lot of humping and marking going on, and it was a chore to keep the area clean and tempers from flaring.

I didn't go in expecting to foster.  But someone asked me for a dog whose nails needed to be dremeled.  I picked up a random chihuahua and passed him to the groom room.  I glanced back at him a little bit later and saw what looked like a snarl.  I was worried he was going to bite the groomer.  I realized it was a GRIN.  His tail was wagging.  I ended up bathing and blow drying him, and soon I didn't even want to put him down.  His tail would NOT stop wagging.  I begged and pleaded with my husband to foster him...and now he is curled up in a ball beside me while I type this.  From cold, heartless puppy mill to snuggled up by a warm fire.

I was asked to take photos, and here they are. 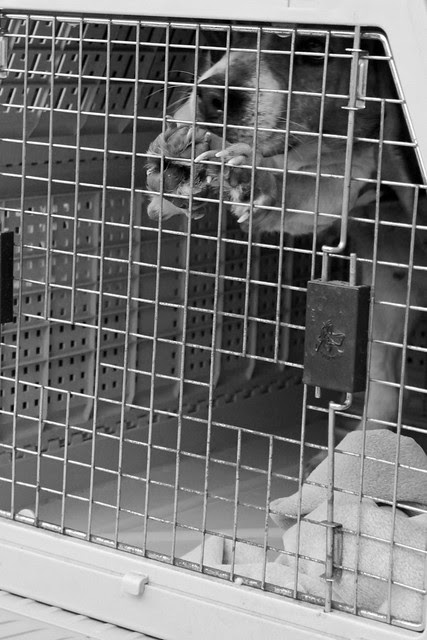 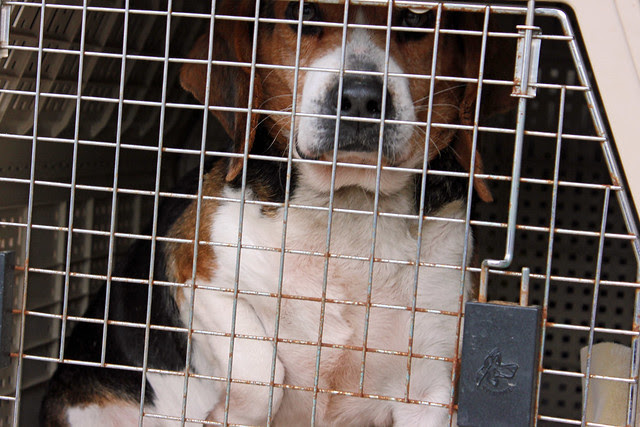 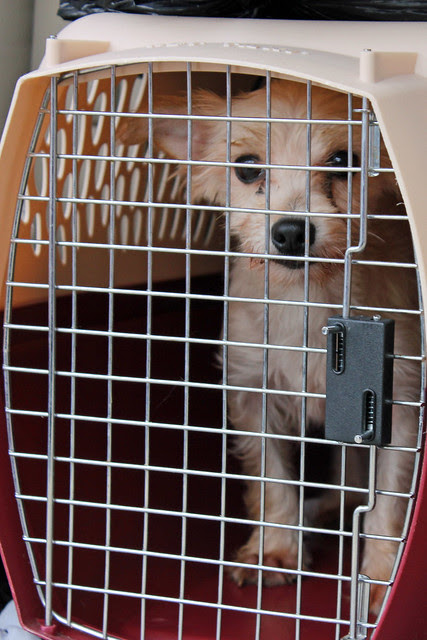 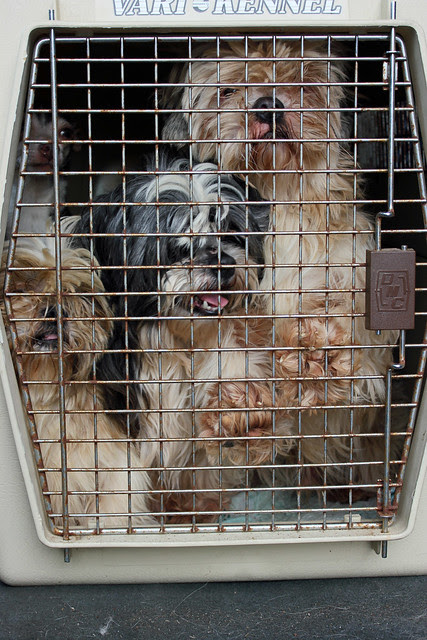 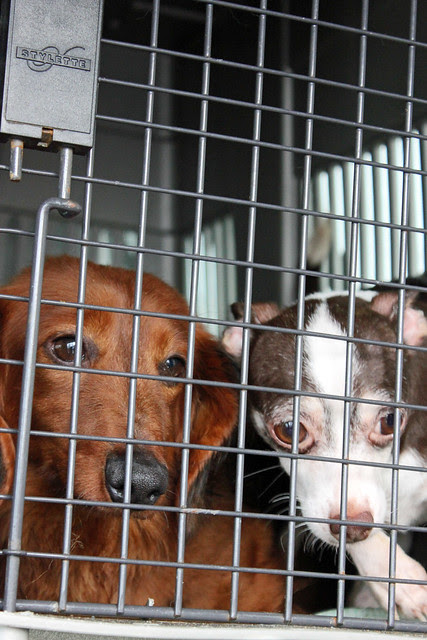 Posted by dogbird daily at 6:29 PM