Last year on my way home from Glen Highland Farm, I stopped at Salt Springs State Park as part of our drive home.  There are a handful of other PA State Parks in the northeastern area of PA that I still need to visit, so I planned my drive to include Prompton State Park and Varden Conservation Area.

I did not plan on both Molly and Perri tearing holes in their paw pads at camp, however.  I still visited the parks, but it was not our normal hiking mega-adventure.

Prompton State Park was first.  This was is a lake park, with a large dam at the southern end of the park.  I was on the west side of the lake, and that was the main day use area.  I chose a pavillion at the top of a nice hill that was overlooking the lake and dam and enjoyed some lunch.

According to the map, most of the hiking trails were on the east side of the lake.  I had no idea how to get to them (there did not seem to be many trailheads on the map.)   And with the still healing condition of my dogs, I was not overly interested in making an attempt.  Besides that?  Glen Highland Farm is very tiring.  The dogs clocked hours of running, fetching and swimming over the three and a half days that we were there. 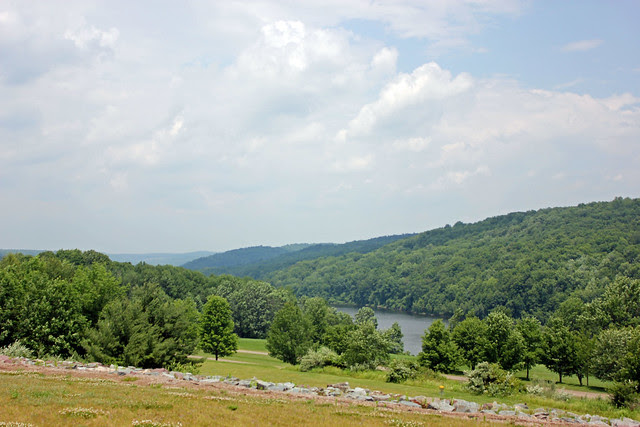 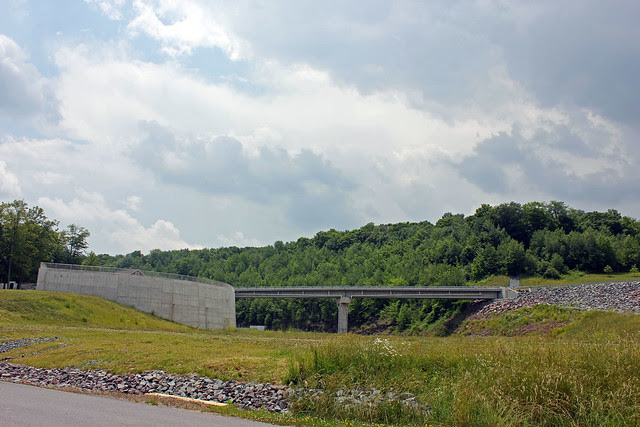 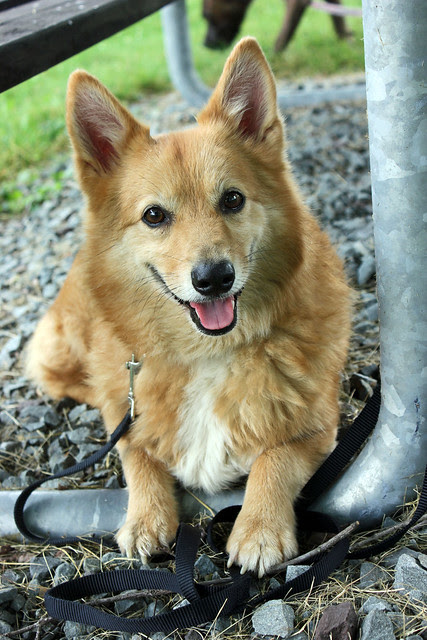 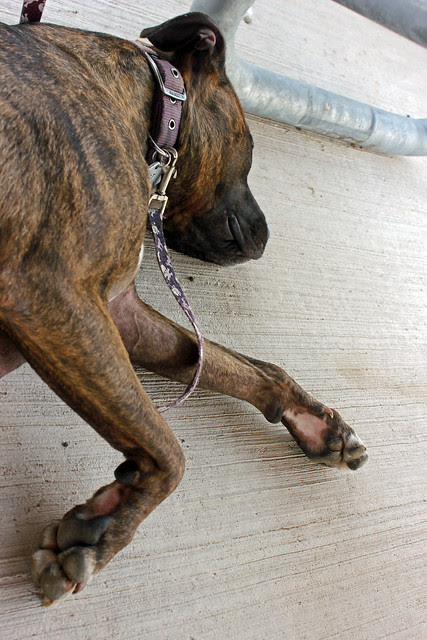 After lunch we started towards the lake.  The dogs were hot and I thought a dip in the lake wouldn't be a bad idea.  And then those distant rumbles of the thunder that I was trying to ignore became some rain sprinkles.  Within two minutes it was a full downpour.  I dropped all of the leashes and ran to the car to get my camera somewhere safe.  Normally my dogs would sprint with me, but they are all beat up!  Ein is in the best condition, yet he was lagging behind the worst!  (He finds walking with a leash dragging to be out of his job description.)

I saw on the map that there was a small road going to where the dam lets out, and it was not too far of a drive, so I went there in hopes of seeing the other side of the cool dam.  The raining had lessened up enough for a few snapshots - and I could see that there was a hiking trail leading to the opposite side of the lake. 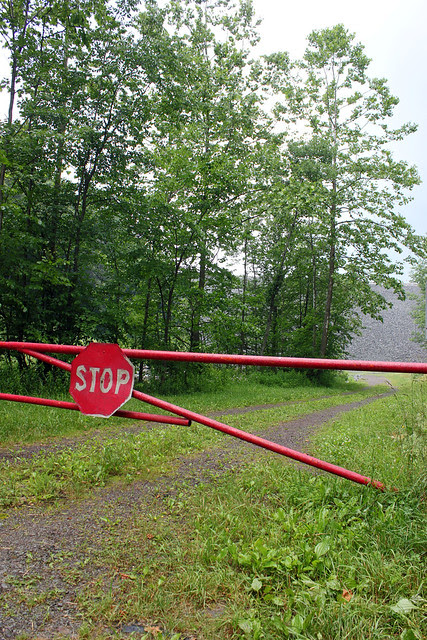 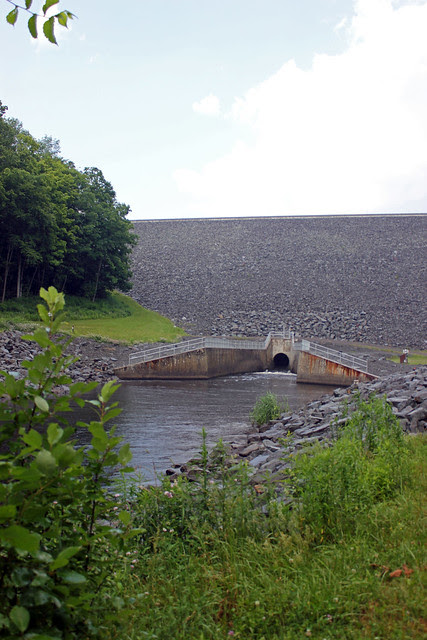 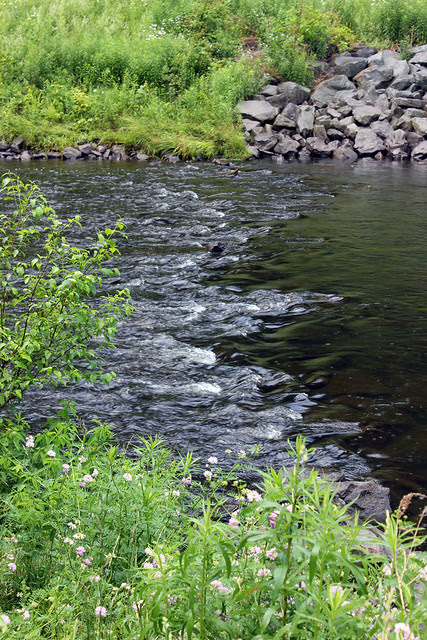 And then the rain started up so back to the safety of the car and off to Varden Conservation Area!  It was only 15 minutes away, and the rain stopped by the time I got there.  This park seemed to be wedged in the middle of many private properities.  There seemed to be a trailhead leading to a pond loop, but I could not find it.  That was the only trail I was interested in walking with the dogs: it seemed short and they could have paddled around for a bit.  I instead found ... 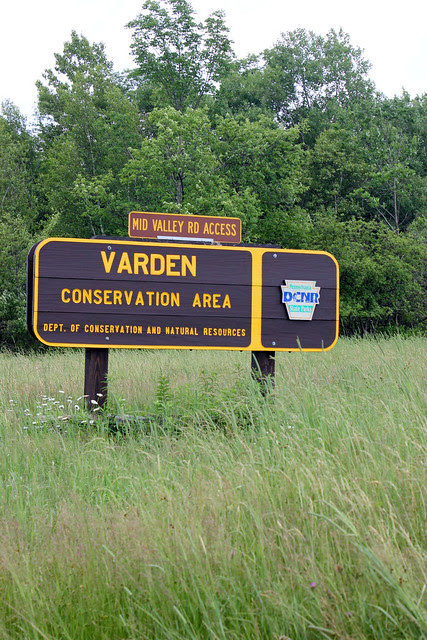 I rarely take photos of the State Park signs.  I find it to be a little corny.  Which is strange, because I will take photos of just about any sign for the Appalachian Trail.  To photograph or to not photograph the state park signs has been something I have wrestled with mentally since I started visiting the PA parks.  But since I am not about to re-visit some already visited parks to photograph the signs, I am stuck with my decision.
This entire paragraph probably shows how nerdy/insane I am?

So seriously, I pulled up to the trail head, shot some photos and left.  I don't like doing things this way: but the park map showed some trails winding through grassland/woods.  It was humid, and have I mentioned my dogs were wrecked?  Ah well.  It still counts as 'Visited'! 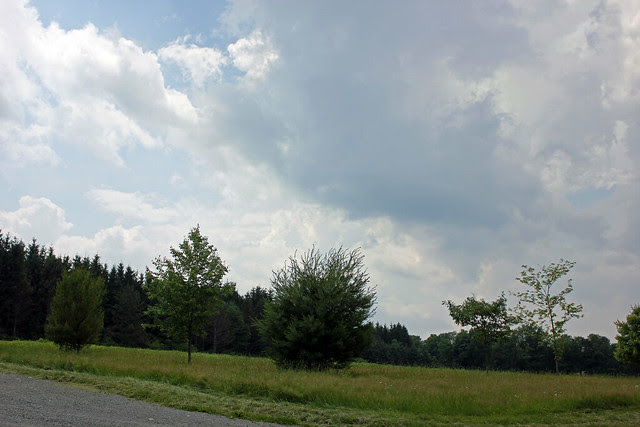 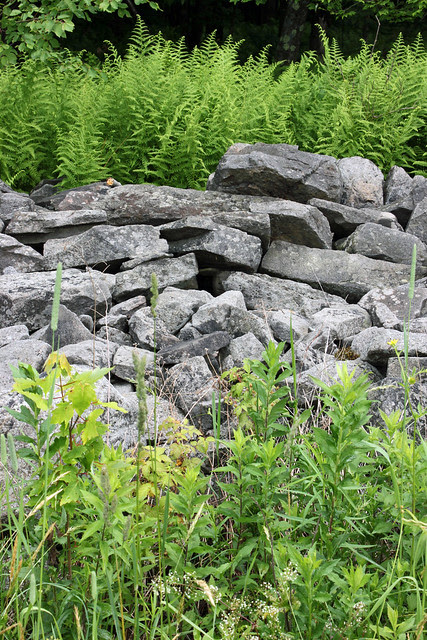 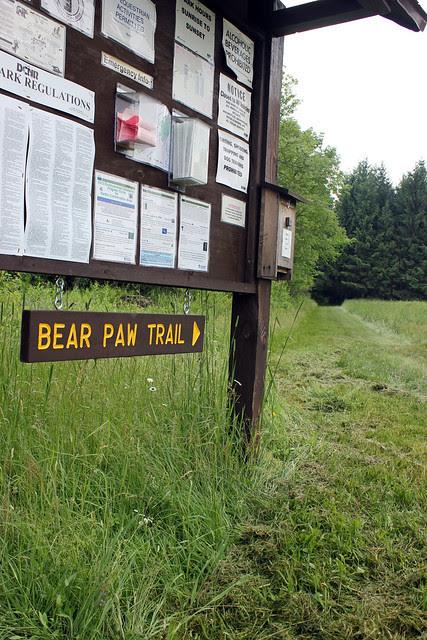 *I searched Flickr for photos of this park, and there weren't many.  This one is absolutely beautiful, however and I am sad to have missed that patch of woods.  It looks absolutely gorgeous!