Back to School with Mr. Ein! 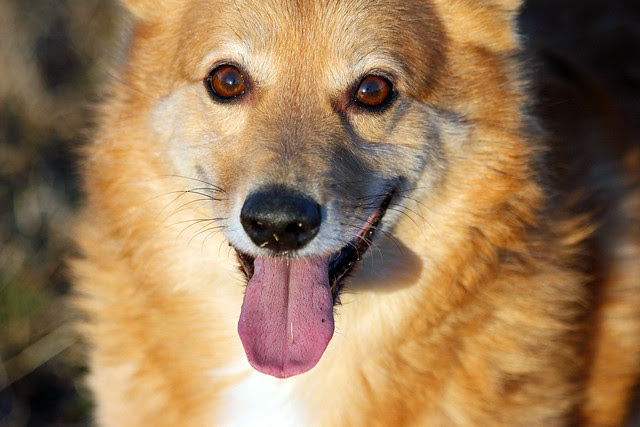 I signed Ein up for an upper level Rally-O course at our training center because I think it will be fun for both of us, and Ein could really use some working on the higher level signs somewhere other than my living room and garage.  Our last few trials have been very tainted with anxiety and I think that working somewhere with plenty of people and dogs around will be good for both of us.  And did I mention that it is fun?

Tonight was our first night and we were using AKC signs.  The course set up had both Rally Excellent jump exercises, so that was good.   It had a Halt-Stand-Down.  It had a Left Pivot.  It had a Moving Backup.  It had a Figure 8 with Distractions (Ein was nervous about the food bowls with stuffed toys in, so no worries about that.)  It had a Moving Down Walk Around.  It had a Stand Dog-Leave Dog-Sit Dog-Call Dog Front-Finish.  (Ein did a sit from a distance both times we did the course.  Very happy with this.)  Some good challenges.
We walked it twice.  The first time my head must have been "in the clouds" or still back in my hectic work day, because I did at least four of the signs completely incorrectly and not as-written.  It was a bit embarrassing.  For example, the Left Pivot sign was a Halt-Left Pivot-Forward but I did the sign as though it was a Halt-Left Pivot-Halt.   The Moving Down I did and then left Ein and wanted to call him Front.  What a piece of work I am!

The second time we did the course it was fine.  I did things as directed.  I also asked if I could modify the jump sign so that Ein and I would do it Cynosport-Directed Jump-Style.   And Ein actually DID it.  That meant a lot to me.  We are working hard on that sign - it is our major bump in the road of our RL3 title, so to see Ein take the jump while I was standing so far away from him instead of babying him over it meant a lot to me.

When class was over, I asked my instructor if she would be willing to do a quick stand for exam with Ein.  One of my goals with Ein within the next year is to attempt his Novice title in CDSP Obedience.  I would love to get his CD in AKC Obedience, but I think that the pressure is too great for him.  I think that CDSP Obedience will be a good and attainable challenge for him.  And if not, I will back off.   Depending on how he does, it is possible I will attempt his AKC Companion Dog title.   I want that so much for him, but at his current confidence level, I feel it is too much pressure.

I got side tracked.   The point is that I did a Moving Stand and left Ein in a stay.   He let the instructor pat his back and did not move!!!!!  This is so huge I cannot even express.   Ein has blossomed from the dog he was as a pup, as an insecure teenage dog afraid of his own shadow, and from the dog he was when we began Obedience and Agility classes.   The SFE is something I wasn't sure if he would ever do.   And he may struggle with it in the months to come, but it was there tonight.
YES he moved a paw as I returned to him because I was looking at him the whole time.  Our instructor told me to leave him again and not stare at him on my return.  This time he took a small lean/step away from her, but stayed in place when I returned to him.   It was not perfect - but for my scaredy dog's first SFE ever, I was elated.
Posted by dogbird daily at 9:02 PM