This morning I took Perri to her final match before next week's shows (starts Thursday.  gulp.)
We were the 18th dog in the run order and group stays were being done in a separate ring, so we did those first.  Despite having a very noisy chesapeake bay retriever on her right, and a boxer that broke her down stay and had to be fussed around with by both the judge and handler, Perri stayed.  Good girl. 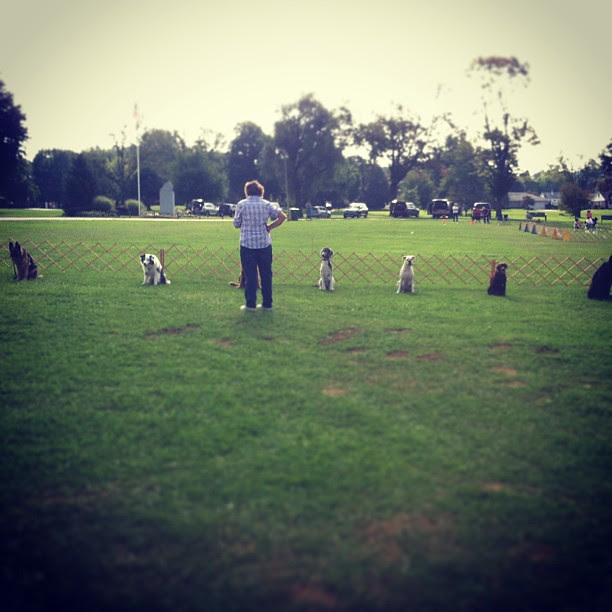 The day was alternately Really Hot or Kinda Chilly, depending on the clouds.   20 minutes before Perri's ring time and onward, it was Really Hot.   Perri doesn't do to great in the heat, and I also have to watch her water consumption because Hey.  Remember that time she peed in the Obedience Ring??

The judge is also our novice teacher when we go to obedience club night, so in addition to friendly advice she was also hands on with helping and instructing.
When I set off on the heeling pattern I could feel Perri by my side, but the judge told me to release her and that I "don't have a dog."   Perri was walking with me but not heeling with me.
I hyped Perri up a little bit with food lure and we went back into the heeling pattern, with me moving at brisk pace and jollying her up with praise.   It went better.  She sat at every halt.
The Figure 8 was world's better than it was at the last match, most likely owing to my brisk pace.   Perri did not sniff any of the ring stewards, and that is progress.   That, and her total lack of ground sniffing today, shows me upward progress of Perri being comfortable at events and in the ring.
The Heel Free was about the same.  Hot poodle, okay heeling with some lagging.  Sat at all halts.
The Stand for Exam was great, not a paw out of place.
Before I knew it it was time for the recall.  I remember thinking, "This is going really fast!"  I think that the whole Novice routine used to seem to take forever in my mind because I was intimidated by it.
Perri's recall was fantastic and FAST, very prompt response to me.   The judge complimented it, and so did two people that watched it from outside the ring.   That made me proud.   Crooked front, though.  Good finish.

Good poodle!
So.  Thursday kicks off four days straight of Obedience shows.   Will four be too many?  This is a question that has me concerned, moreso than even "Will she qualify?".   I won't have that information until we try.   If I could do it over again, I would still have entered these shows.  All four of them.
I did not feel that way in June.  If I could have withdrawn those entries, I would have.  I did not feel ready then.  I feel like we have a really good "fighting chance" now, and I am actually looking forwards to it like crazy.

Speaking of Too Many... Mr. Ein is doing much better!  I asked him for a front and finish this afternoon and he corgi grinned at me and did as I asked.   A nice long nap under my bed must have restored him to his prior awesomeness.   And since we did get two really cool ribbons for his Level 1 and 2 championships... 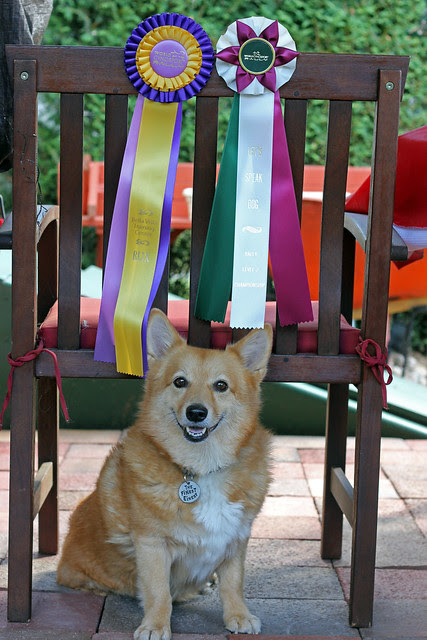 I have been mentally processing yesterday's trial.  A lot.
First: a one ring double trial is going to be a long day.   Like, eight plus hours long.  That's worse than agility!  I am a lunatic and actually enjoy trials, but I will admit that even I become sick of being at a "one ring double trial."  I can only imagine how my nervy dog feels about enduring trial noises and stress for hours on end.   Avoiding in the future.
Second: the club that we belong to is putting on a trial in December.  Ein does consistently well at that club and is even more comfortable since we started training there.   We will enter there for his last QQ towards the ARCHX and a Level 3 leg as well, because it sure would be nice to earn one or both titles at a place that we both like so much.  This will give us more time to perfect our directed jump, and proof the Stand Dog-Leave Dog-Down/Sit Dog sign so that I can go forth and feel confident that he will do them.

And what's that Molly up to?  My town had their annual "Yip and Dip" since the public pool is shutting down for the season.   This is entirely Molly's event since Ein dislikes social outings and Perri won't jump into a pool (yet.)
Aunt Glenna came to visit last night with Everett and we took the dogs for a few hours of fun!
We finally had to quit because Molly wore every single one of her back claws down to the quick by launching from the concrete sides of the pool.  That dog. 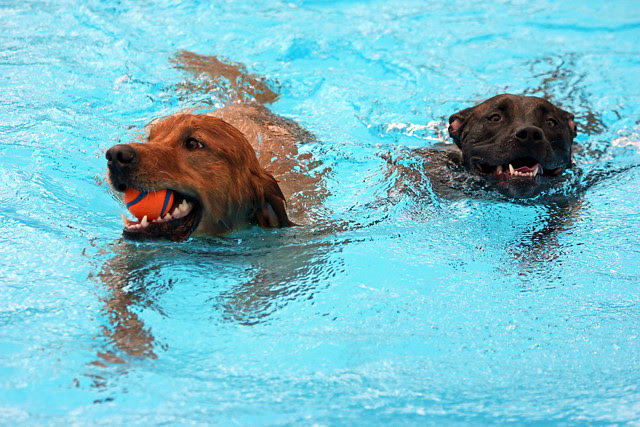 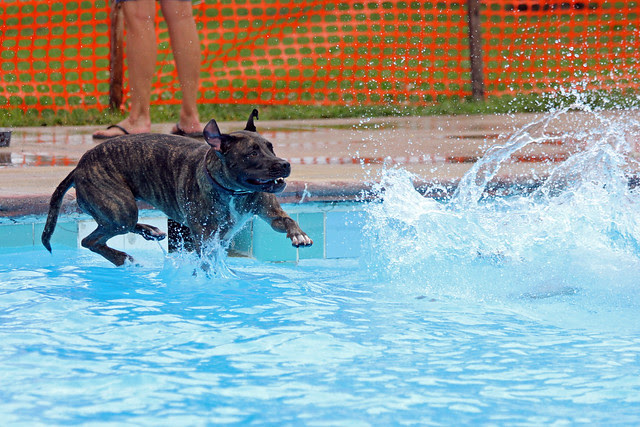 Posted by dogbird daily at 5:18 PM