Molly and I trialed AKC Agility all weekend, and we were much more successful than our first time.  I feel so proud of Molly and how far that she has come this year.  She still has her moments, and had some of those moments this weekend, but WOW.

I tried a new class with Molly at this trial called FAST.  That stands for "Fifteen and Send" since there are fifteen different obstacles available, all worth varying amounts of points and then a "Send" - two obstacles behind a send line that you may not go beyond.  You must send your dog to those obstacles in the required order to qualify, and completing the senc earns you 20 bonus points.  You must earn fifty points total and of course, complete the "Send." 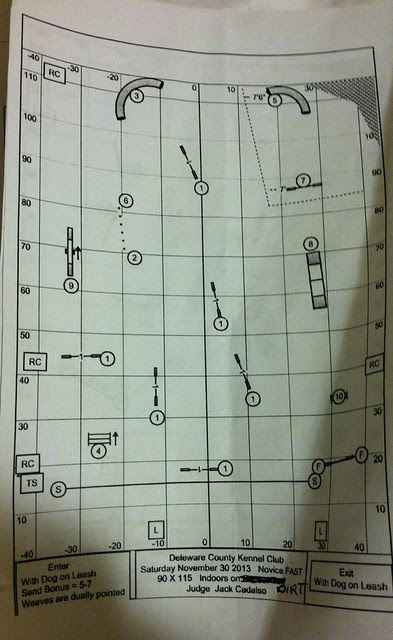 We did the outside loop and earned 67 points...very very quickly.  In 17.07 seconds in fact.  We don't often get to do straight, flat out runs like that since of course agility courses often involve switching sides or curving, or nasty little traps.

Next up, another go at Standard.  This was our only NQ of the weekend and Molly was stressy.  She yawns at the start line and then after the Aframe she was just a mess.  Flying around, refusals, blown contacts on the Frame and Dog Walk, a bar taken down on a backjump... And my handling was no pretty picture either.  I had to remind myself that this is a new venue, a very busy trial, and the venue is used often as a horse arena.  I knew this would be a tough weekend for Molly.  We got two "Failure to Perform" faults, a Wrong Course, a Refusal and we were .49 seconds overtime.  Oops! 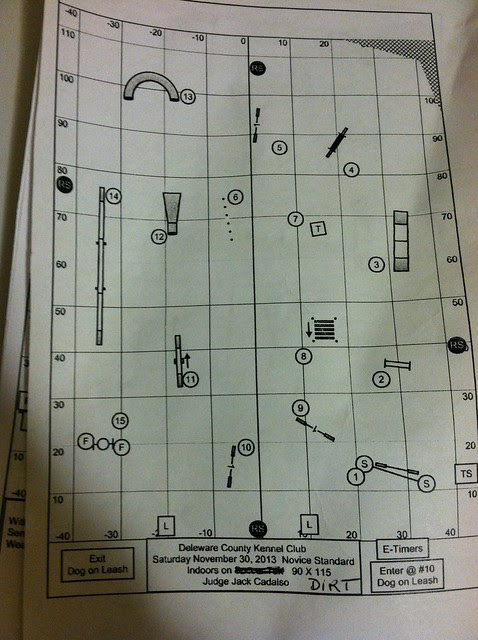 I was a bit brought down, but remaining optimistic.  After all, at the last trial Molly's Standard run was a disaster and Jumpers with Weaves was great.  This was no exception!  Molly qualified, but it wasn't pretty.  Two refusals and five seconds overtime, but that's still a Q.  85/100 score and our first JWW Q, woohoo!  I don't even know where the refusals occured to be honest.  I know something happened somewhere around 10 through the end but it was all a blur.  I wish I had it on video. 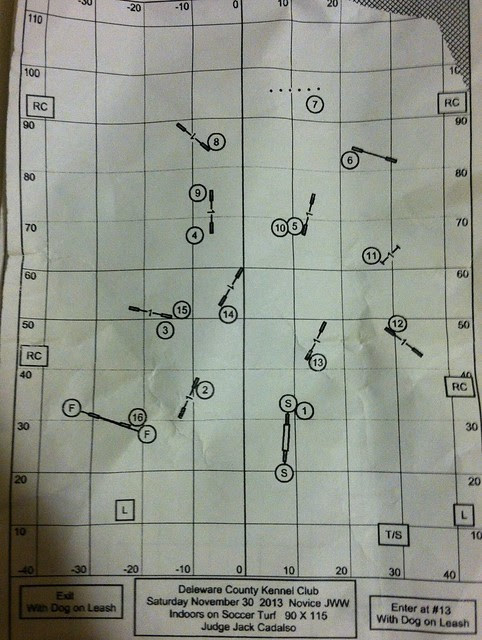 And then today I returned not knowing what to think.  I was really upset about the blown contacts from the day before.  I hate having to baby her on contacts and then she still blows them.  So, not much hope for Standard.  But she did good!  She got a refusal on the weaves and nearly got one on the 10-jump.  But I must have called her back to me before she hit "the plane of the jump" so she only got the one refusal and that's a Q!   Oh, after the pause table she went and said hi to the judge and leaped up for a kiss to the face.  How embarassing, how Molly!  I apologized to the judge later after the class was over but she told me to not apologize and that it made her smile.  Leave it to that Molly... 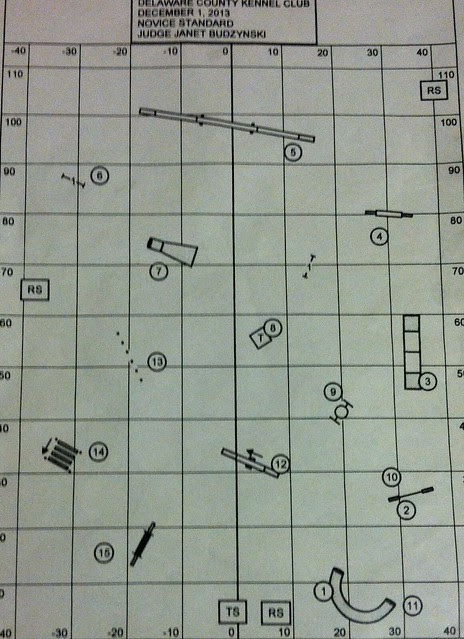 And then the last run of the weekend was again Jumpers with Weaves.  I was feeling good about this, but also a little pressure.  We are entered in another AKC trial in three weeks, so if Molly got a Q in JWW today and if she gets one at that next trial, she would get her NAJ title.  If if if if.  And, well, I sure wouldn't mind getting that title.  And I sure wouldn't mind being able to go to that trial in three weeks with that potential on the table.  So, I kinda sorta really wanted the Q.  And we got it!  Oh how I wish this was on video.  Molly ran completely clean with no bobbles or goofiness at all.  At the end she sent from the last jump into the last tunnel and I almost called her back in terror because I thought she was surely going to outrrun the tunnel but I bit my tongue and trusted her (so hard to do.) and she ran right in.  YAY!  27.58 seconds. 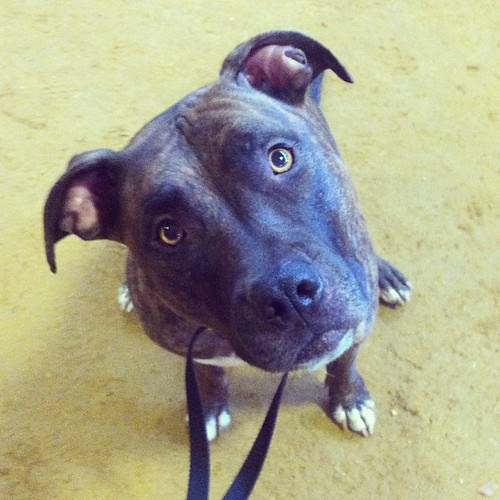 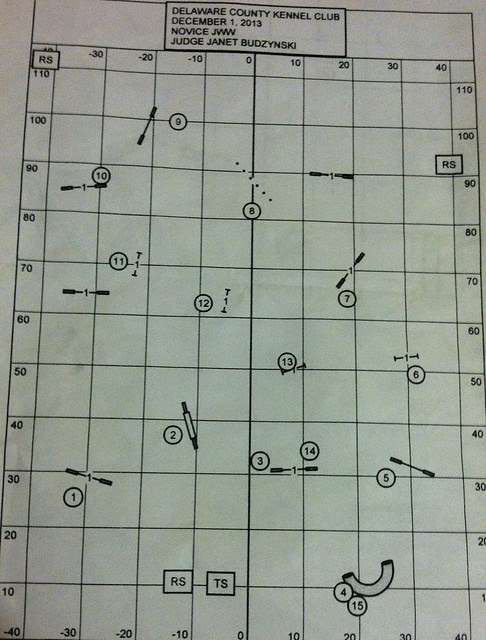 On the way home I was like, "Ummm.  Wow.  My bad girl got 4/5 Q's in an AKC Trial at a horse arena.  That's huge!"  We weren't perfect like some teams I watched, but we aren't bad for a clueless Novice A handler and a naughty impulsive pitbull, right?  Onward and upward, Molly Moo! 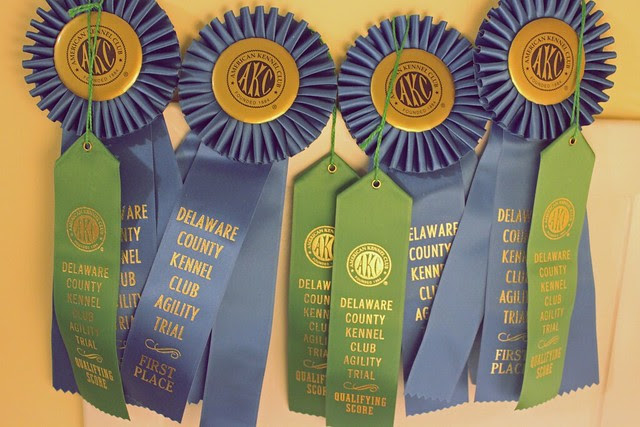 Posted by dogbird daily at 5:21 PM