I was chatting with a fellow Team Unruly member about more than a few subjects - but one thing that came up was how I have said "screw this" about keeping Ein on light duty and have started throwing his tennis ball for him again.   It is nearly physically painful for me to do so much with the girldogs while he stands at my screen door and cries because he is being excluded.  The lion's share of Ein's attention these days is his PT exercises and being my chillin' out buddy while I read books or play with the ipad on my back porch.

Sometime last week he found one of Perri's squeaky tennis balls and threw it at me.   Enough of the sedentary life, woman!  Meanwhile, back to my chat with my friend.   She recently got a new job working for Best Friends Animal Society and said that one of the dogs there has some structural problems, so they let him play with a Boomer Ball rather than a tennis ball, since the dog is less inclined to do those abrupt stops and turns with larger ball.  She suggested maybe I might try something like that with Ein.  Yes!

It has been years since I have had a soccer ball for Ein, but he loves chasing them and biting them and pushing them around, and the good thing with that is that he won't be racing after a tennis ball and slamming the brakes on to grab it.   He might enjoy the ball chasing in the moment, but later on it could cause him to stiffen up.  (Does this mean we will never play tennis ball again?  Not at all.)  I will keep an eye out for a Boomer Ball or Ein-sized Jolly ball, but in the meantime I will pick up a cheapie soccer ball for him to enjoy.

And in honor of Throwback Thursday, Ein enjoying soccer balls in his youth... 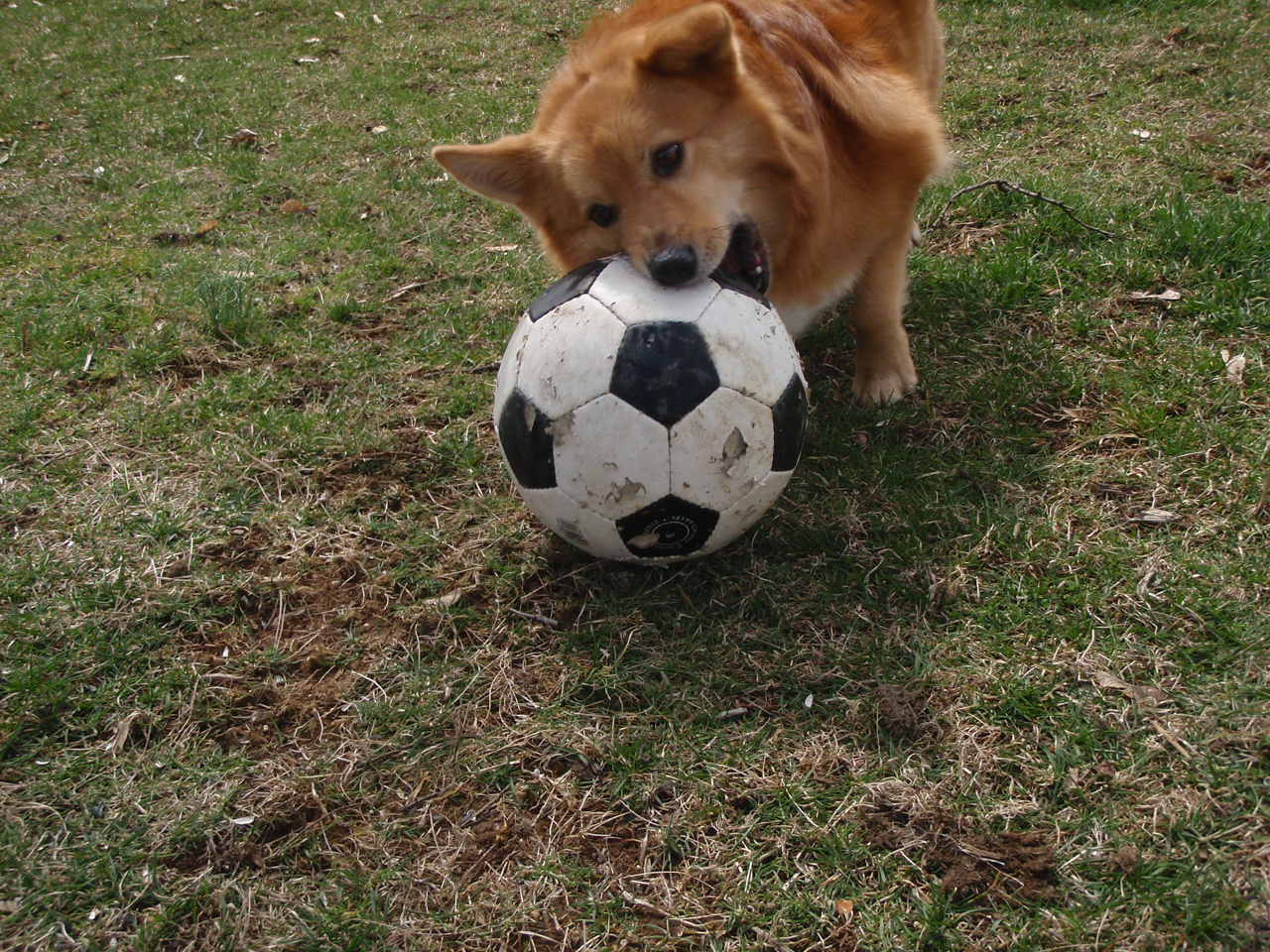 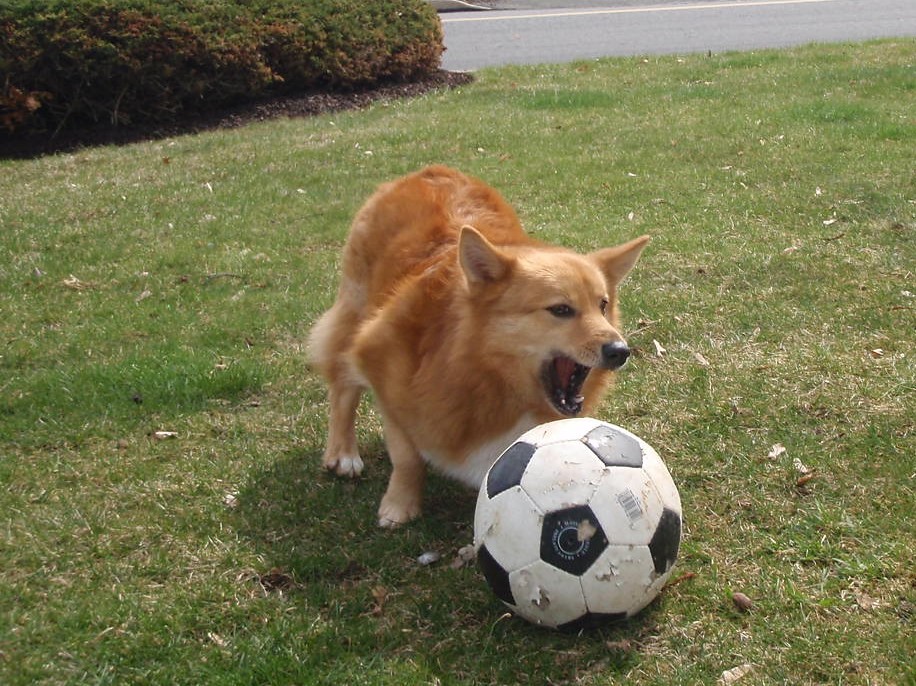 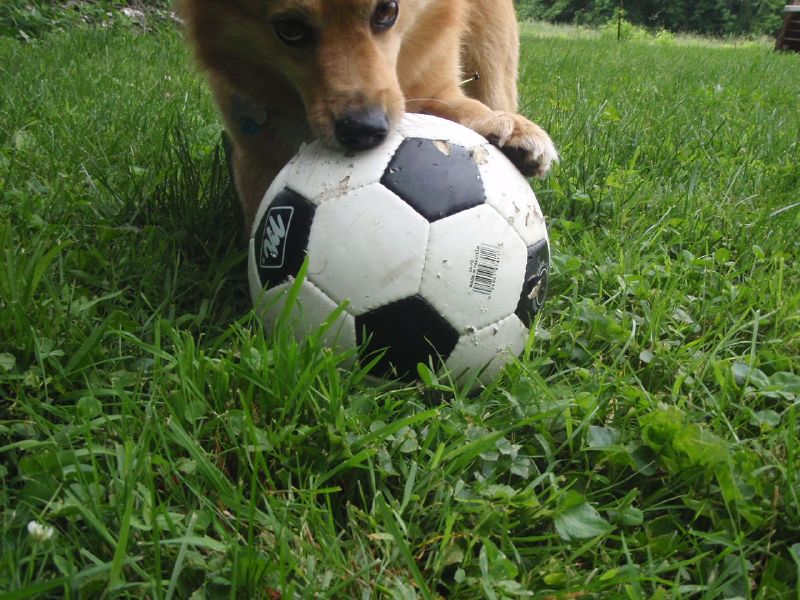 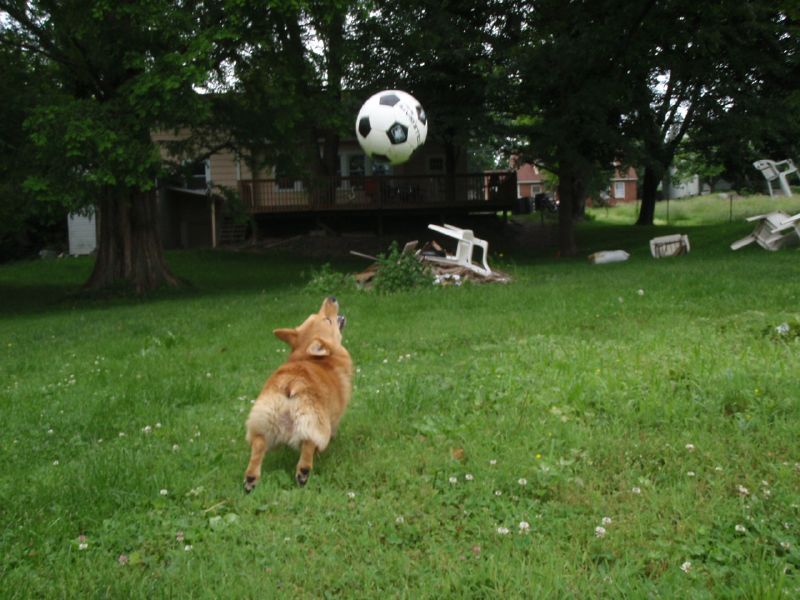 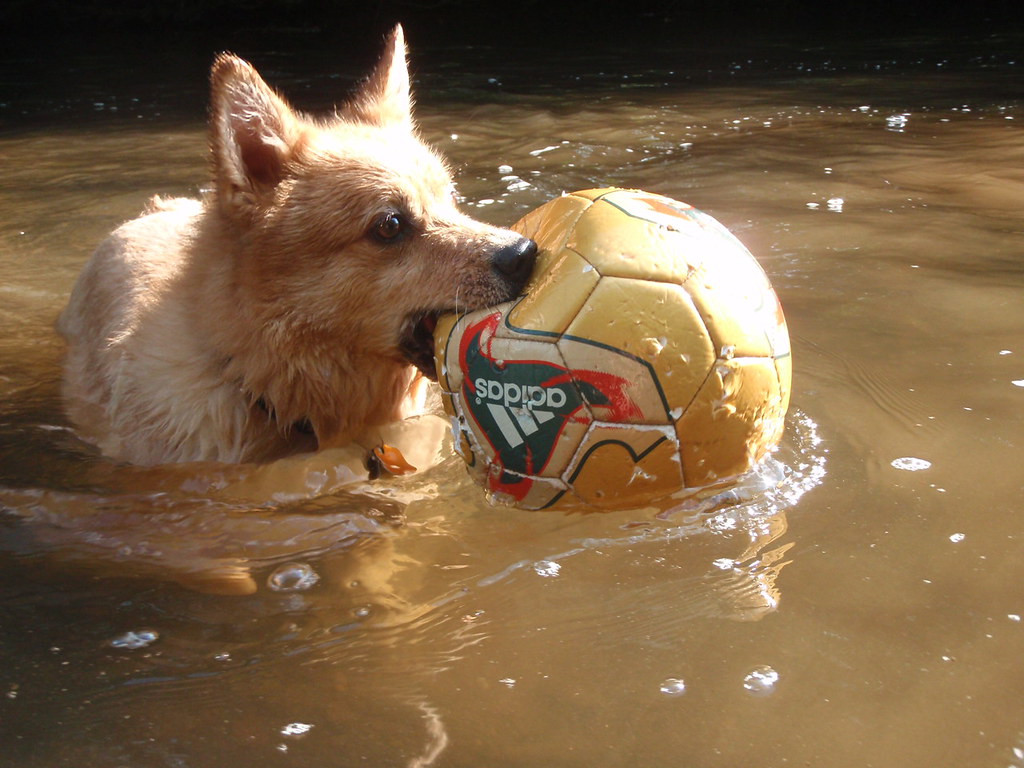 And because if I say "Jolly Ball" in a post, I have to remind all exactly how much Molly loves her Jolly ball...

Posted by dogbird daily at 5:06 PM