Yesterday was a rare responsibility-free morning spent at home and me and the dogs enjoyed every single minute of it!  We did a small amount of training here and there (12 weave poles, getting a kick back stand behavior out of Molly) but mostly we just played in the yard.  I filled up their kiddie pool, we played ball, everyone rolled in dead earthworms (well, I didn't.  It was hard to resist but I exercised self control.)

Ein doesn't spend a whole lot of time in the pool since the other two tend to stampede around the yard and slam into it at a moments notice.  He doesn't like to be splashed or jostled! 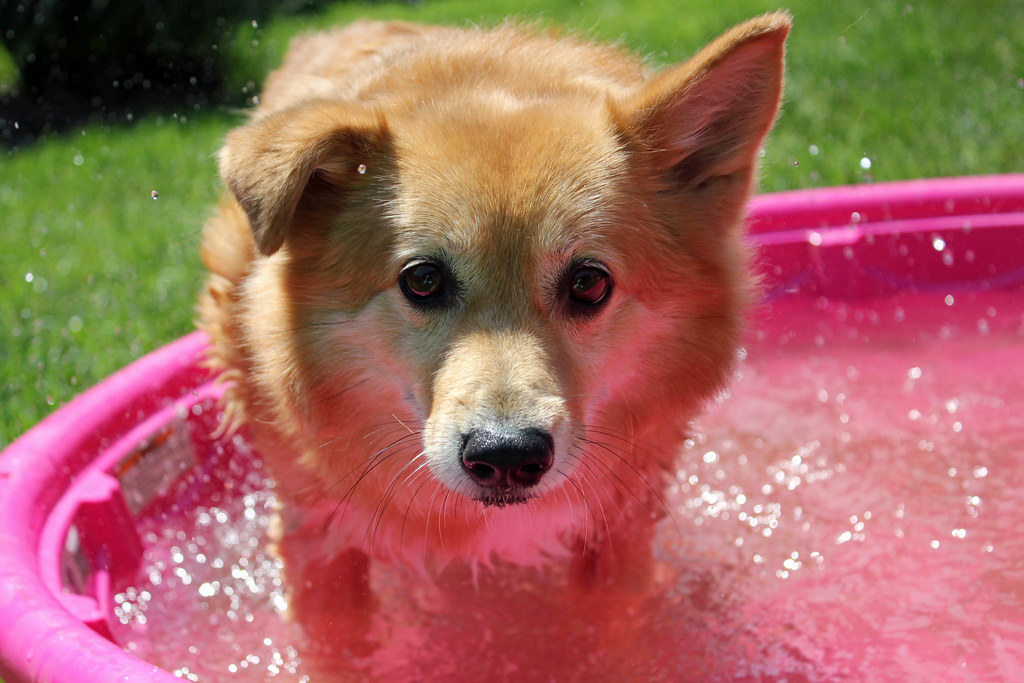 Keeping an eye on the idiots... 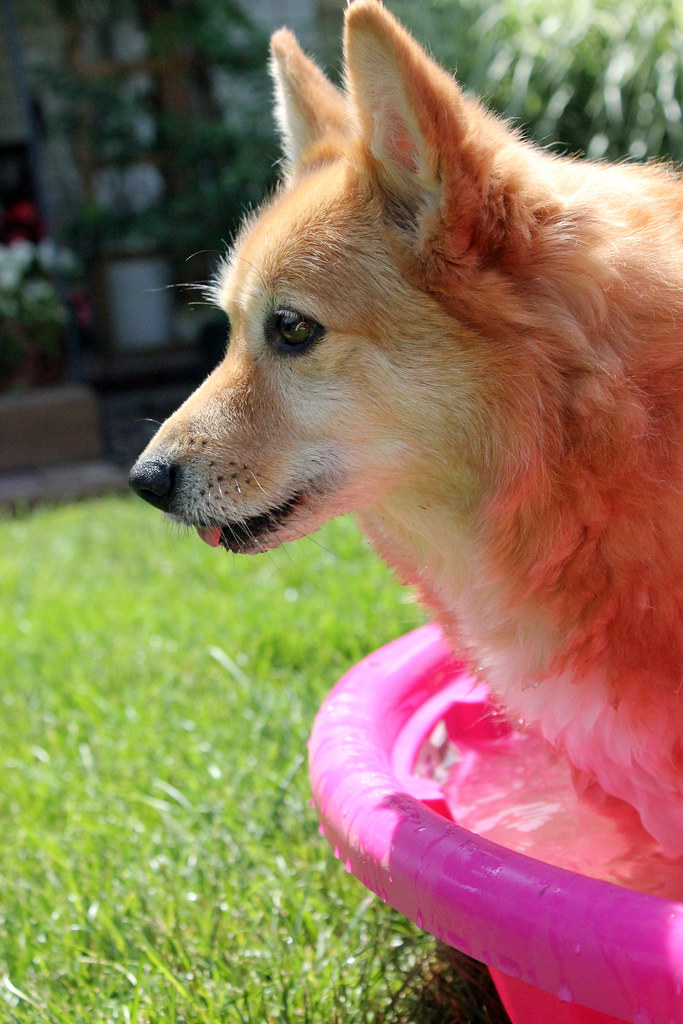 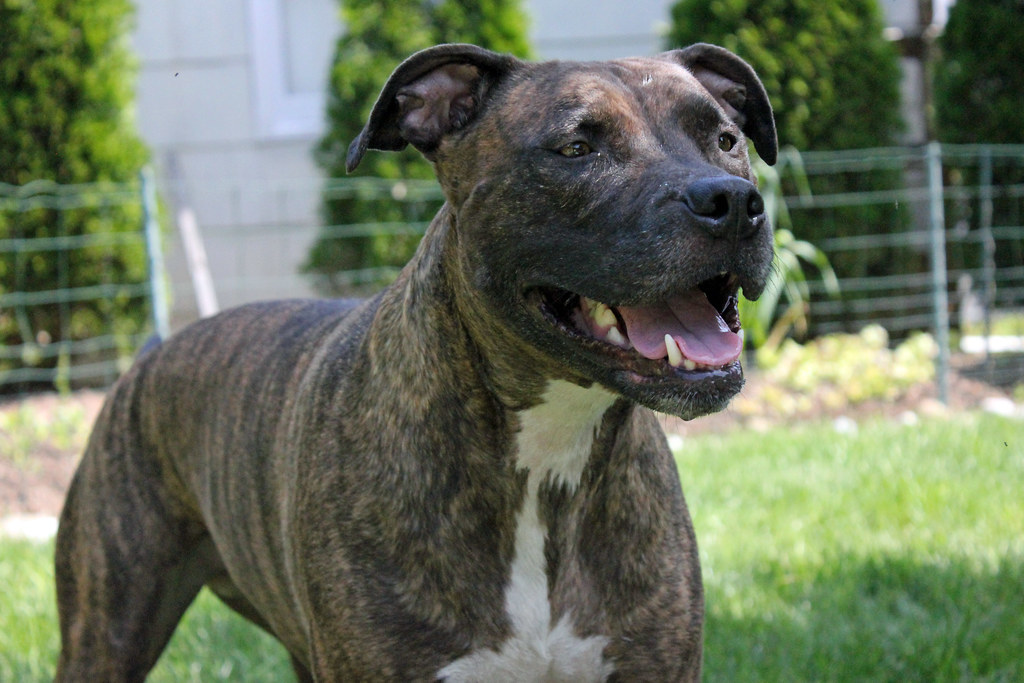 Their favorite game (well, Perri's favorite game) is keepaway.  Perri steals Molly's ball and spends all of her time keeping it away from Molly.  Since Perri is far and away more agile and bendy than Molly (and possibly more stubborn.  She is german after all.), this is way easier than you would think.  Perri could not care less if she is bitten, humped, body slammed, barked or chattered at...the game must go on. 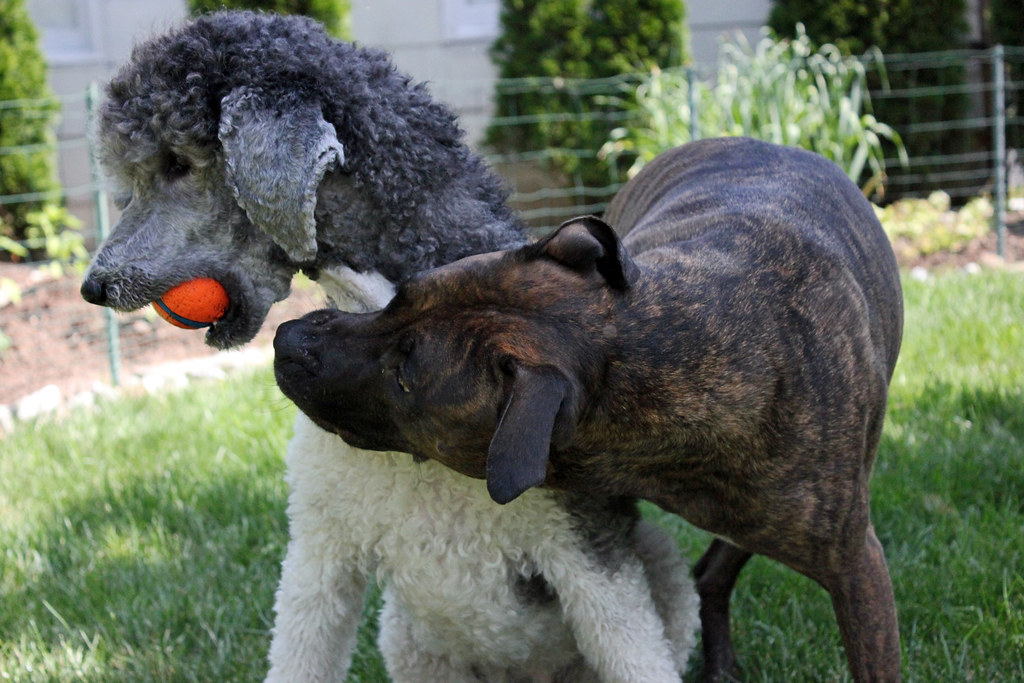 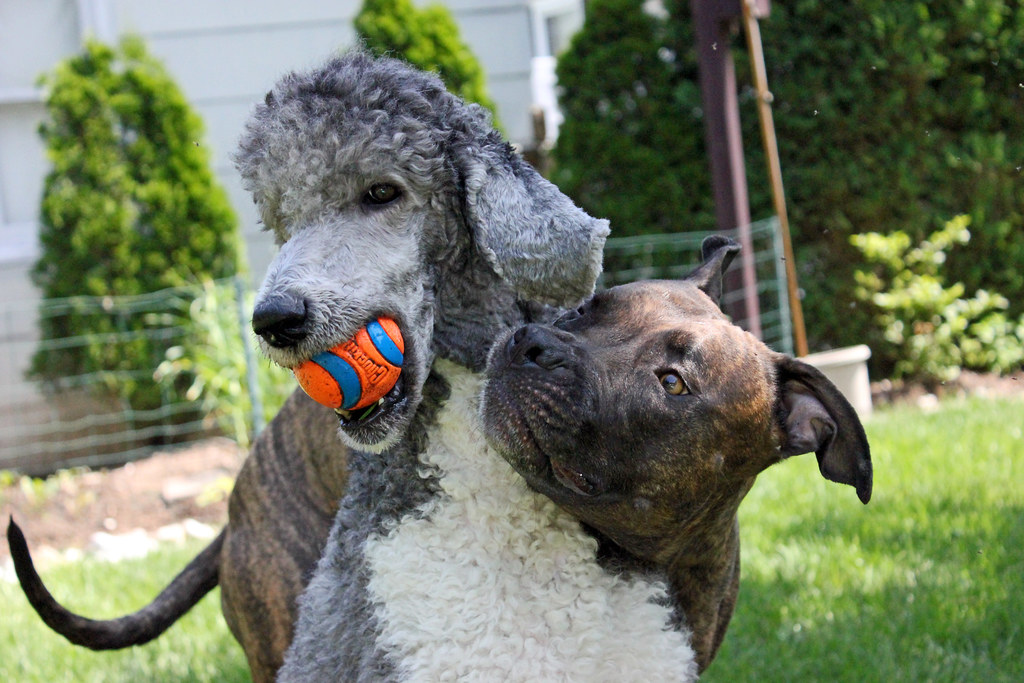 Ein thinks they are idiotic livestock.  He moved from the pool and began searching the yard for any dead earthworms or insects possible, and smeared himself in every single bit of it. 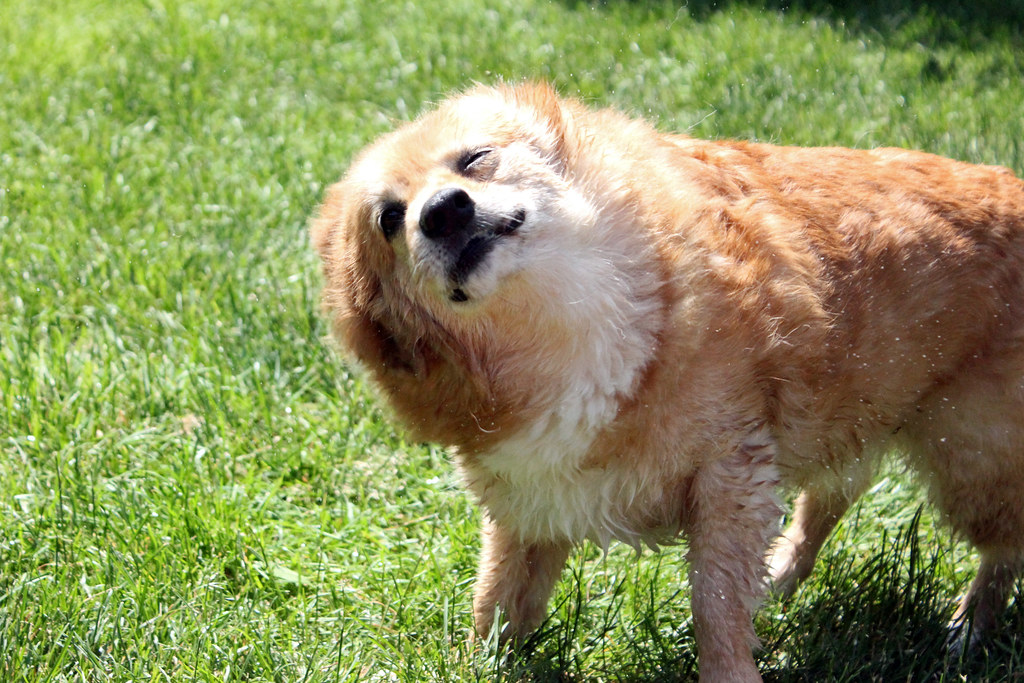 Molly thought that was a pretty super idea! 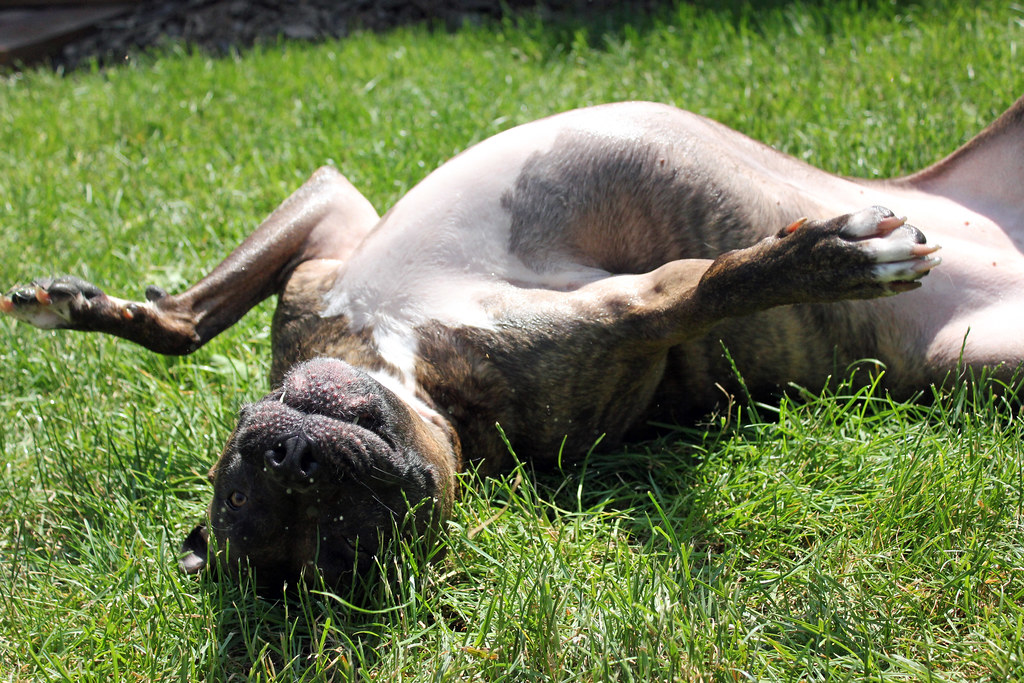 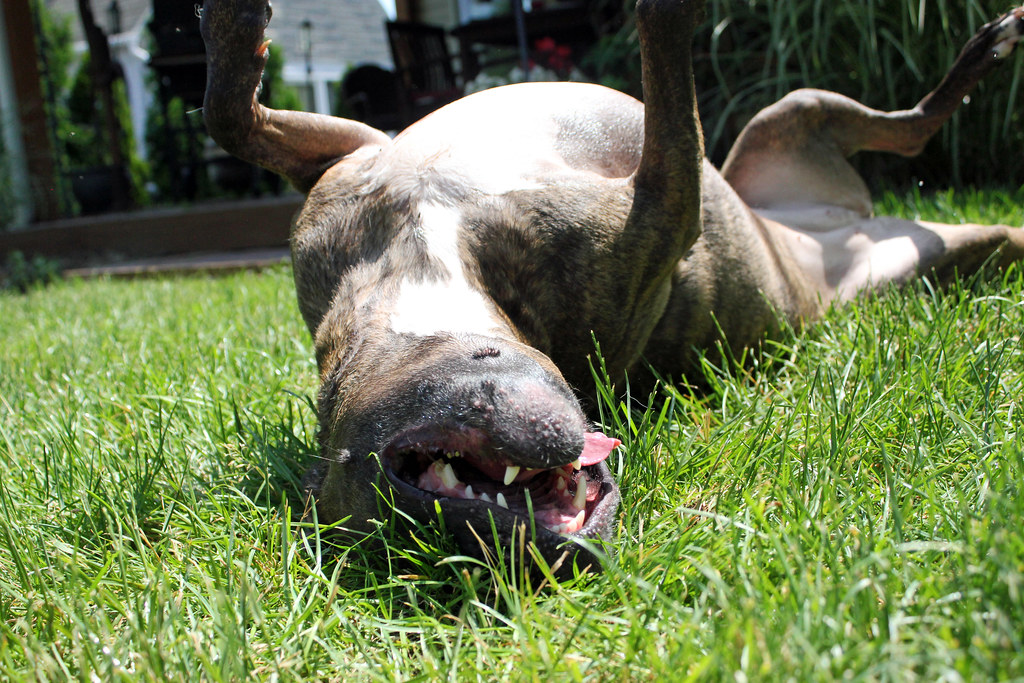 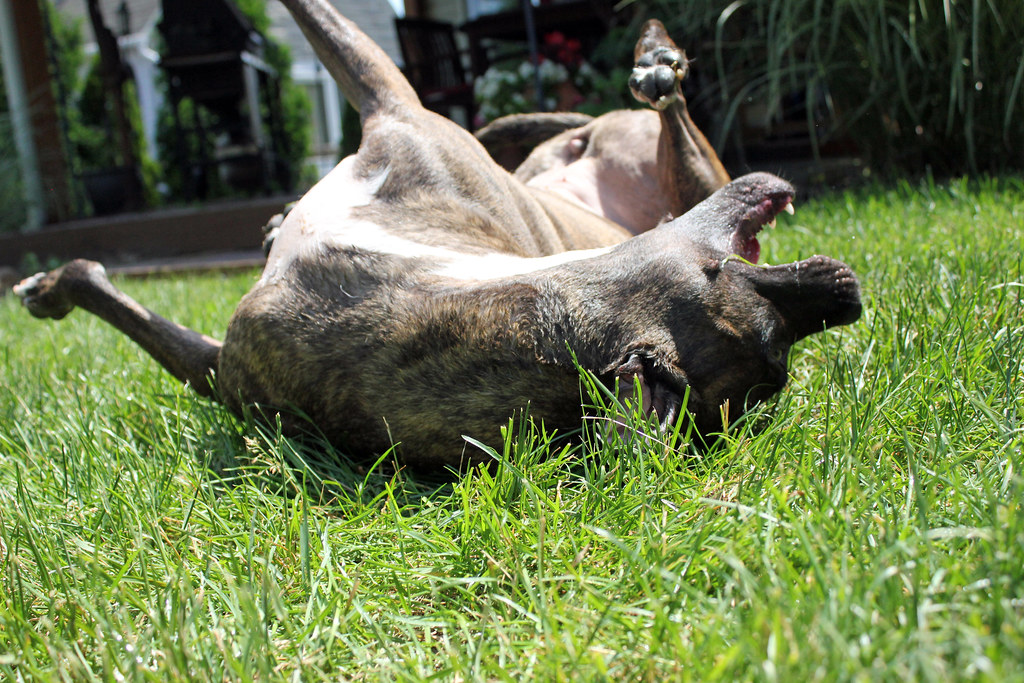 Then I stole the ball and played keepaway with poor Molly.  Want your ball back?  Do the weave poles!  We had mixed success - the most success came when I followed our agility instructor's advice of putting a jump at the end of the poles.  When Molly is working for something she really really wants (high reward cookie or the ball) she pops from the tenth or eleventh pole in anticipation of being rewarded.   You can imagine how awesome that is at a trial - in fact we threw a beautiful Open Standard run in April for just that reason, and that reason alone.  Having the jump to drive for helps her understand a little bit better that she is not getting her reward until after the poles are completed and that jump.  No reason to get over excited and pop the poles, because you still have to do a jump after it!  Once I added that into the mixture (I kept the jump at only 12", the height isn't the point.) we had a whole lot more success. 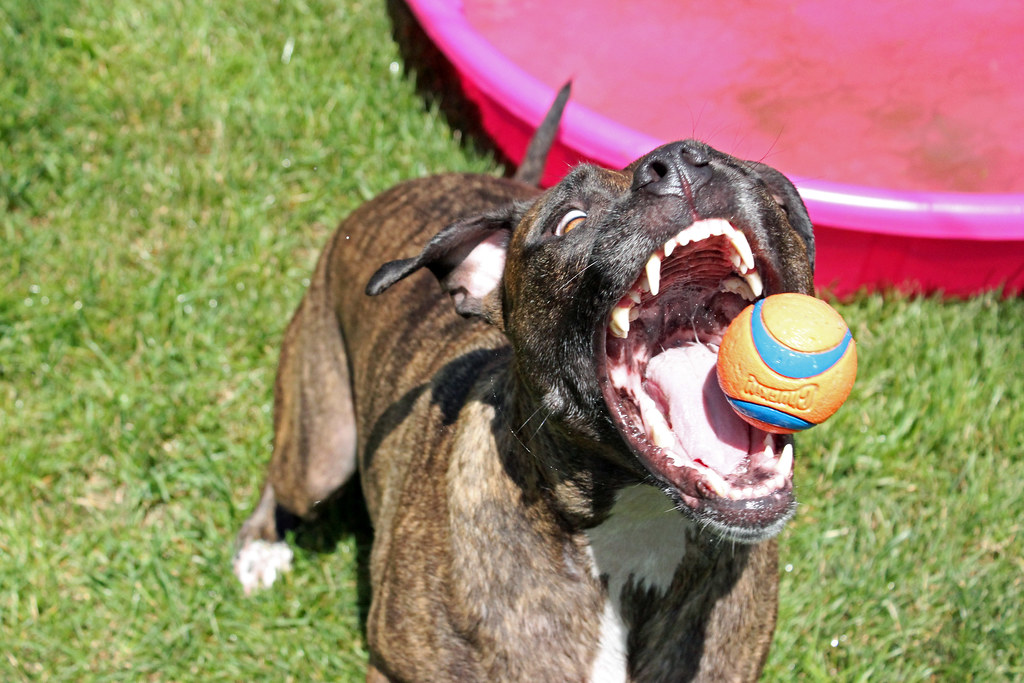 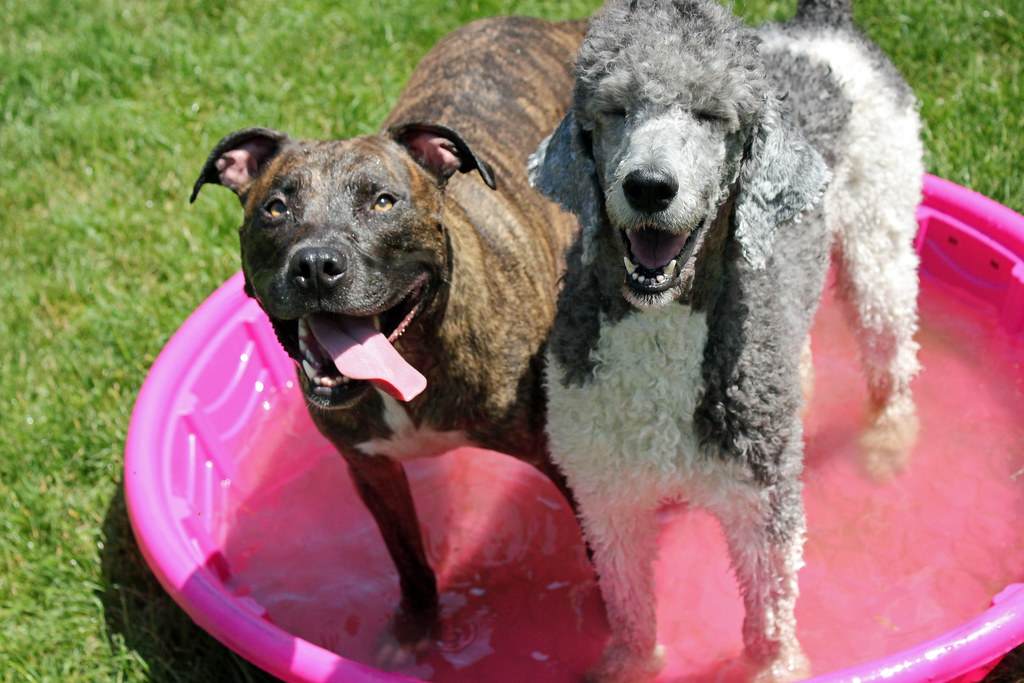 And since Ein smelled positively necrotic and he is at the height of coat blowing season, I gave him a bath with his Burt's Bees shampoo and blew his coat out with Perri's blower.   I think my entire neighborhood is coated in corgi fur, it was every where!  Thankfully it was a beautiful and breezy day and the wind carried it all away from our porch.  Ein looks much thinner now, and smells a whole lot better.

Still, baths suck forever and ever. 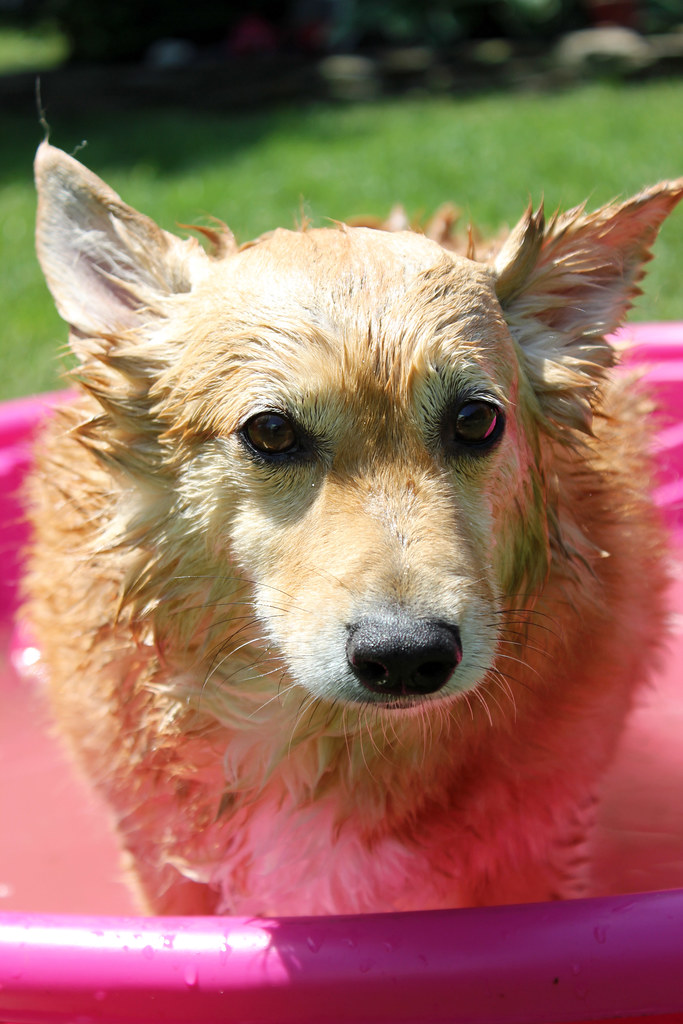 Posted by dogbird daily at 6:46 AM