Being an owner of both a "pitbull type" dog and a standard poodle, I feel the heat of breed prejudice more often than not.  Both pitbulls and poodles are subject to all manner of nasty, undesired comments from people who may have never met them, or lived with either breed.  And it hurts!  Both online and in my daily life, I endure jabs that go from playful to downright hurtful.  On one memorable occasion I saw somebody refer to pitbulls as "genetic trash".  Ouch.  That one really stung.

Breed stereotypes are everywhere.  Something I see a lot of on the internet is hatred towards poodle mixes, and I despise it.  Poodle mixes are often products of irresponsible breeders.  They are popular and trendy, everybody wants them.  And so "dog people" seem to turn their noses up at a poodle mix.  They are proud to declare that this is a thousand dollar mutt, bought by only a foolish person.  They Know Better.  It's not a real breed, it's just a "mutt".

I see Labradors slandered in the same way as doodles.  Stupid.  Annoying.  Oafs.  Dumb.  Poodle crosses are one tier lower on the Hated By Knowledgeable Dog People Scale, because they "aren't even a real breed."  They are an "expensive mutt."

And I see the generalizations, the hateful comments.  It seems like "despising doodles" must be an automatic gold star on the Responsible Dog Owner chart.  All the hateful, prejudicial comments I see and hear towards poodles and labs, combined with an "expensive mutt" cherry on top.

I've met some awesome poodle mixes.  I've met some awesome doodles.  I've watched a doodle earn a near perfect score in an Obedience run, and I'm not even in the sport very often.  I know a cockapoo with plenty of motivation to please and spunk, as good as any "purebred."  For me, dogs are dogs.  Some poodle mixes are annoying, some are great.  I've seen plenty of both.  Just like I've seen plenty good examples of many "purebred dogs", and plenty of not so good.

Does this mean that I support the intentional breeding of cross breeds?  I think that is a bigger subject than I am discussing here.  I do not support puppy mills, "back yard" breeding and irresponsible breeding.  Poodle mixes are a hot ticket item for many of these sources, they are where the money is - and the dogs are taken advantage of for being a commodity.  But it is not the dog's fault.  Does being a product of poor breeding immediately brand a dog as "stupid, dumb, genetic trash, mutt?"  No.  It means that the human who bred that dog is Irresponsible, Cruel, Careless.

Many people get their poodle crosses from rescue or re-home situations.  They do.  And I can tell you, because I know, that it hurts a whole lot to hear careless, slanderous comments thrown around against your breed, or your dog.  It hurts to have to defend your friend against supposed "dog lovers."  I hate stereotypes and generalizations.  I hate them against people, and I hate them against dogs.  Take the individual dog, where he was sourced, and the individual owner and respect accordingly.  Everybody deserves respect for the animals that we choose to share our lives and hearts with.  Cutting down a poodle cross doesn't make you cool or responsible, it just makes you a jerk for hating someone's friend. 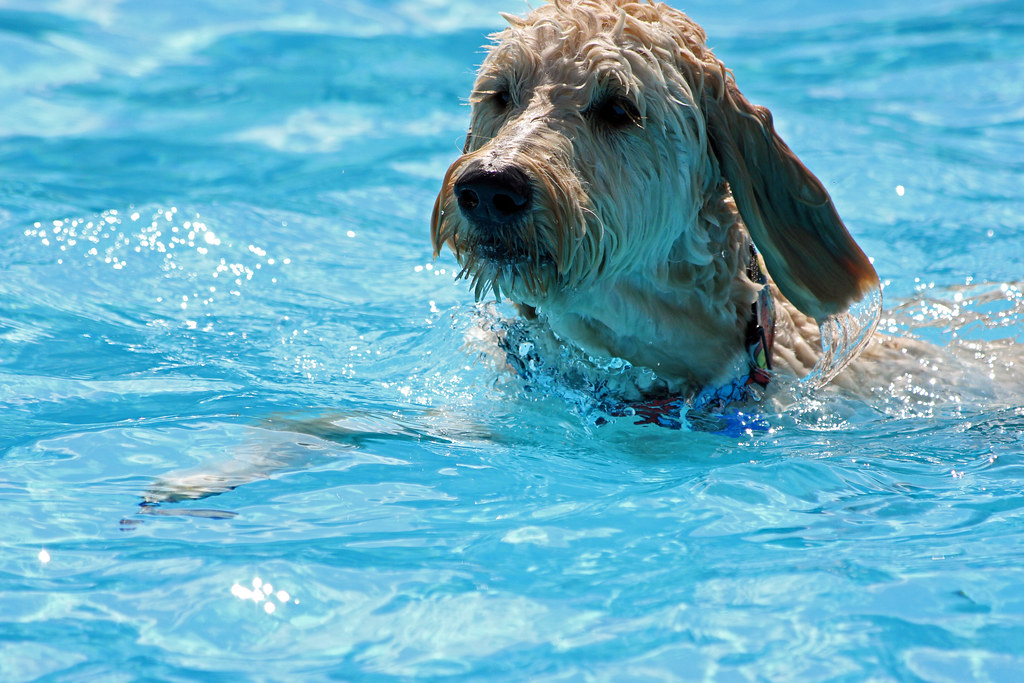 Posted by dogbird daily at 5:50 PM