I suppose I should write some big summary post about 2017. It was not my favorite year, what with the Molly Cancer and the Perri Coming Undone and all that. But maybe later.

Today I took Molly and Ein to our last agility trial of the year, literally on the last day of the year.

Ein ran in Jumpers and Wildcard. He was nervous in Jumpers, he has not run at this trial site in a few years and the close quarters of ringside made him worry. Most of the course was towards the back of the ring and he did well as we got away from where people were congregated. On Wildcard he ran like the wind and his confidence seemed to be restored! We are standing at 610 points towards Ein's Level One Point title. This year, Ein and I have begun to enjoy agility together more than I ever believed possible. I cannot put into words what a blessing he has been for me this year while navigating through Molly and Perri's health and mental issues.

Molly was entered in all five classes today. Originally she was only entered in three, but since I scratched Perri from the two runs she was entered in, I substituted Molly in. Jumpers was first and was lovely but for a wrong course tunnel. Wildcard was next, lovely but for a dropped bar. Standard was the old dog walk to the tunnel at the bottom and you-have-to-handle-to-the-tunnel-side-that-isn't-in-their-line. Gets us every time and it got us today! And then without warning I took her out of her crate for her Snooker run and she was dead lame on her bad front foot. I scratched her last two runs and ran the timer for the rest of the trial.

It was like. Symbolism for this really really tough year. I did not even win anything in the worker raffle, just to keep things consistent for me! But like I told the judge...I am just happy my dog is alive to play with me today. The judge had, had, a lymphoma dog, a dog with high grade B-Cell that was treated with chemo and had a 9 month remission. It's easy to forget that Molly has lymphoma. It's easy to get caught up in agility dreams with her, like I always dreamed. Like we have always done. But she has lymphoma. And mast cell disease. And a really bad arthritic foot. And she's only 8 and it's really not fair at all. But it is reality. And I will do my best to be grateful to my girl who is always willing to be by my side despite her body's constant betrayal. When she's good she's great, and when she's not I'll just pour myself a glass of wine and be happy that Molly seems to never run out of better-feeling tomorrows. 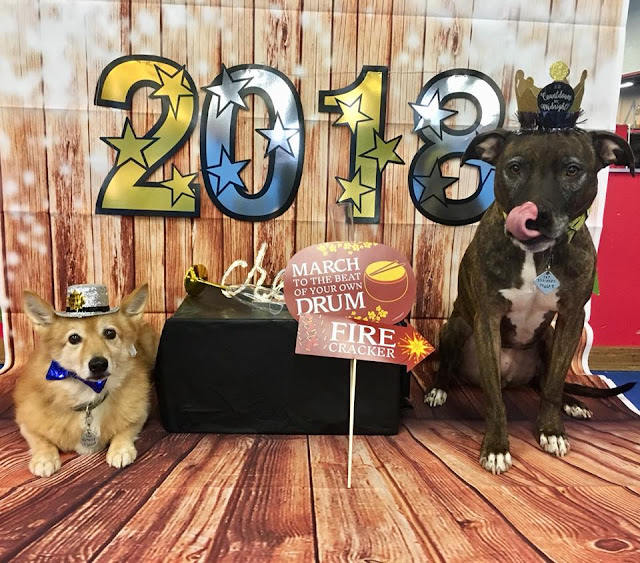 Posted by dogbird daily at 5:19 PM