Zorro is turning into a little big man!

He has all of his big boy teeth, he is regularly measuring around the 17.5-17.75" range. 27.5 pounds. He has been 100% housebroken for over three months now and definitely seems to have the "would rather die than potty inside" mentality that Ein has. Excellent! 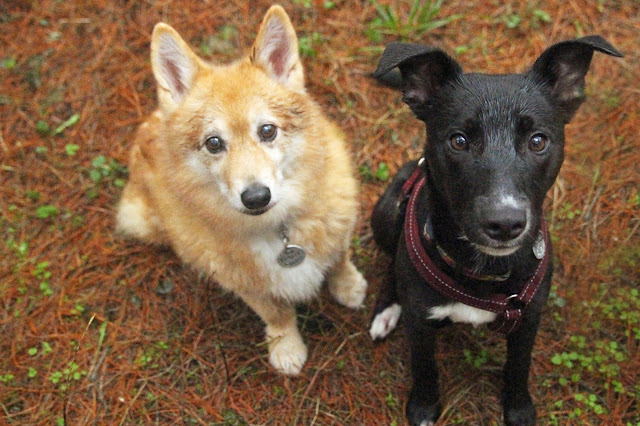 Zorro continues to have excellent recalls on our off leash hikes, though I know we are approaching "teenager" territory so I am cautious. We are doing as much hiking as we can, both on and off leash as I love the life skills, relationship and body awareness that I feel only hiking can develop. Both of my girls rarely drop bars and I have always suspected that was due to growing up with plenty of opportunity to use their bodies in natural settings. Or, maybe we have just been lucky! 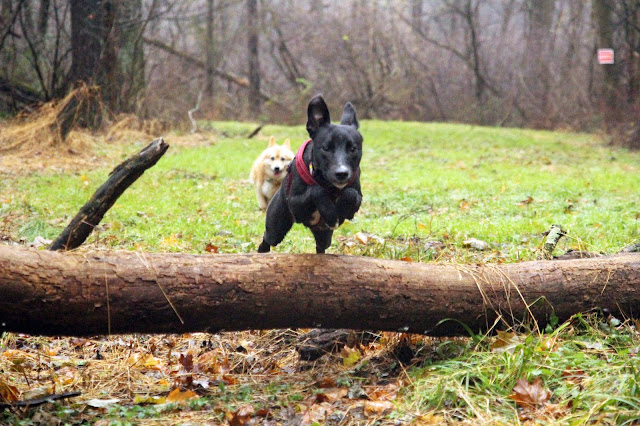 Zorro loves to run and chase so much I chanced some dog park time with him. Our first dog park went great, there was a pointer who enjoyed chasing her ball and couldn't care less that she had a little raptor chasing her. And then he got some play time and chase time with an appropriate dog for his level. The other two visits were not so successful. One time was at an agility trial with Molly, I had a lot of dead time so I drove out to a local dog park. Z was overwhelmed by the grouping of the dogs around him and then a young aussie kept treating Zorro...well, like Zorro treats other dogs and he didn't like it much! Chasing and nipping. Our third and final time was with a nearly appropriate dog for Z, but a little bigger. Zorro was having great fun chasing that dog but when the other dog wanted to chase he got overwhelmed actually fell on the ground because he was trying to run sideways since he wanted to keep an eye on the dog instead of just running away from it. I decided I had certainly pushed my luck enough. I don't need a bad experience to imprint itself and give me another reactive dog, that's for sure! 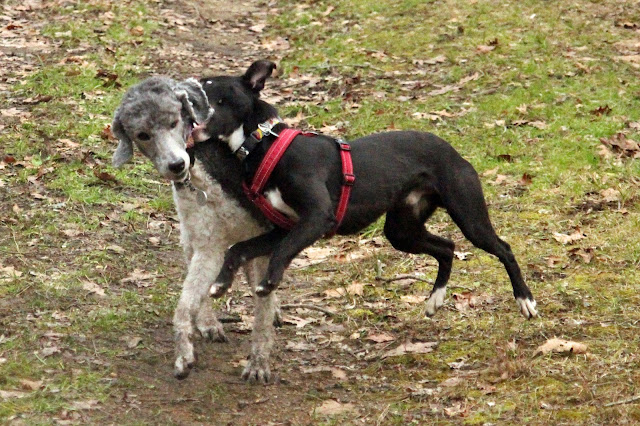 At home manners are a work in progress. Zorro's worst habit is that he likes to jump on and nip around the adult dog's ears, and it is particularly bad outside at potty times. To the point where I am leashing him or letting him out separately. He simply finds the behavior way too rewarding outside with open space to build up a good running head of steam. Indoors we have had a lot of success with redirecting onto a toy (there are always many toys littered on the ground.) and there are glimmers of a more peaceful future when I see him get that "look" in his eyes but then actively chooses to grab a toy or chew a bone instead.

We had some experimental levitations onto my table and counters, as well as some paws up to try to get food. I supervise heavily and push him away from the counters and he really seems to accept those areas are off limits to him. Shoes and kindling firewood pieces for our woodstove...another story! He is not accepting that those things are off limits to him quite as willingly! And he loves to play keep away! He will relinquish anything for a food treat though.

Toy work is going great. Tug is incredible and Z will consistently work for his braided tug toy with pouch attached. Play retrieve training is going wonderfully! He loves to chase the ball and is reliably bringing the ball back, and appreciates a treat for the return. We also had a Really Big Deal, first water retrieve in the beginning of December! I was throwing sticks into the lake so that Perri and Ein would rinse themselves. I saw Z whining at the sticks (they were far out) so I threw one in about a foot away from the shoreline and he swam right out and grabbed it! We had a major party! It was cold though, so I will be interested to see what he wants to do when the weather turns hot again. I have taught him to release whatever toy he has, "Give", and he is coming right along with that. Often he will hold the toy for another second or so. We are building trust that it is worth his while to give me the toy. 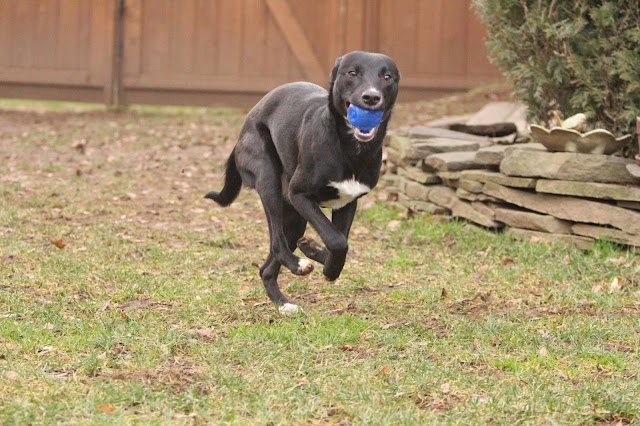 Zorro has his weekly agility class and he is doing well there, we have a lot of fun! He is still the youngest puppy in the class and I am the least experienced handler but we are enjoying ourselves. I feel like I am learning so much more about handling and a whole different dimension doing this with a puppy. We had a training workshop in a new-to-Zorro location, which different looking jumps/wings and different tunnels. Turf. Building. It was really good for him and I think it's important for us to get to different places so that he can generalize his skills. He will also start rally obedience class in 2019. I have been wanting to do a basic obedience class with him, again to get him working somewhere new and on different skills. Rally-o will work just as nicely for my purposes!

I am looking so forwards to the New Year with my little man! 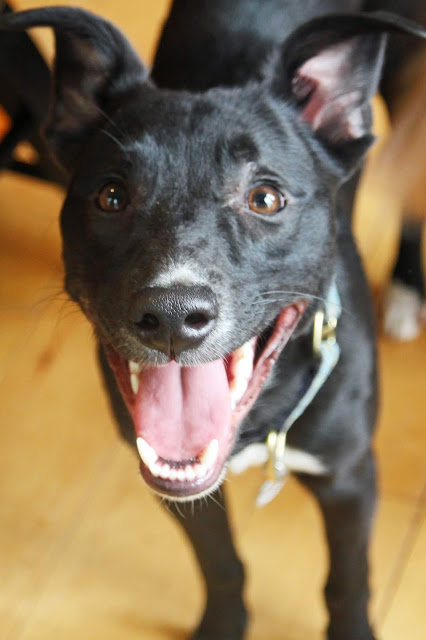 Posted by dogbird daily at 7:12 PM