No posts from me this week.  It has been a blur of agility, obedience classes and poor weather.

But I was able to get out on a rescue transport today (I am having a good run of weekends where I am able to transport!).   Today's customer was "Bennie", a 115 pound St. Bernard.  Bennie was taken to a foster for Mid Atlantic St. Bernard Rescue.

As far as I can gather, Bennie was an owner surrender to an Ohio shelter.  He was surrendered along with another dog, a boxer.  Bennie and the boxer had gotten loose and gotten into a scuffle with a neighbor dog.  That dog's owner threatened to sue unless Bennie and the boxer were turned over to animal control/shelter.  Bennie's owner complied, and was in tears while he surrendered his dogs.  I find this sad and I do feel awful for that owner.  Mistakes do happen.

Bennie was not doing well at the foster facility in OH, so he was transferred to this St. Bernard rescue. The hope is that he does better in a foster home situation.


The transport was difficult for Bennie.  He did not try to escape.  In fact, he did not want to leave anybody's vehicle.  He was completely shut down.  He was seeking a safe place in every vehicle.  With both transferring him in and out of my car, the opposite vehicle was pulled up as close as possible.  We then goaded Bennie into moving out of a vehicle into the next one.  He would then bolt into the opposite vehicle and try his best to hide his face and body.  The other transporters and I did not put him in my crate, we feared that he would never want to come out of it.

But, Bennie is on to his foster home this evening.  The hope is that, surrounded by other dogs in a "real home" situation, Bennie will perk up and come out of his shell.  I look forward to updates from the foster home. 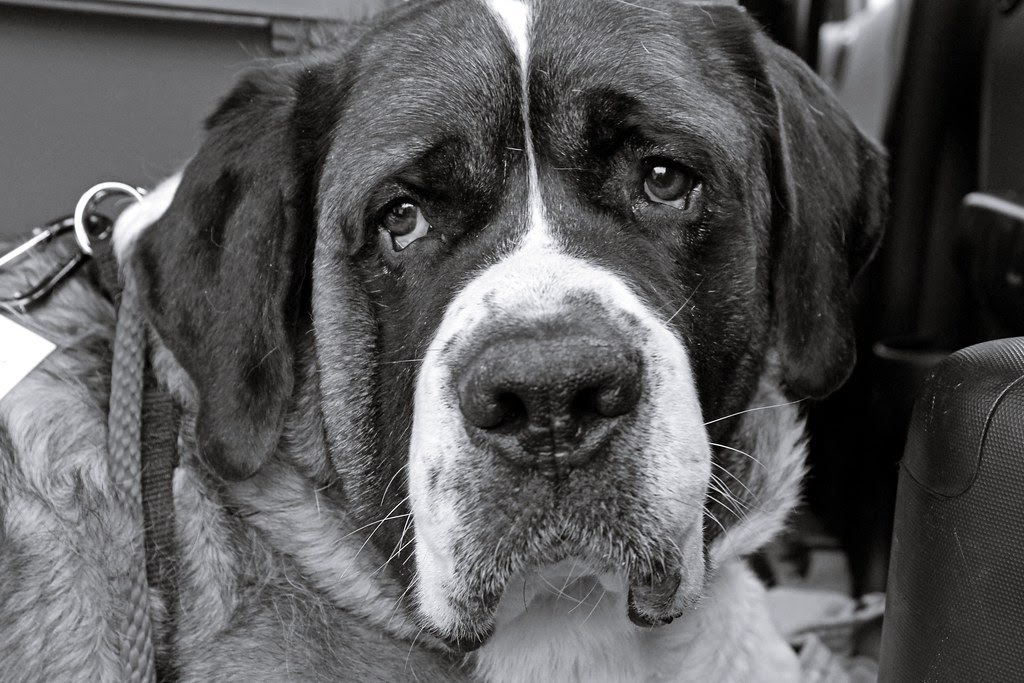 Posted by dogbird daily at 5:28 PM