Well, mine and Perri's first time in the Novice ring was a bit of a bust.

The venue was absolutely wonderful.  The Novice ring was all by itself, no adjacent ring to distract.  Everybody was so kind to us.  We sat with a row of other Novice A handlers and we all made conversation, and nobody was snobby.  I felt very welcome.  The trial secretary was out mingling and talking to everybody, including myself.  The judge was also very sweet.  She said that Novice A is her favorite, and thanked us all because we are the "future of Obedience."  She went through everything that we needed to know and I really felt like she was happy to be there, and happy to have all of us there.
Perri was second to go, which I liked.
The heel pattern started off okay.  Normal-Fast Pace-and then lagging.  And lagging.  And lagging.  Perri just plods around like some curly version of Eeyore from Winnie the Pooh.  At least she actually did all of her sits for this.
The Figure 8 was not too much better.  I decided to loop to the right first, so that we could gain speed with Perri on the outside (versus starting the other way, and having her heeling right next to a Person that Might Need to be Sniffed.)   She lagged back and stopped dead to sniff the steward.  I let the lead tighten and she came back with me, only to do some pretty intense (and embarassing!) crotch sniffing on the male steward.   Once we recovered from that, she looped right around to the steward's backside and really shoved her nose up there.  To his credit he did not move.  It's not every day you get a full body cavity search from a parti poodle, right?    Oh my....  Again, looking on the sunny side, Perri did her sits at halt.
Stand for Exam was next.   Could we catch a break?   Almost.  Perri stayed put but as the judge moved away, had to move one of her front paws just a bit.   Otherwise, unremarkable.
Heel Free was a trainwreck.  Lagging almost from the start and so far behind me once we got to the end.  She did catch up to me on the Slow Pace, but fell behind just as quick once I made an about turn.  And I would not want to forget to mention the good here, Perri did her sits.
Recall.  I left her.  She stayed.  I turned.  Stayed.   I called her.  She...STAYED!  For a second and then she got up and properly moved at a brisk pace towards me and sat crooked.  And wouldn't finish.

WHAT A DISASTER.  Oof.   Is it safe to say the only way to go is UP?  This was her worst lagging to date.  Wow.

Group Exercises were GOOD.   Not a twitch out of position.  Needless to say, I was happy to see this.

The judge told me that when Perri lags, I really need to keep moving.  I have been told this before, and I really need to "stick to my guns" on this one.  She also called me out on full on stopping to wait for Perri, which should definitely have been a no-no.
A friend told me to not look at her so much.  This turns my shoulders and could be causing the lagging.
I was through the roof nervous and trying so hard not to let Perri feel that, but I'm sure that she did.  I do hope now that I have gotten the "first time" out of my system, that I can feel a little less jittery.  Perri is very sensitive, and not what I would call Confident, so I really need to get my act together there.
But those sits.  ALL of them.  All straight.  I think that dog is just messin' with me.

So I came home, filled up the baby pool and let my girl have fun.  She pranced around like a silly happy poodle, and it made my spirits lift. 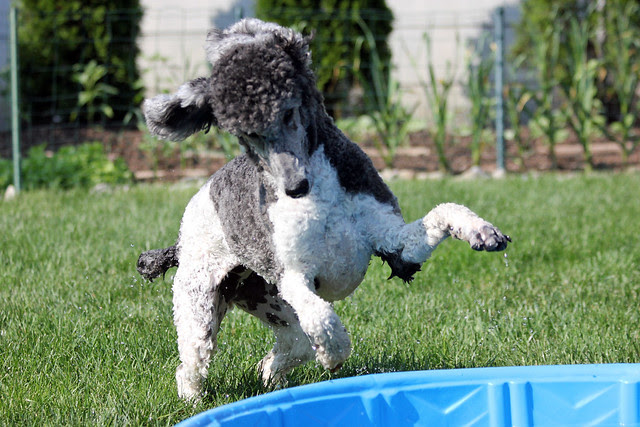 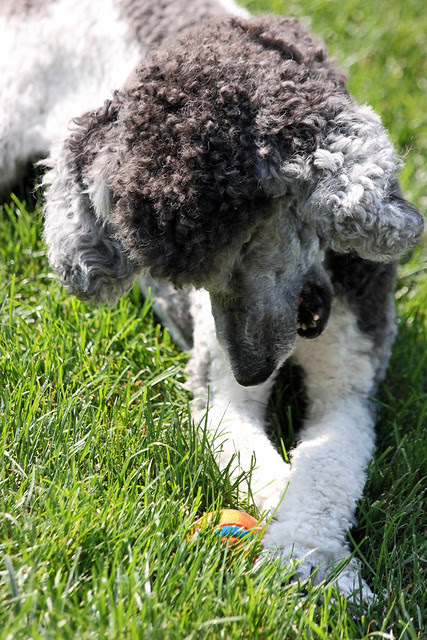 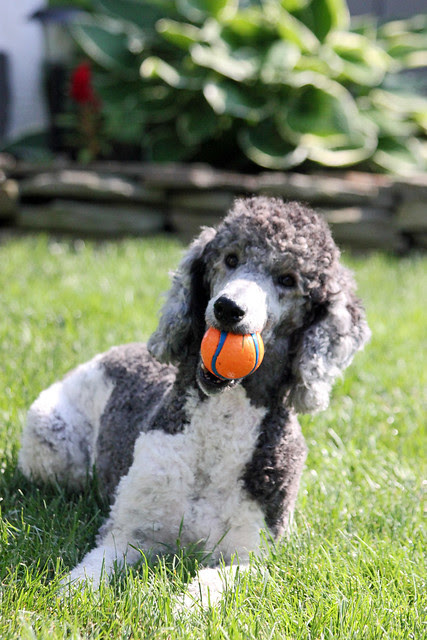 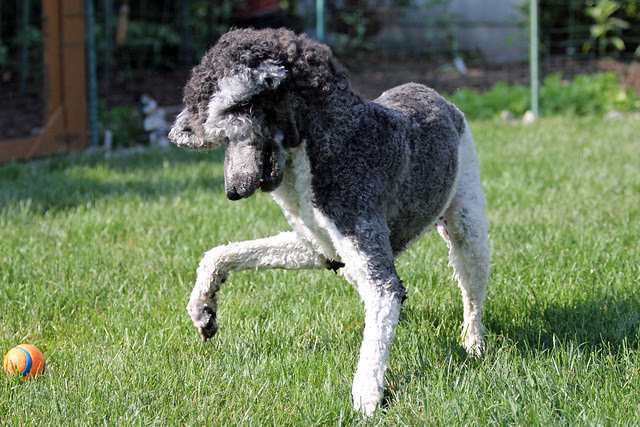 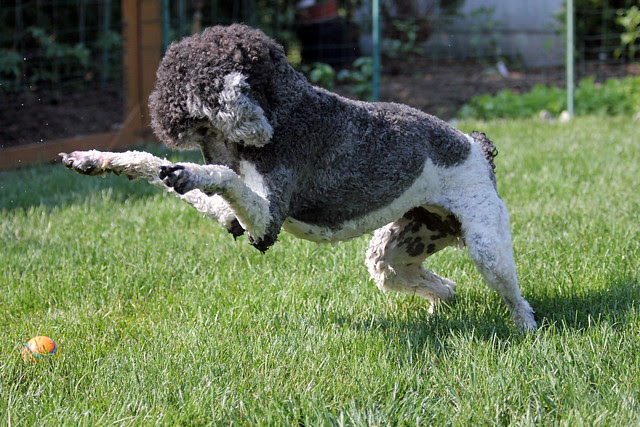 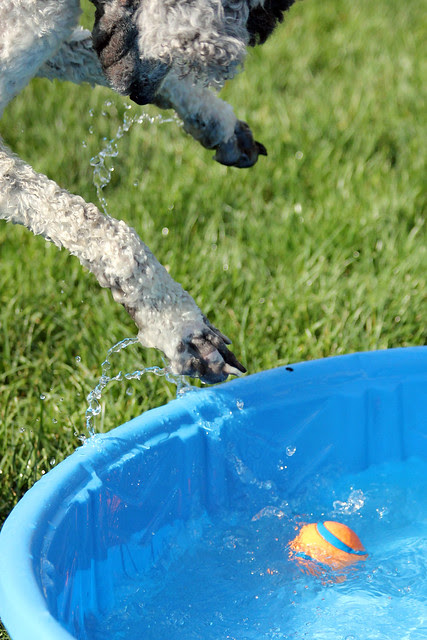 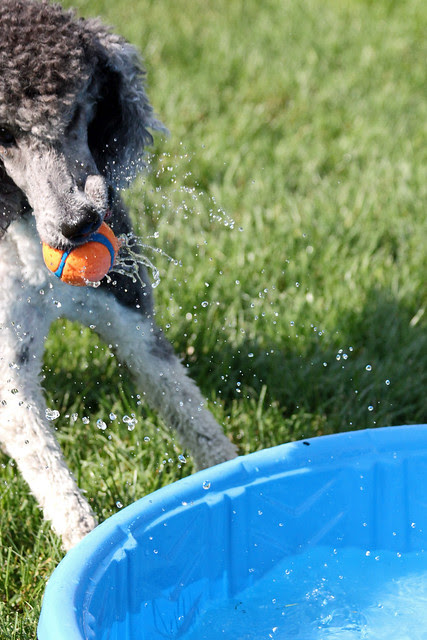 Posted by dogbird daily at 5:06 PM