I had some time before work today to play backyard agility with Molly and Perri.
Goals: build Perri's confidence with easy stuff and get her back to enjoying agility.  Begin teaching Molly an "out" command so that we can work at more of a distance from one another. 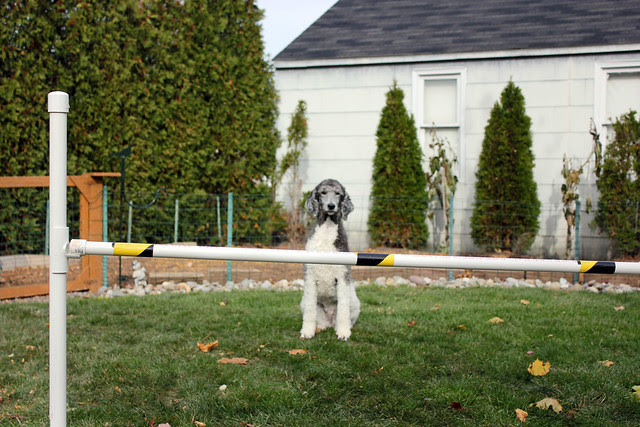 Perri and I worked some 24" high bar jumps both single and in series.   She had a great time and did not refuse or run out any of the jumps (despite the height!).  I was happy to see this because when Perri shuts down, it manifests as her stopping up in front of jumps.   I rewarded her with her gator toy and she thought that was pretty great. 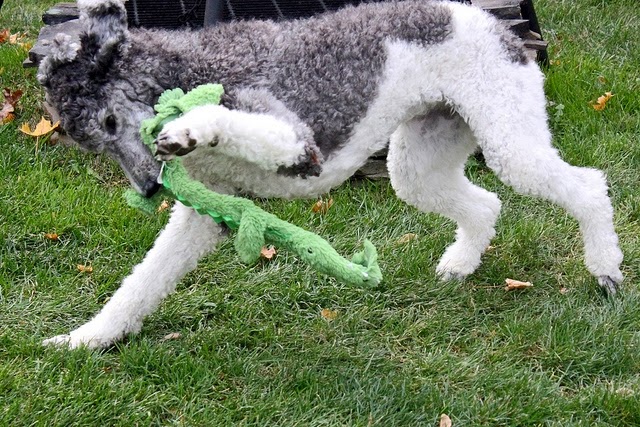 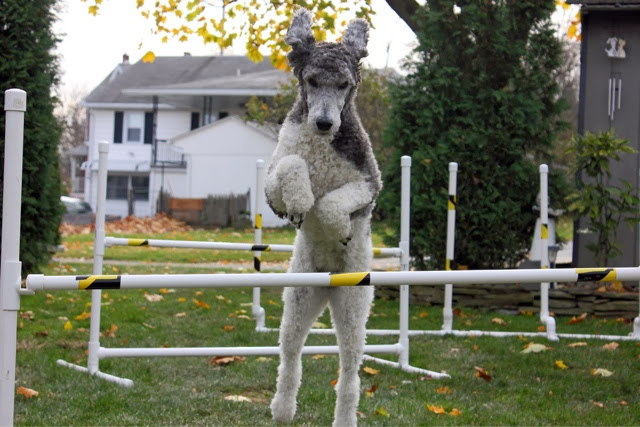 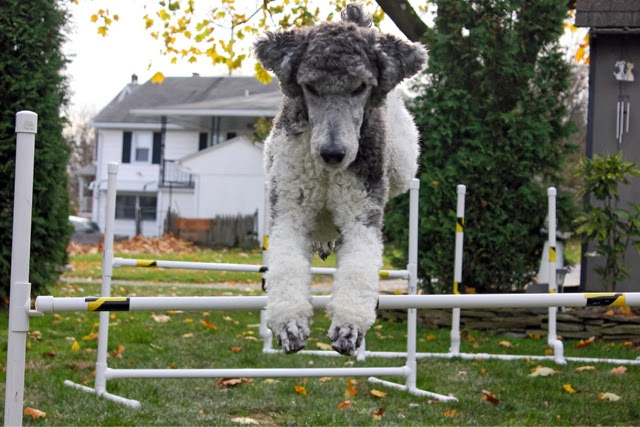 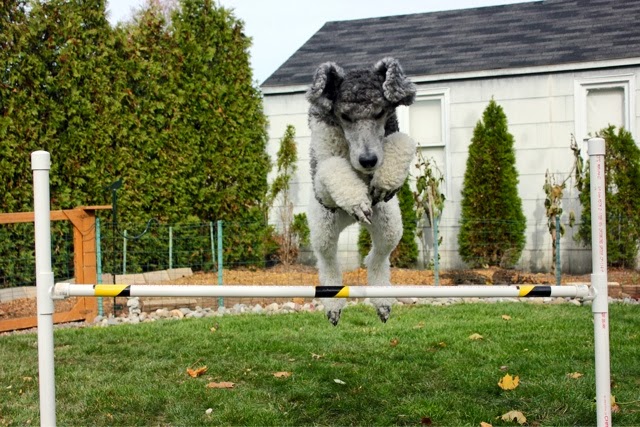 Well she surely is a nice jumper!  Perri was working great but had that sudden confidence shift where she stopped mid weave pole and acted as though she had never weaved before.   (I had tried to introduce a slightly difficult weave entry.).  The littlest things cause shut downs with Perri.  From then on she would not enter the weaves or would pop out - these are problems she hasn't had in a while.   The best thing to do when this happens is to make her successful (I sent her over the bar jump again and praised her.) and stop working.

The opposite is true for Molly.  Molly doesn't often shut down, if she messes up it is due to lack of focus and over enthusiasm and she is always willing to keep working.   It's a whole other world (and that's okay!)

So, Perri went inside and Molly came outside to work.  We worked on the beginnings of an Out command based on this video.

I used Molly's new Rip 'N Tug ball as a reward.    She cannot see thrown treats in the grass and toys aren't quite exciting enough.   But a toy that has treats inside that she can dig out?   Love.
In the video you are to lure the dog around a pole with the toy and reward as they run around it.   We did a lot of that.   You then fade in a hand signal in place of luring with the toy and add a verbal command.  That's where Molly and I got to, she really responded well!
From here we will continue with what we are doing but of course the idea is to be able to send the dog from further and further away. 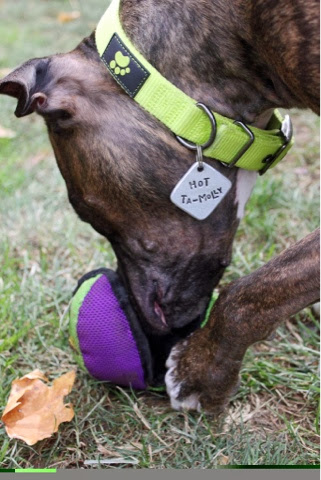 And after all that?   I brought Perri back out.   She was back to good weave entries and good speed and we ended again on a good note.  Confidence building, a day at a time.