After Perri's CGCA test on Sunday, I took all the dogs to a state park that was "on the way home."  Swatara State Park is on my "visited" list, but only because I strolled through it very briefly via the Appalachian Trail a little while ago.  I have been meaning to come back for a revisit, particularly because I wanted to see Acrigg's Falls.  I'm a fool for waterfalls.

The Falls are not marked on the State Park map, and neither is Bordner Cabin - the cabin that these supposed falls are apparently situated behind.  I found some decent directions on a website after some research.  I followed a dead end road that led me to a parking area (a parking area that I had walked through on my AT hike, but had no idea how to drive to.)  From there the directions told me to "drive 2.7 more miles".  The problem was that there were three bollards firmly in place on the only road in sight, and it had not been plowed.  I considered that it might be the wrong road, and I considered how silly it was to head off on foot when I was unsure if I was even on the correct road.  And did I mention I did not have a map that showed that my destination even existed?

Geocaching and SmartPhone saves the day!  I googled the cabin coordinates and it showed that there was a geocache at the falls.  I did a geocache search and my phone Voila! gave me a compass pointing in the direction of the falls.  Whew! 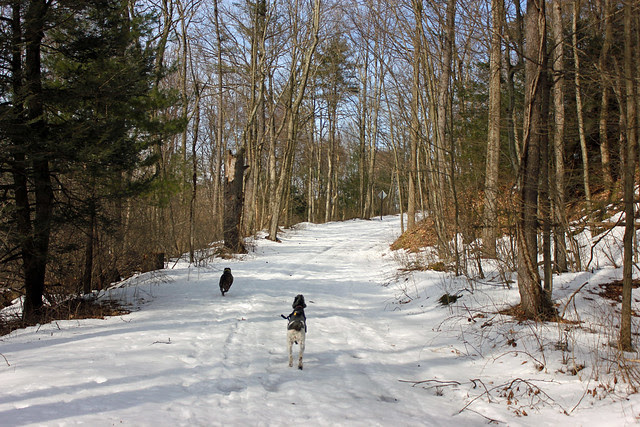 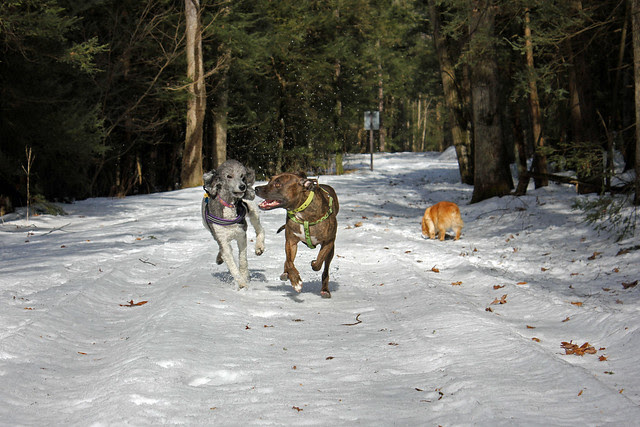 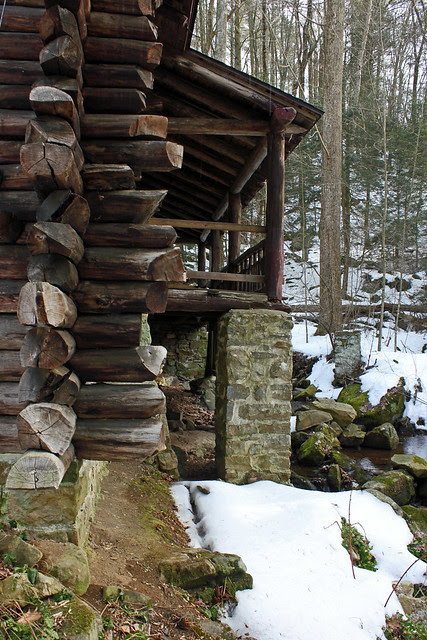 This cabin was built and lived in by Armar Bordner in 1939!  He continued to live in the cabin throughout his whole life and resisted moving out when the land for Swatara State Park was purchased.  When Bordner passed away there were plans to demolish the cabin, but a group of dedicated volunteers campaigned against this.  Materials were donated, the cabin was fixed up (namely the roof, which was apparently full of holes.)  The result is a four sided cabin with open windows and no utilities, and a fireplace.  It reminds me a lot of an Appalachian Trail shelter.  The lovely Acrigg's Falls is framed in the one huge picture window. 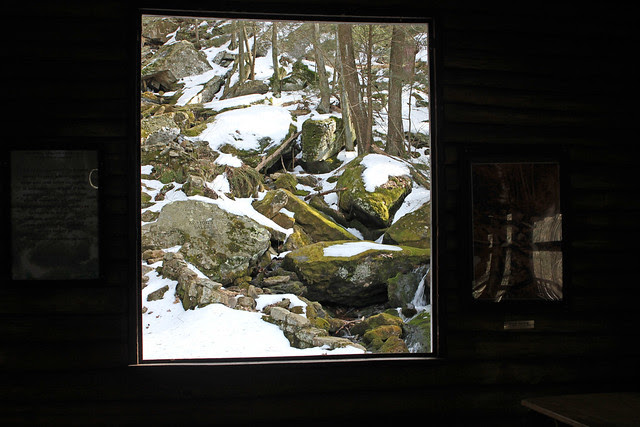 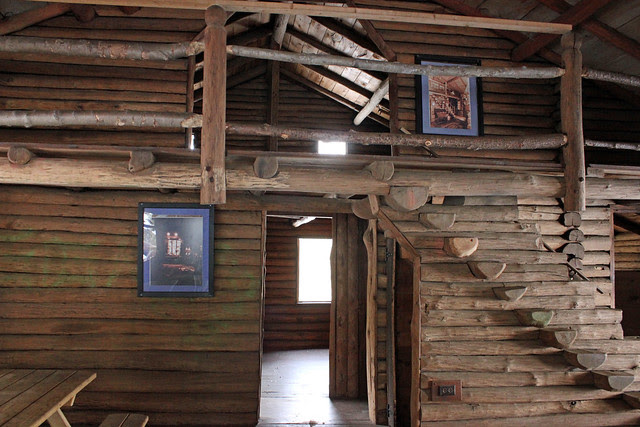 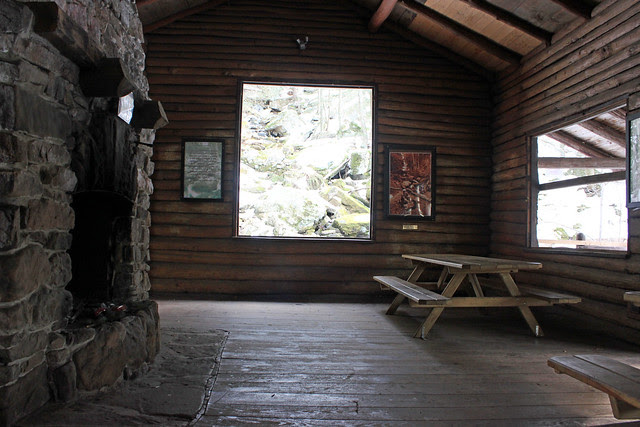 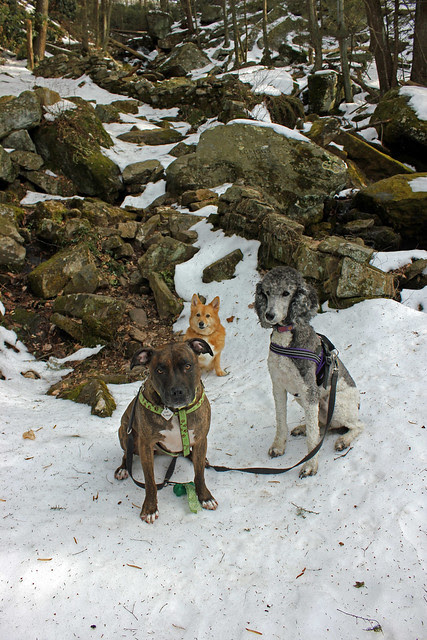 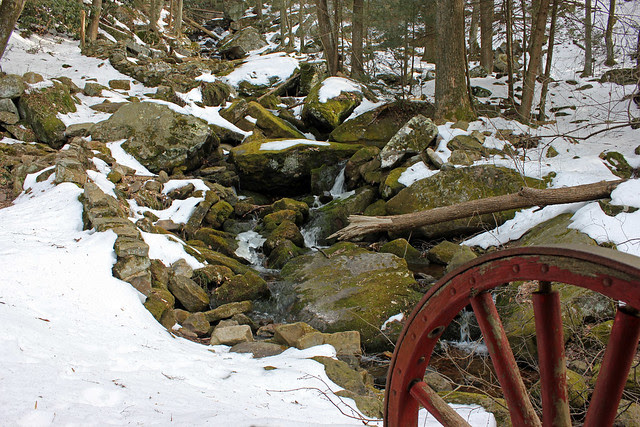 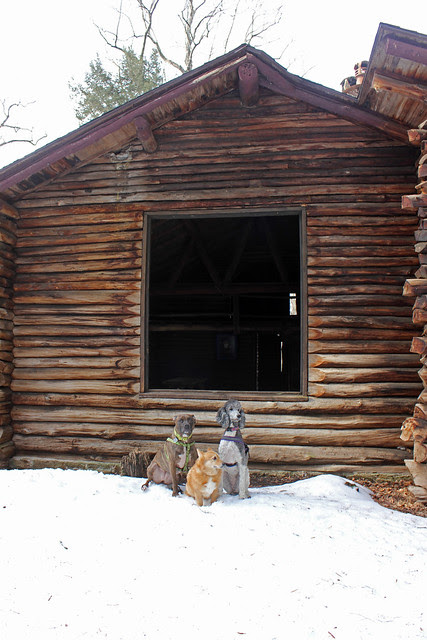 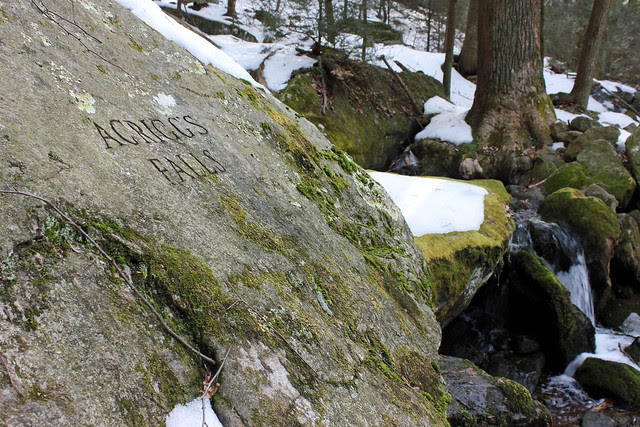 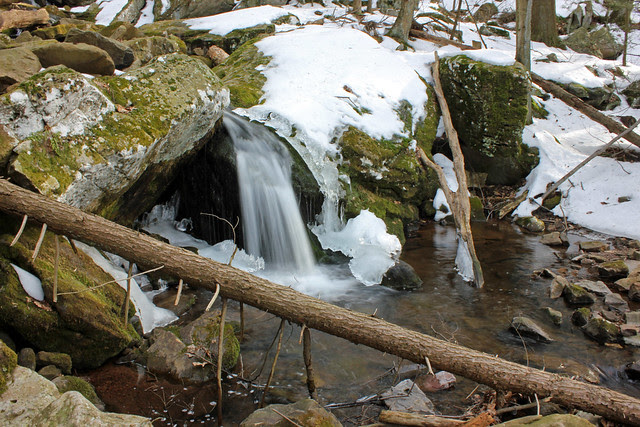 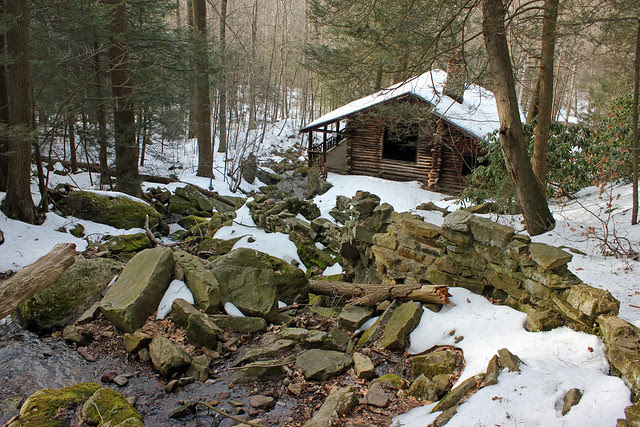 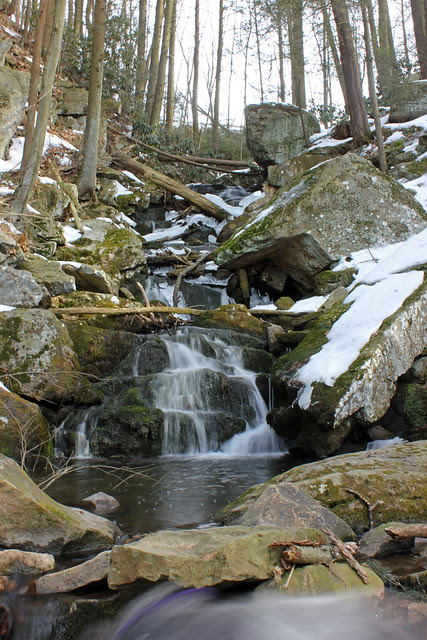 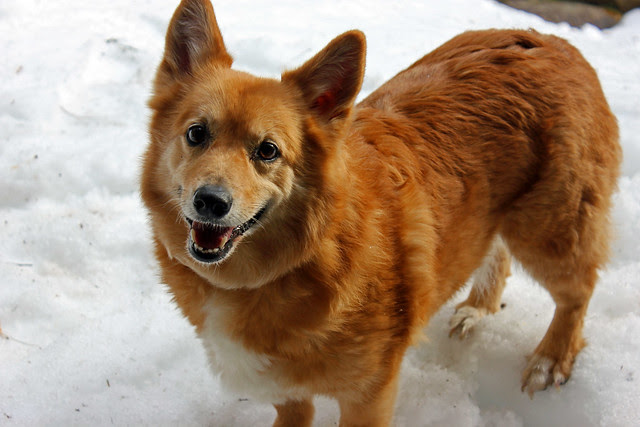 And then we left!  Bordner Cabin really felt like a special place to me.  I have hiked far longer for spectacular views and bigger waterfalls.  But this little cabin was like finding a treasure, it was like finding something that means a lot to a lot of people.  I appreciated the photos on the wall and the obvious care that went into restoring and preserving the cabin.  I loved seeing that photo of Bordner and his dog hanging on the wall.  I felt ever so slightly guilty walking my own dogs into the structure, however open it now is, until I saw that.  Maybe Mr. Bordner wouldn't mind a girl and her three scruffy companions entering his cabin and enjoying the little spot of nature that he chose to make his home. 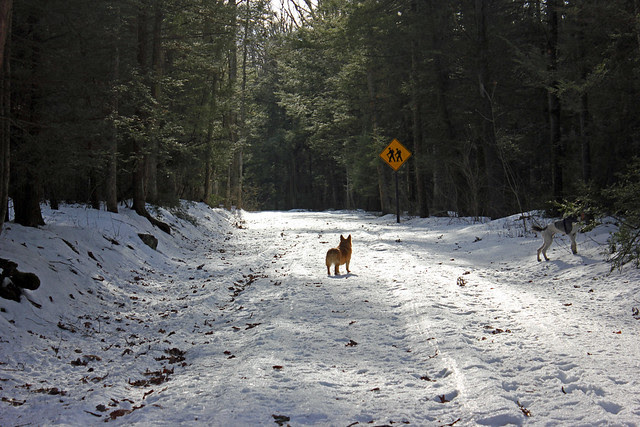 Posted by dogbird daily at 6:35 PM