For nearly the past two months, Perri has been on the verge of shut down or just plain shut down in agility class.  I did not even want to go this past Friday.  She sniffs, she stops up in front of jumps.  Two weeks ago she ran out the Aframe, jumps and was just downright reluctant about everything else.  It was like walking through waist deep mud.  Not fun.  The week after that I asked for the jumps to be lowered to 16" (Perri normally jumps 24".  She physically has no issue with this.  The issues are all in her head.)

On Friday her anxiety was bad.  Every time I would park my car she would bark or do her "air whines" (don't ask me to explain) when I would leave her.  On her two walks of the day, one through the neighborhood and one through the woods, she walked at a crouch with her tail tucked.  Her ears were pinned back, she was looking around as if from anywhere something might harm her.  I have no idea what caused this.  When we were in the woods, she was off leash and she startled and bolted just like a frightened deer.  It scared me so much that I put her back on a leash for her safety.  I have never seen her act this way when I could not figure out what was causing the problem.  It was disturbing and scary for me, and I felt like I was drowning in her.  I almost just drove home. 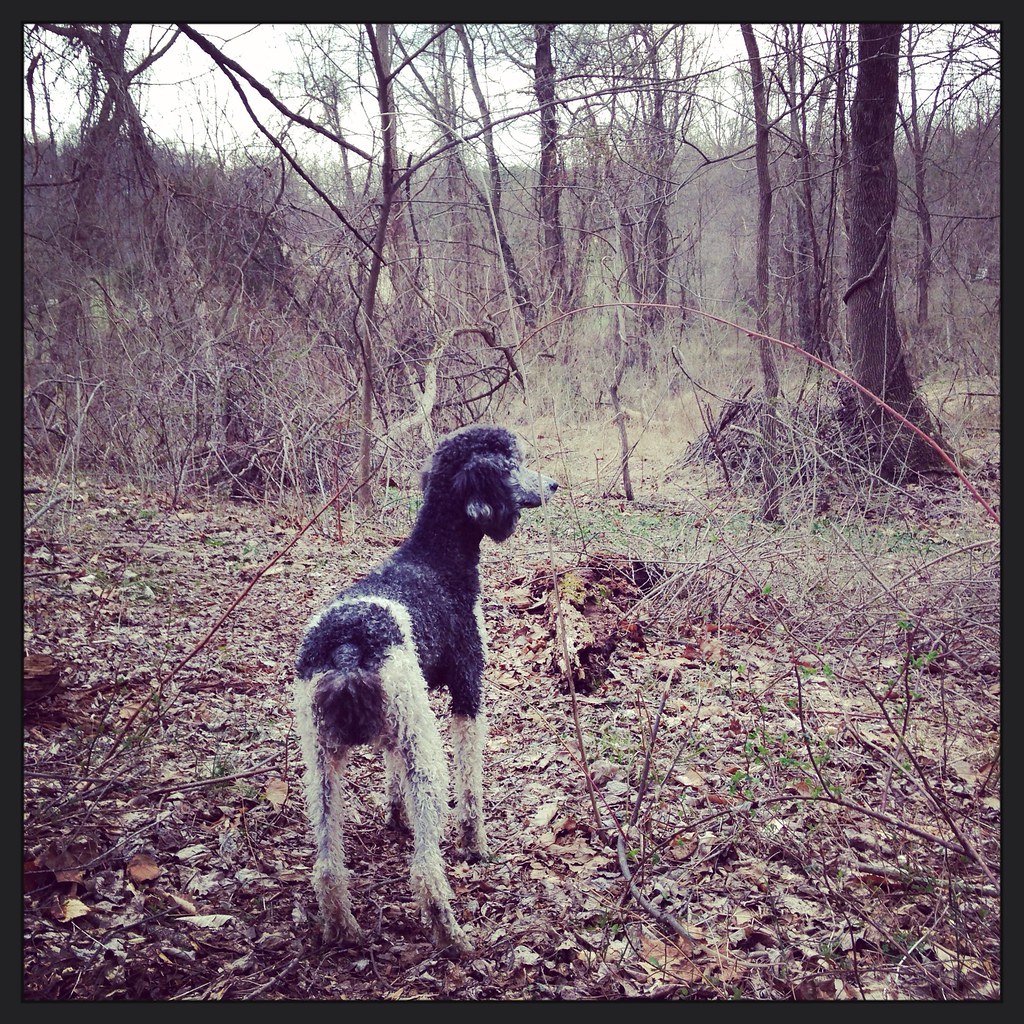 I went to agility class anyway.  She pooped a big poop when we got there to her favorite poopin' spot.  You know dogs, that could be all it was.  Who knows.  I am still considering medication for her.

We warmed up with weave poles, twelve of them.  She kept skipping out at about 9-10 but she was willing to just keep trying and she got a few great passes through all 12!  I rewarded her with playtime with a plush squeaky frisbee that I had brought with me.

We kept the jumps at 24".  On the first course she did some jumps with me on the way to the start line and then she ditched me.  Sniffing and ignoring my calling her name and squeaking her toy.  I did something I have never done before.  I walked away.  In keeping with that thread that I read on Facebook earlier in the week and with holding my criteria, I walked away.  The thread also had a gem of wisdom "be careful not to pull a cookie out when the dog disengages, to get her back with you."  I have been doing that.  A lot.  As soon as I lose her I pull out my toy or treat and beg her to come back with me.

I got the whole way across the training room with my back to her and start talking to my instructor.  She laughed and told Perri I had a new invisible dog.  Perri is stoic.  She didn't race after me, she didn't freak out and go into zoomies.  But her head was up, and she was watching me.  I squeaked her toy and she play bowed and we ran the course together with no more sniffing.  The second course was the same with only one hesitation into the dreaded dark blue tunnel, but no more issues after that.  Wow. Wow!  WOW!

I was shocked that she ran so well after having such a "spooky" day.  I am actually looking forwards to the next agility class instead of dreading it.  One day at a time!

I feel like I am onto something with Walking Away From Perri.  I read another thread on Facebook about dogs visiting the judge/stewards in the Obedience ring.  One person said that at a seminar with Denise Fenzi, Denise held her dog while the handler trained an "invisible dog".  Her dog has not left her again!

Will that be a "fix" for Perri?  I think we will find our own version of better engagement with these methods.  If I lose her to sniffing again, I think I will start running the course with my invisible dog and see what happens.  I am almost looking forwards to it!

And here is a video from last night's weave session.  She was going so fast and hard I wanted a video of it.  She is a little tired here and there were a lot of distracting neighborhood noises and I am proud of her for working through all of that.  One day at a time!

Email ThisBlogThis!Share to TwitterShare to FacebookShare to Pinterest
Labels: agility, it's all about the journey, perri, weave poles