I have been on Cloud 9 after last weekend's AKC trial, and am just now sitting down to write about it.  This trial was one year of AKC Agility trialing.  The Sunday of the Dauphin Dog Training Club AKC trial last year was Molly's (NQ) debut in AKC Agility.  I had toyed with entering Perri last year, but decided quickly against it.  She was far too sensitive and unprepared, it would have been a foolish idea.  I am so glad I waited!

Molly was entered in Open FAST and JWW on Saturday.  FAST was a broken start line stay, blasting into the send before I was prepared and running out the second send obstacle.  Twice.  Hey, we got an Aframe contact.  JWW we missed the weave entrance but when I put her back in she was slow...and then...started real footwork and moving fast.  "Hey, I know how to do this!"  We NQd on a jump run out and a blast around the ring, including a jump bar, but!  The weaves are getting there!

Sunday was a lot of the same for Molly.  Open Standard was a jumped dog walk and off course within the first 15 seconds on course.  From there it was okay.  She missed her weave entrance but when I put her back in, it was a thing of beauty.  Fast, beautiful footwork like I have never ever seen from her at a trial and we finished the end sequence with speed and connection.  I will take it, Molly Moo!  JWW was last of the day and I got a missed weave entrance, but beautiful weaves again.  Things were going great, until Molly slipped badly on the turf and slammed into the jump.  Molly is many things, but a sloppy jumper she is not.  I hate when she slips on that green turf and will be spraying her feet with water from now on to try to eliminate that from happening again.  I worry a lot about injury with my girl.  After that I got really flustered, forgot to decel and got an off course.  Forgot where I was going and got another off course.   No OAJ this weekend...again.

But when it comes to Molly, you have to enjoy your success in fragments - and I am over the moon about her weave performance.  At a three ring trial?  That's no small thang for Molly.

And then... Miss Perri.  Her first time running at at In The Net.  I have crated Perri at every trial Molly has been to for...a while.  I have used practice jumps at all those trials, I have given her treats at those trials, she has socialized at those trials.  I got Perri's "feet wet" slowly with agility trials.   I remember in the spring, before Perri started any agility trialing, walking Perri across In The Net and talking to her, "Just think Perri, some day you will run agility here." and feeling a little sad that it was probably not a possibility.

Perri did Novice Standard and JWW on Saturday.  Standard was a dream.  Absolutely perfect, not a single bobble and over 20 seconds under SCT.
JWW on Saturday was our only run on video, and it was my least favorite handling-wise.  Of course!  But here it is.

Sunday Standard was beautiful again.   Perri slowed up a little on the teeter, some insecurity showing through.  But otherwise she was just beautiful and got a great time again, 20 seconds under SCT again.  JWW was similar.  No refusals, just a clean run.  I was amazed.  I feel invincible when I go in the ring with Perri.  Nothing could possibly go wrong.  This is a really strange feeling for me! 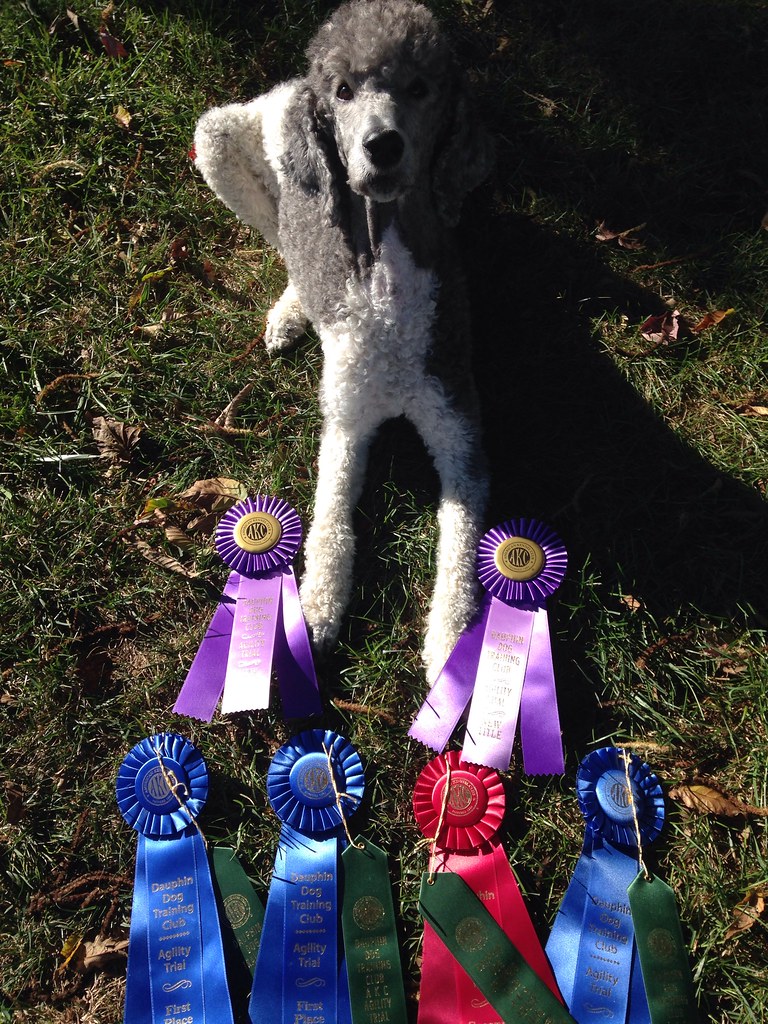 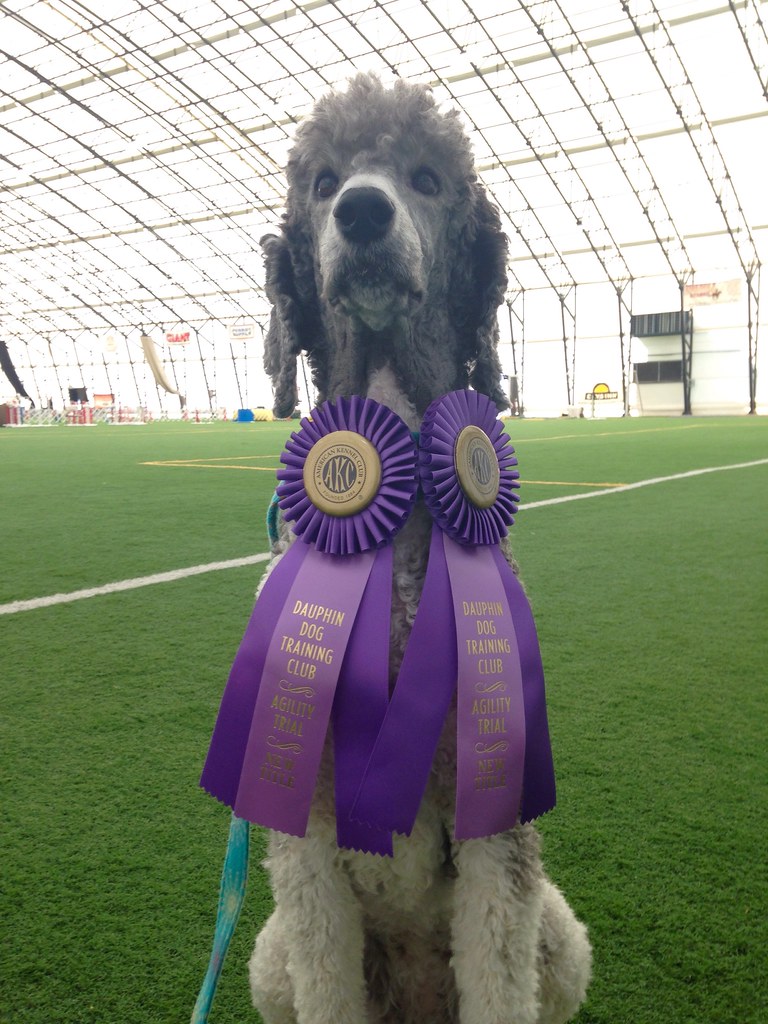 Sunday's runs were Perri's third Novice legs in Standard and JWW which meant that she earned her "Novice Agility" and "Novice Jumpers with Weaves" titles - NA and NAJ.  Just like that.  Those milestones felt so difficult with Molly.  So impossible.  But, I have more experience now, and they are two very different dogs.  And I enjoy them both.

Perri was not 100 percent perfect this weekend, she was still Perri in some ways!  Once each day, she had a barking meltdown that upset me very much.  Mine and Perri's responses to what happened showed me how far we have both come.  The first time was after I walked Perri past some crates.  A large collie slammed into its crate door, nearly toppling the crate over and barking loudly and frantically at Perri.  It scared Perri so bad.  She startled away from the barking and then turned and barked and I could see she was terrified.  I ran outside with her and she peed immediately and refused to engage with me in any way.  She started sniffing the ground if I tried to talk to her or get her to play with me.  I let her finish sniffing and when she raised her head to stare vacantly, as she often does when she shuts down, I started stroking her face slowly and talking and singing to her.  It did not take long before Perri bowed her head down into my chest and stayed there for some time.  From there I was able to entice her into a game of chase and keep away.  I was really blown away by how resilient Perri was - that is huge for her!  I remember at the January Rally trial - Perri shut down and there not a thing within my abilities to bring her back to me.  The second barking episode was just general frantic barking inside of her (thoroughly covered) crate.  I repeated what I had done the day before to calm Perri down, but she was still edgy.  I could not get her to relax quite so much as I had the day before.  I felt that Perri's thresh hold for being crated inside of In the Net was reached, and I was also on edge for some social reasons that day at the show - I am sure my sensitive girl could feel that.  Perri had her nice Standard run just after that, but I decided to let her hang out in the car rather than in the building.  There are still people and dogs walking around in the parking area, but I felt that Perri would enjoy my quiet and more secluded car to her time in the crating area.   On site crating is very valuable to me, and I appreciated Perri being in her crate nearly all weekend - but I had to respect when I felt she was telling me that she had reached her limit.
Posted by dogbird daily at 9:30 PM