Does it make any sense to get caught up on your blog when you are as behind as I am? I think so, and now that I have a computer that does not take forever to turn on, blogging might be a little bit easier and more regular.

Since we are in COVID-land now, there are no dog agility trials. Dream Park, which I longed to attend trials at, were our last trials for...who knows? Some days I think not until 2021, some days I think perhaps there could be trials in the summer time.

In any case, Zorro and I continued to have much success at our trials at DP. We finished Zorro's NA and NAJ titles on the same day - neither run was super beautiful but they were qualifying runs and they got the job done! I was very happy with his weaves in JWW. 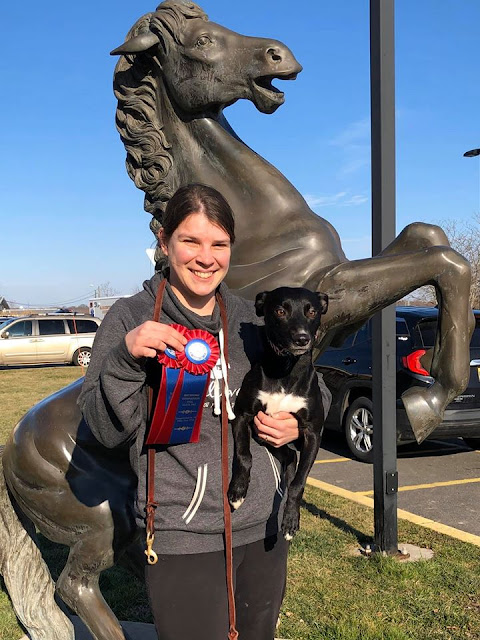 We returned the next week and finished Zorro's Novice FAST title, and I had planned to take a break from FAST for a while after that. I mostly like to play FAST as an environmental acclimation ring time. 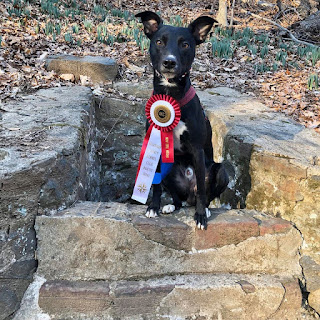 After that was Open Standard. I felt irrationally nervous. 12 weaves, the beginning of when Perri and I started to struggle (due to her injury, but still.) and Molly...well, we stayed in Open for at least a year. We earned our first AKC NQ, had a wrong course and some uncharacteristic disengagement and Zorro absolutely could not get the weave entry. I remember deciding I had done this to us with my negativity and lack of confidence. And just before our JWW run I saw a very experienced handler with her promising but still-young dog in the Excellent ring miss the weave entry. I told myself to stop being silly and trust in my dog's skills. Entry misses happen. Wrong courses happen. I fixed my brain and we got our first Open Q! I hate how close I am to all of the obstacles on this run but this is what I do when I am feeling insecure.


I remember after the trial was over I drove around just for the fun of geocaching. We drove to Delaware to re-complete my Fizzy grid with a specifically rated D/T combo geocache (since the one I had found previously had had its ratings changed.) It was just the sort of fun little adventure I love...and the sort of thing that cannot be done right now. My state has Stay at Home orders which allow for walking and hiking, and I am so grateful for that. But driving around just for the sake of geocaching is against the rules. (I say that because, common sense dictates that.)

And, onto our very last trial. I had no idea. Of course. How could I? The day before I had hiked many miles and into the night to geocache with a friend on Leap Day. (and I have now found one geocache on every day of the year.) I came home and had dinner and much drinks with friends and went to bed quite late. I was slightly hung over in the morning and a miscommunication on departure time with my trial buddy left me without time to make coffee until we arrived at the trial site. Still, I recharged well with ample amounts of black coffee and Zorro and I earned a QQ in Open. It was a fine Last Trial For a While. 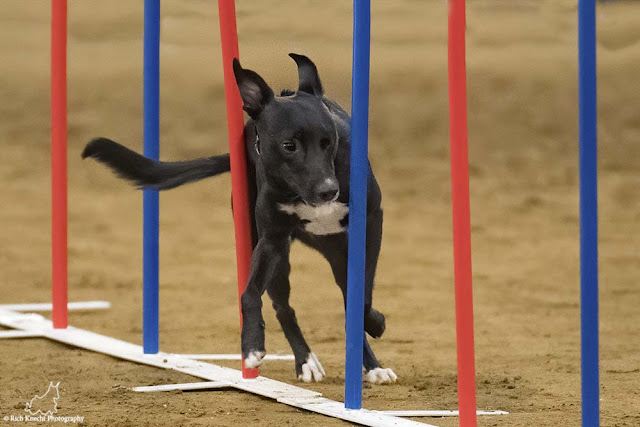 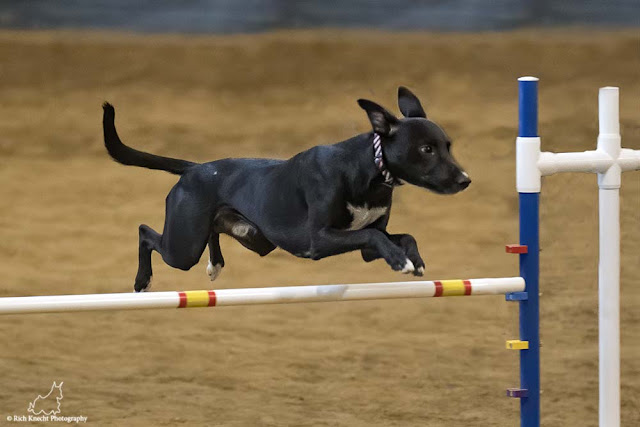 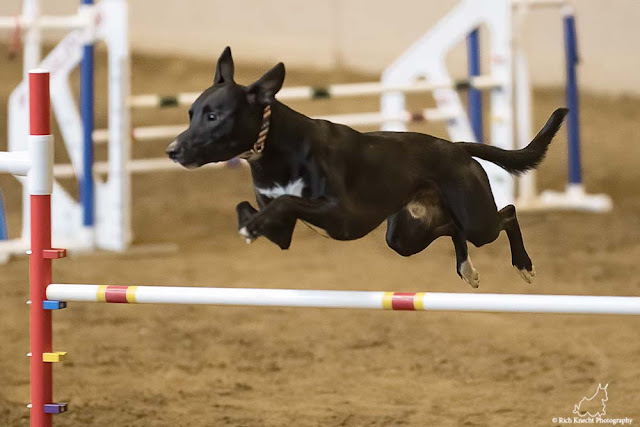 Until next trial, Zorro! I don't know when that will be but I sure will treasure that day when it arrives!
Posted by dogbird daily at 5:43 PM