The weather was a "touch" spring-in-the-air today.  And as ever, that has me yearning to go run up mountains or sling a thirty pound pack on my back and spend a few nights in the woods.  That was not an option today.
What was an option, however, was thinking back on the many beautiful hikes that I have had in the good weather.   To the beginnings of spring last year.  So many of my past hikes were blogged privately, so I decided to blog about a particularly sunny and uplifting hike that I enjoyed in June 2012. 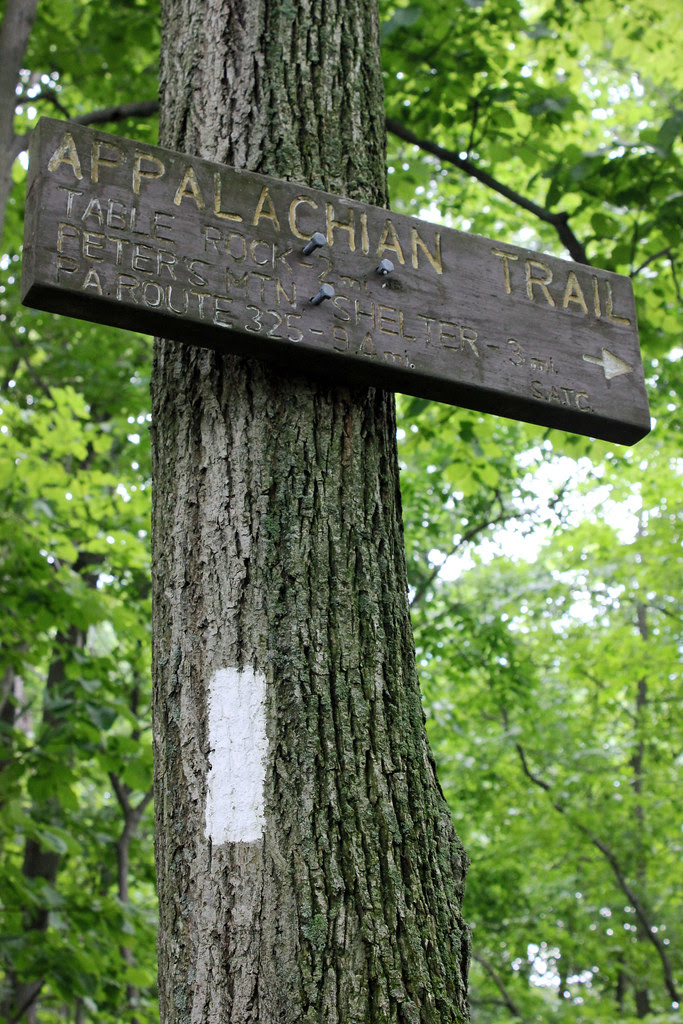 I had a rescue transport in the Harrisburg area, and the pick up point was a convenient 20 minutes from this trailhead.  I left hours and hours early to give Ein and I enough time for a decent hike.  We had hiked at Joseph Ibberson Conservation area before (as part of the "Visit all State Parks" goal!), although I did not realize that it was only 4 miles north of the PA-225 trailhead when I started out.

I could not resist making the State Park my end goal, because it would mean linking up a section of the AT that I had hiked on previously.  The hike north from the 225 trailhead is nearly all flat, although it is not without typical Appalachian Trail moments.

The going was rocky with slight elevations, and generally pleasant going through the woods.  It was a weekend so I did see some other hikers, all friendly and happy to be outside on a beautiful day.  The woods opened up into a powerline clearing.  There was a huge rock formation to my right that was very climb-able.  And there was a beautiful view with blue sky and clouds to enjoy! 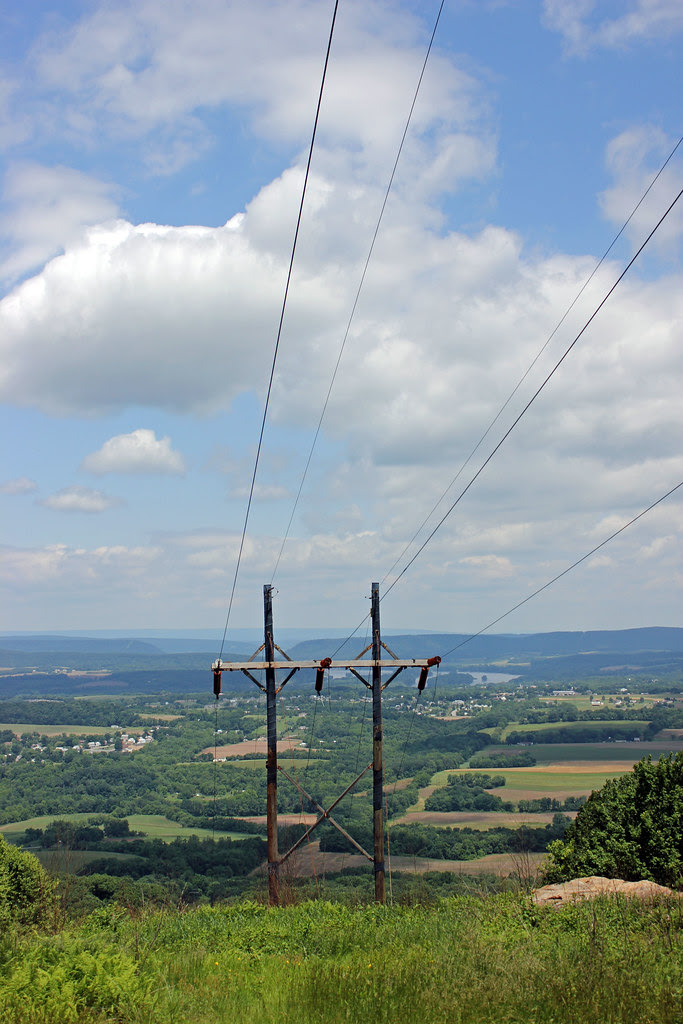 After enjoying my climb on top of the rock formation and snapping plenty of photos of the beautiful countryside, I climbed down and Ein and I re-entered the woods. 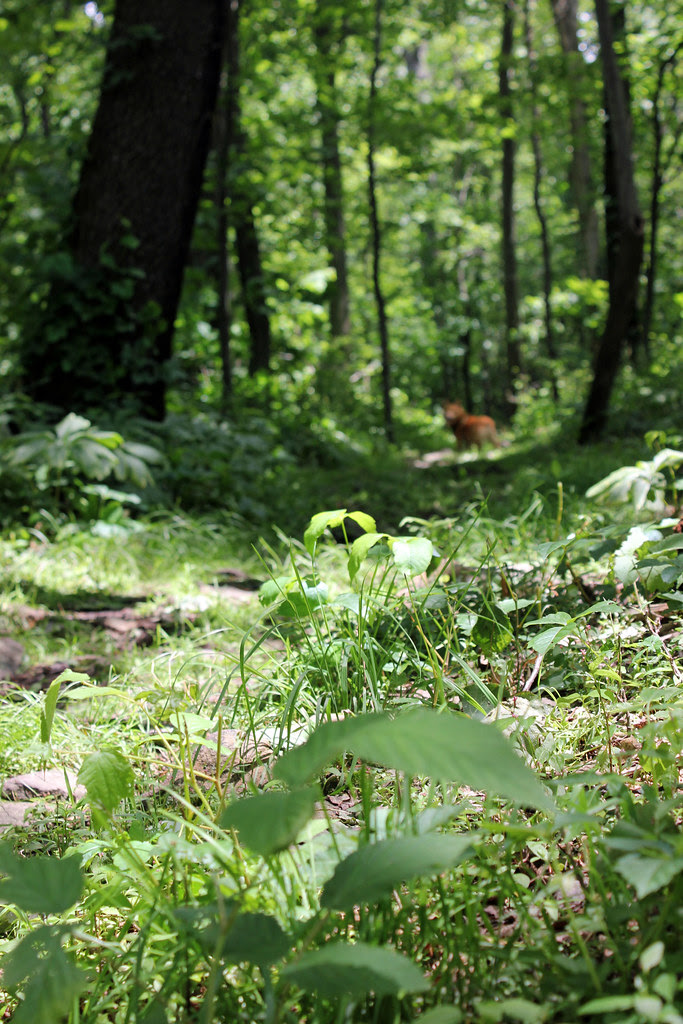 We passed the beautiful Table Rock because there were quite a few people gathered on it eating their lunch and enjoying.  Since Ein and I were out-and-backing, I knew that we could enjoy it on our walk back to the car.  We came to my original turnaround destination very quickly, the Peter's Mountain Shelter.  There were some thru-hikers hanging out in there and I talked to them for a little while before having a peek at my trail guide.  That was when I learned that I only had one more mile to go to Joseph Ibberson Conservation Area.  That mean two more miles.  But it was a lovely day, and I just felt like I was warming up with the first 2.8 miles.  So off we went! 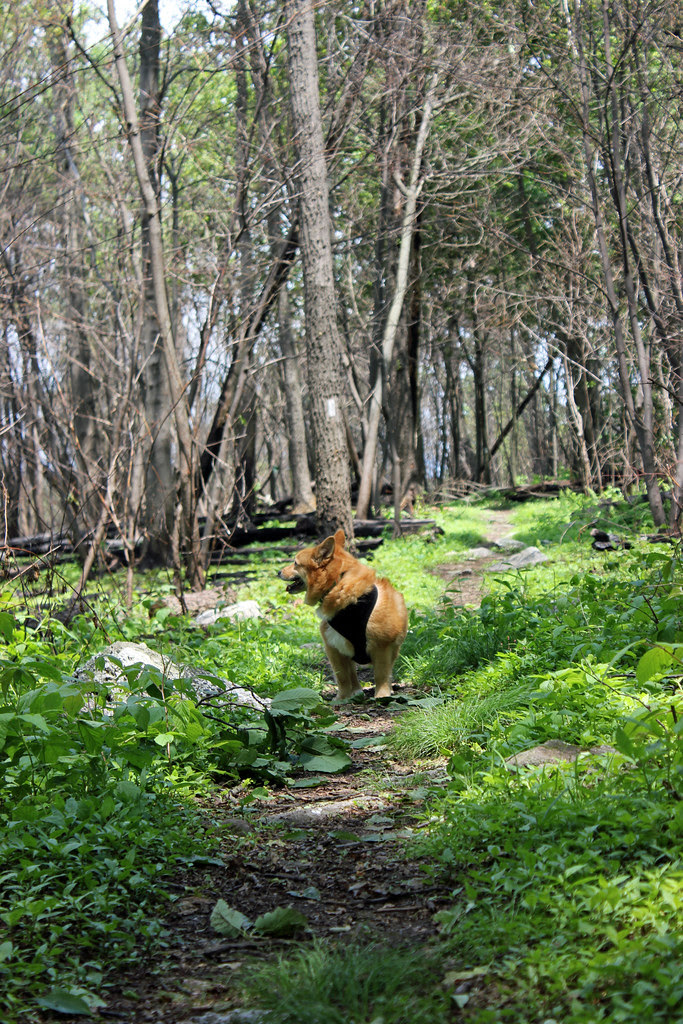 I was quickly happy that I had added the extra mile.  There had been a forest fire of some sort, and the woods were burned black.  It was very eerie.  I tried to gather information about what happened from other hikers, but no one was certain whether it was a controlled burn or an accidental out-of-control fire.  Either way, it was interesting to see. 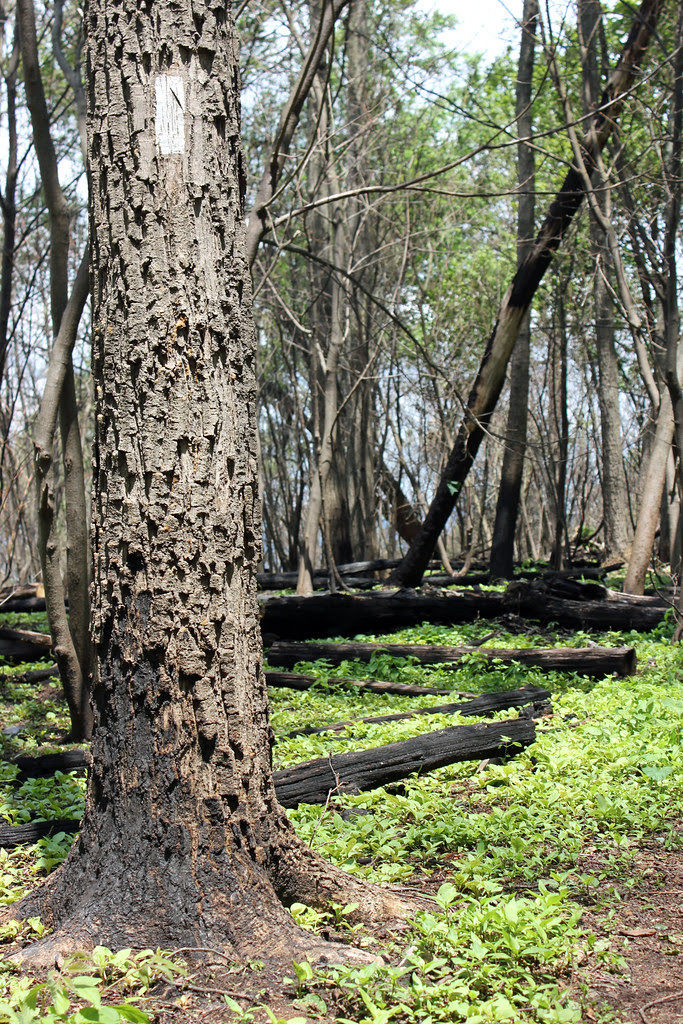 That section of woods did not last for very long.  The trail then sloped downward in its first notable descent of the hike.  I was inwardly groaning because I knew that I would have to walk back UP.  Business as usual with out and back hiking, though!

We reached the State Park gate, took a moment to say, "Ahh.  We have connected a past Appalachian Trail hike." (what can I say, I am a nerd!)  And then turned around and headed back the way that we came.

The miles went by quickly and before I knew it we were back at Table Rock, the sight to be seen on this hike.  There were a few different hikers gathered there, but Ein and I sat on a rock and enjoyed a snack while we waited our turn.  The hikers thought that Ein was very adorable.  As always, people admire that my little shorty is able to keep up on the trails.

The sun had come out even more by the time that we reached the powerline clearing again. 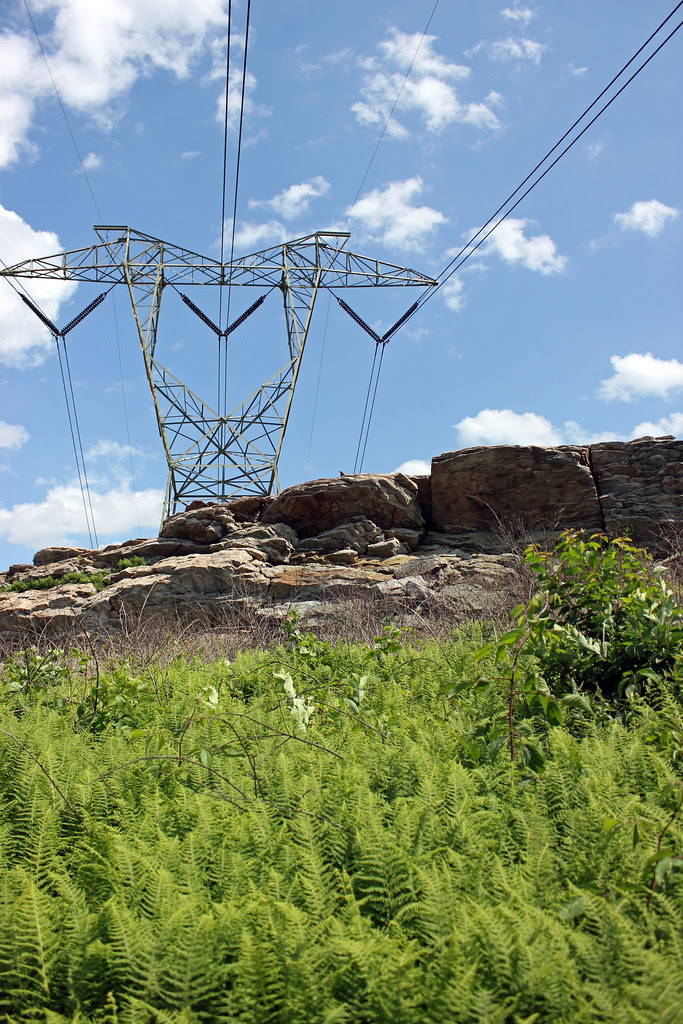 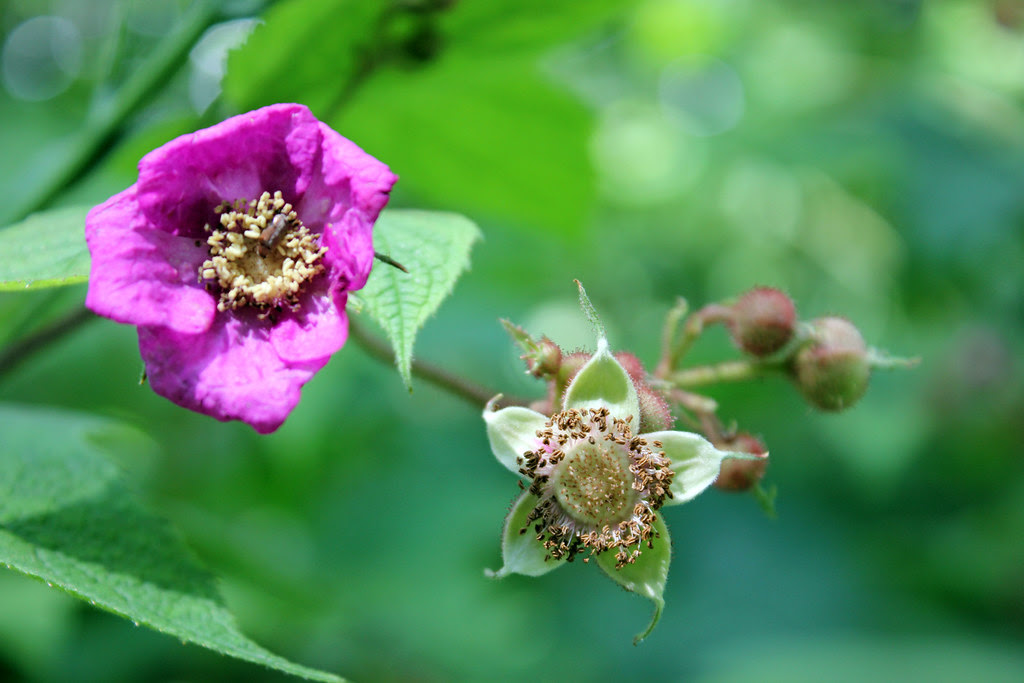 After passing the clearing, I explored a side trail that headed off to the left.  It brought me out at the bottom of the rock formation, on the other side opposite of the Appalachian Trail.  There was a campsite with burn pit.  It would be a wonderful place to camp out along the trail. 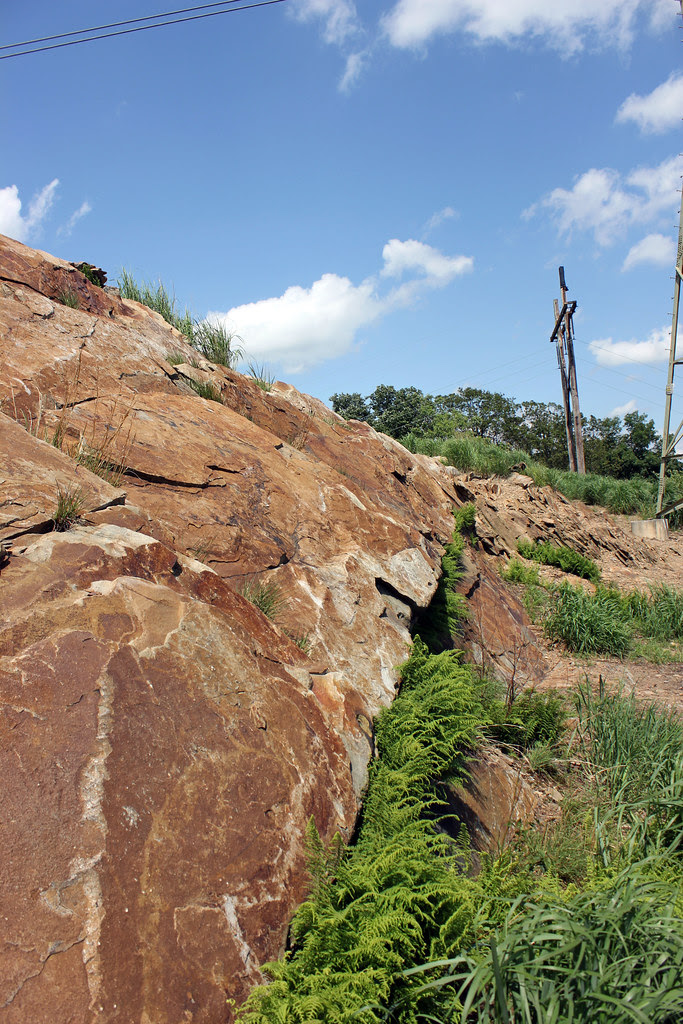 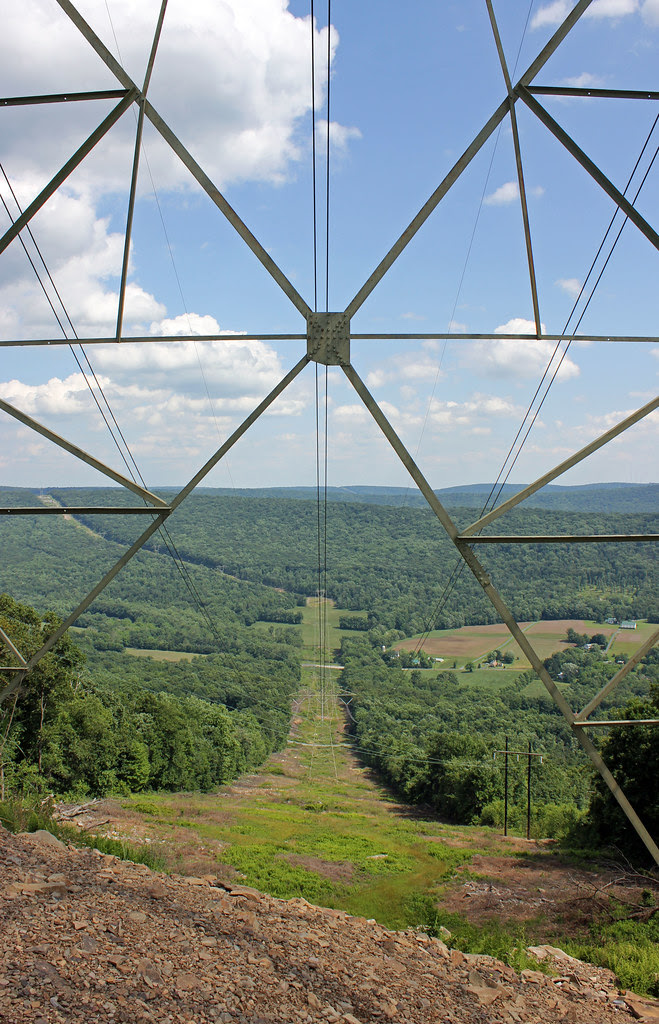 And I will also mention that the day ended just as well as it began.  The rescue transport went nice and smooth, and "Fenney Girl" was delivered to the next leg of the transport and on her way to a foster home in Philadelphia.  Any day that involves both hiking and helping rescue dogs is a good one! Posted by dogbird daily at 5:13 PM