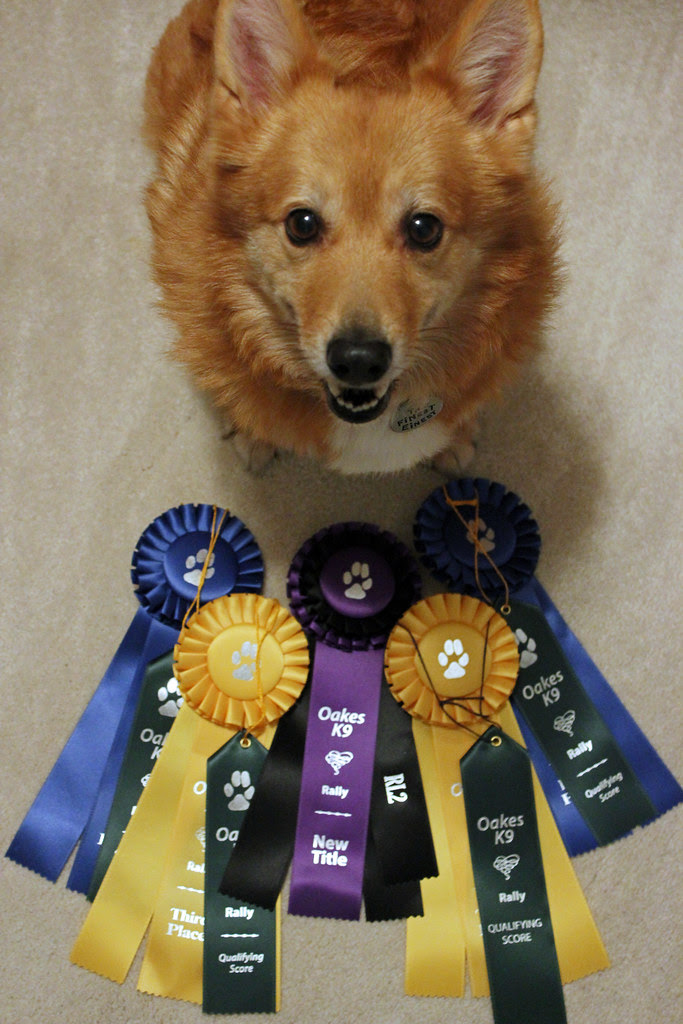 Ein and I did a double rally-o trial at K9 Gym today.  We did a Level 2 leg and a Veterans leg for each trial.  (Why yes I am a little bit sad that my Ein is old enough to be in Veterans class.)

Ein was really wonderful for the first trial.  We scored a 199/210 for the first Level 2 leg.  Ein was having a fantastic time working with me.  Our major foul up was the bonus exercise.  The first part, the "Moving Down", I hesitated after I downed him and that is just against the rules.  I was still thrilled with him!  He did a splendid Stand, and that was one of our major weak areas.  Behold, video-

Ein's first Veterans leg was also great.  ALMOST a perfect score!  There were two Moving Stand exercises and he nailed both of them.

The second trial was in the "D Ring".  Ein does not like the D Ring.  It is very quiet, full of echoes, too-close gating.  Also, a mirror.  Also, our favorite "Side Step Right" sign was in both legs.  Ein felt very anxious.

We ran the Veterans leg first.  Ein had a few shut-down moments.  We repeated a sign because he was zoning out and didn't 180 degree pivot right with me.  The Bonus was "Leave Dog, Turn and Down Dog."  Ein stared at me when I asked him to Down.  I re-cued.  He recalled.  Oh, Ein.

Then the Level 2 leg.  It was TRICKY.  We did really well for A-class.  There were a LOT of repeat cues.  Ein shut down multiple times on me and was doing a lot of slow walking and staring.  He really did not like the D Ring. 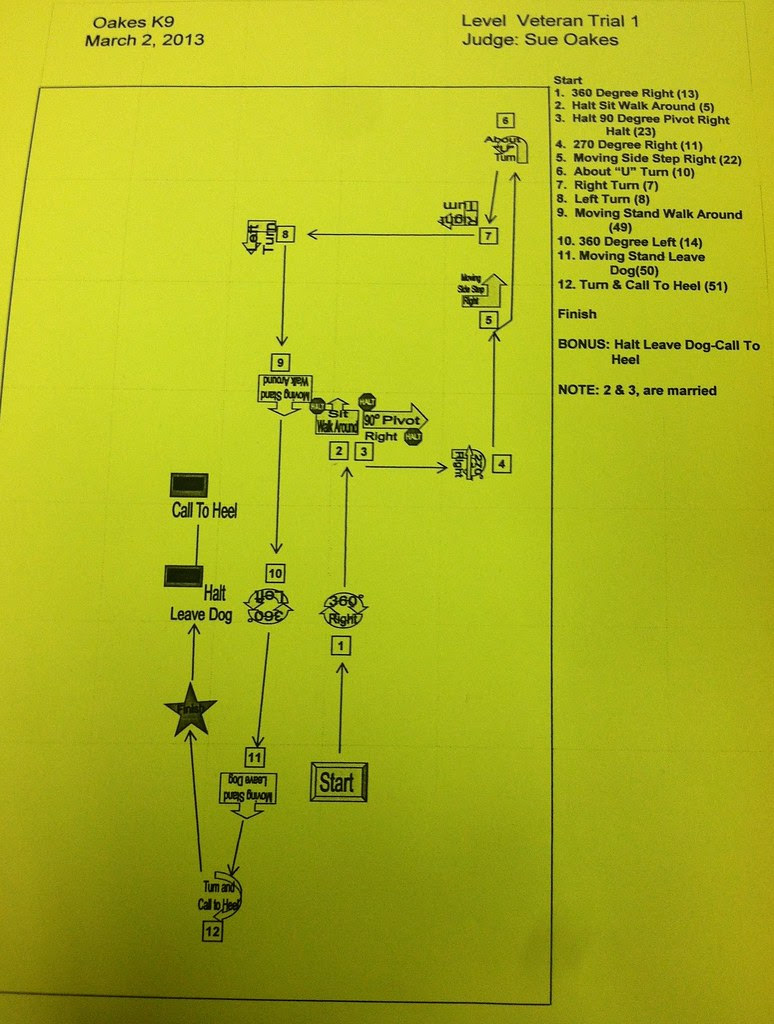 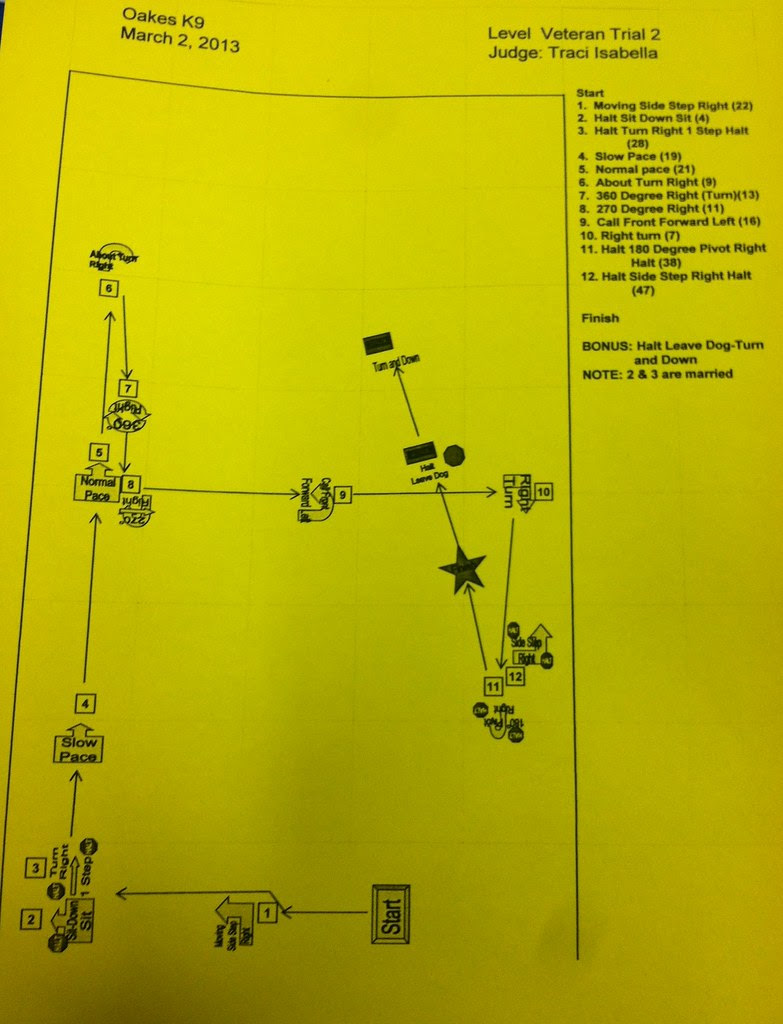 Filthy D-Ring or not, Ein got his Level 2 title today!  He also got the Award of Excellence title for his three Qualifying scores being above 190.  GOOD CORGI!  ARCH, here we come!

Posted by dogbird daily at 4:56 PM