This past weekend, Molly and I returned for another try in the AKC Open agility ring.   We...haven't had much success with Open.  Actually we have had no success with Open.  My normal enthusiasm was flagging on Friday night.  Would she pop the weaves, blow the weave entry, jump the contacts, not make time, would I handle her to an off course, would she leave the ring, would she be a reactive disaster?  Question question question!  AKC is nosier and more crowded - and also more challenging.  Not only all that, but Molly and I had never trialed at this particular venue before.  So, a lot of unknowns.

I really liked the venue.  It was a large sports center with tons of crating room available in the basketball courts.  The rings were two glass walled, closed off sports fields.  Inescapable!  The footing was soft and Molly did not slip on it at all.

There was only Standard and JWW offered, no FAST.  Boo!

We started Saturday with Standard.  Molly was pretty normal with her arousal levels.  I followed the same protocol as I had at the CPE trial last weekend - keep Molly crated until about four dogs ahead and then bring her in.  This really seems to work.  The more time she is ringside, the more she seems to get frustrated, she notices the larger 24" dogs hovering over her or staring at her, she gets a little wound up.  Zipping up from the crate with a wad of string cheese in my mouth, playing focus games and tricks and into the ring is working.  For now.

So, Standard.  Well I was a mess about the contacts and the weave poles.  She was in "toenail in" contact mode on Saturday, but she did get both of them.  She dove off the dogwalk contact zone while I was still begging for an "easy", over the panel jump and into the correct end of the tunnel.  I stuffed my dumbfounded feelings down and got my blind cross in and over the next jump.  She blew the weave entry and did a big happy zoomie loop and very nearly was headed into the tunnel.  I collected her and she did her weaves beautiful...we were almost home, until she popped at the 11th one.   That's an NQ, my friends.  Blowing the weave entry was a refusal, and popping out of the weaves was another - you can only have one refusal in Open Standard.  I decided to just proceed with the rest of the course instead of forcing her to re-do them.  That earned us a Wrong Course and a Major Fault.  She was absolutely wonderful for the rest of the course - oh how I wish I had it on video.  After the table I did a send around the next three jumps, and I layered the dummy jump in between us.  Amazing, incredible!  This dog who used to run out a straight line of jumps was powering over a curved line nearly 30 feet from her handler.  It is moments like this that help me know we are getting somewhere.  The rest of the course was a wild ride.  She hammered the Aframe and somehow got her contact and just ran right into the correct end of the tunnel and finished the line.  Damn those poles!  We would have had a pretty competitive time and a Q if not for our troubles there.  Hey, we're working on it. 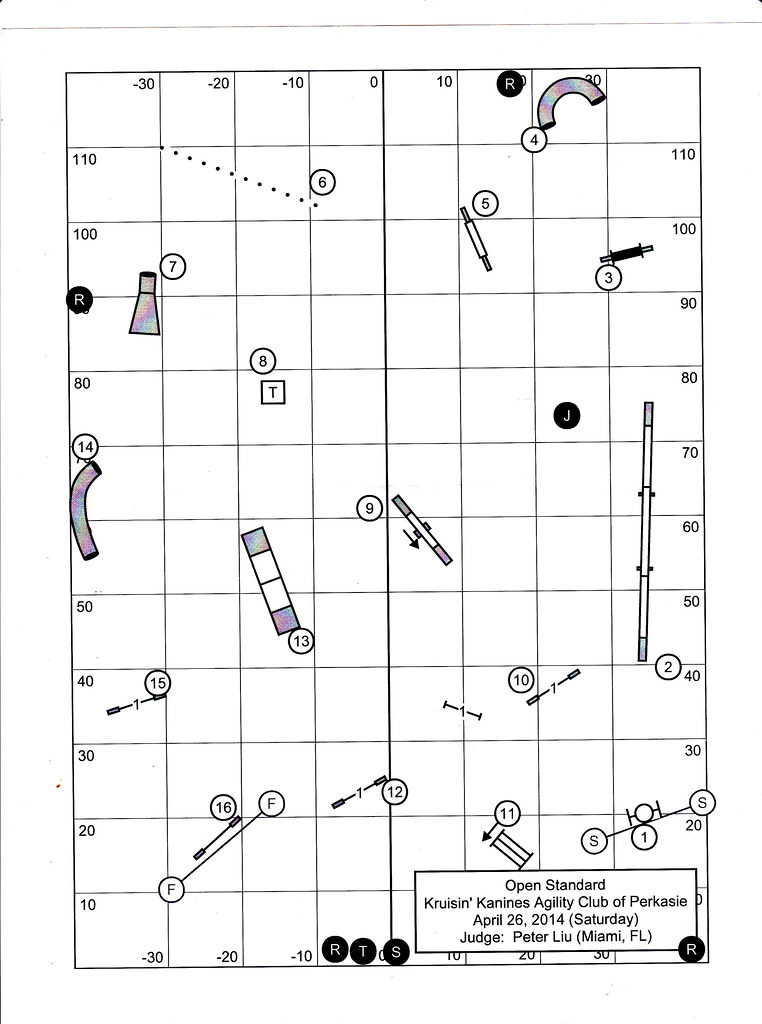 Next up was Jumpers with Weaves.  It was getting pretty warm in the building.  It was beautiful outside, but inside it was trapping all of that body heat and not being circulated.  Molly was actually somewhat warm for her last run.  I have no love for how this run went or my handling.  I wish I had done a lead out and kept her tighter.  As it was I cued our second line too late, she ran out the jump.  That stressed her out.  So instead of wrapping the fourth jump she went and did some ring crew lovin'.  The weave poles took her a full ten seconds (I counted!) and we got another refusal because she ran out 7 (again, I must try to do better with keeping her tighter.)  The ending was kind of sloppy and she didn't wrap the direction I wanted her to - a combination of stressy ring crew eyeballing and my handling.  Ah well. 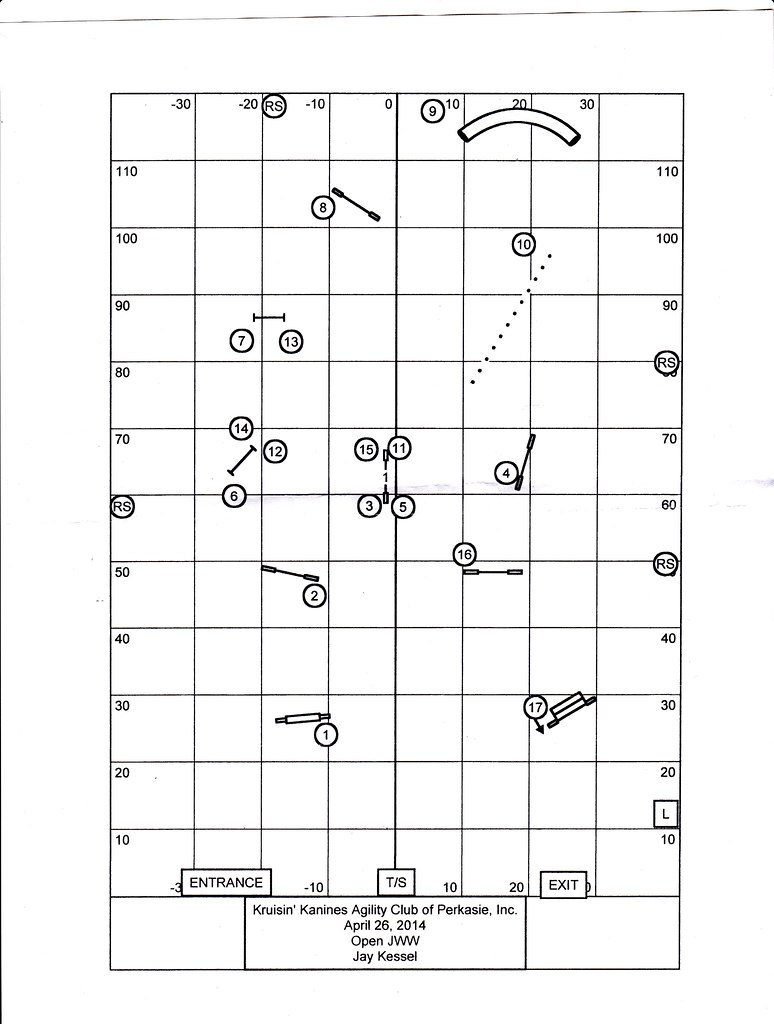 Saturday was really reminder number one million to talk to Molly at the proper times.  I need to say "Here!" not when she is already about to hurtle towards the wrong line or ring crew, but as she is taking off for the previous jump.  Only then will my words actually be on time.  Typing this is one thing.  Doing is another.  It just doesn't come natural to me to do the right things!  Sad truth.

Sunday was much better, we got an Open QQ!  A Perfect Day!

Standard was first again.  It wasn't a perfect run, but it was a qualifying run.  I planned a lead out with my life saving hand switching maneuver as I released her - the problem was that she broke her start line stay!  As a result, she went very wide and barely made it on the teeter.  She was a little scattered.  She tried for the ring crew after the chute.  I got her into the poles and she stayed in the poles (who put them next to the snack bar?!)  I was so proud of her for going all the way to the bottom of the dog walk and into the tunnel with no goofing around.  The contact zone on the Aframe.  Aaaaand a refusal jump run out.  The rest of the course went great, and let me again say how proud I was of Molly not getting an off course after jump 17 (I rear crossed her and called "here" to her at just the right time.  Apparently.  5 refusal faults and 4 time faults (two faults for every second overtime.) but we qualified!  Our first ever Open Q, and in Standard.  Wow! 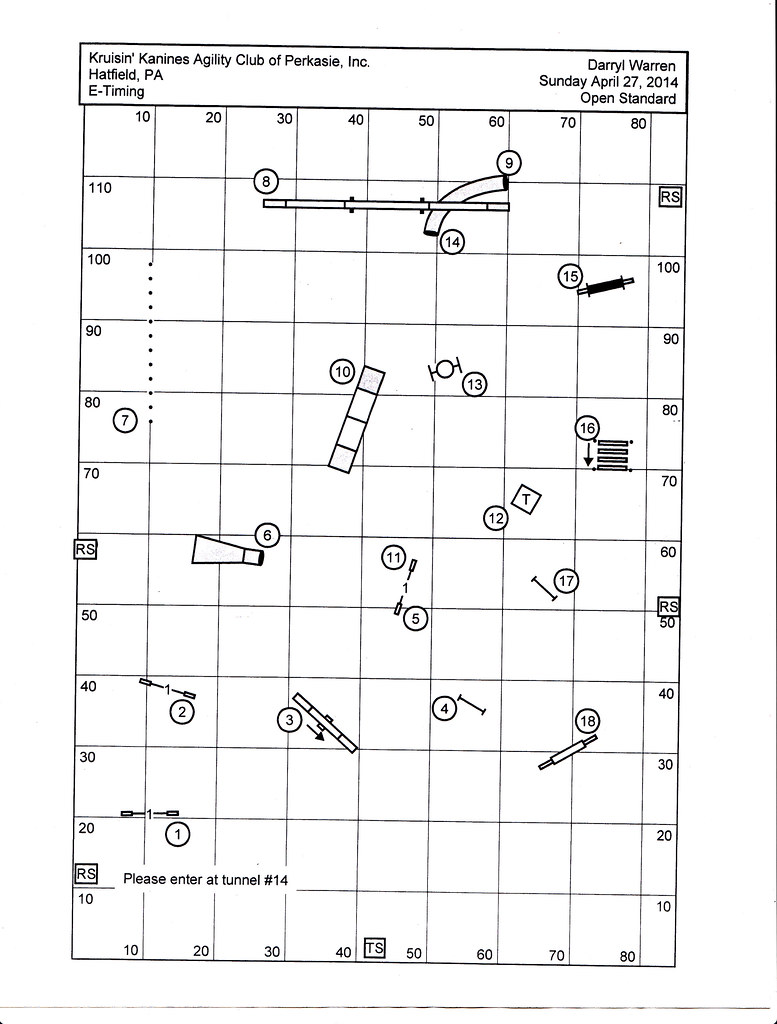 Last was Open JWW.  This course seemed a whole lot more do-able to me than Saturday's.  I felt super about how this run went.  The fourth jump led Molly straight to where her ring crew boyfriend from yesterday was sitting.  I was sweating that!  I again managed a perfectly timed "Here" and rear cross and we made it!  Everything really went well, besides another 10 seconds in the weave poles.  But hey, she stayed IN.  My friend told me on Facebook, "You have to go slow before you can go fast."  Molly is fast by nature, and I cannot really get her to run a course any slower.  But in the weave poles, she needs to learn to weave at a slow pace...focus on what she is doing, before she can do them at speed.  My instructor told me that Molly just has to grow more confident weaving at trials.  We will get there.  I winced at our time.  .6 over the Standard Course Time.  And this was literally our very best.  (We still had a clean run, you have to be a full second over SCT to be assigned time faults.) 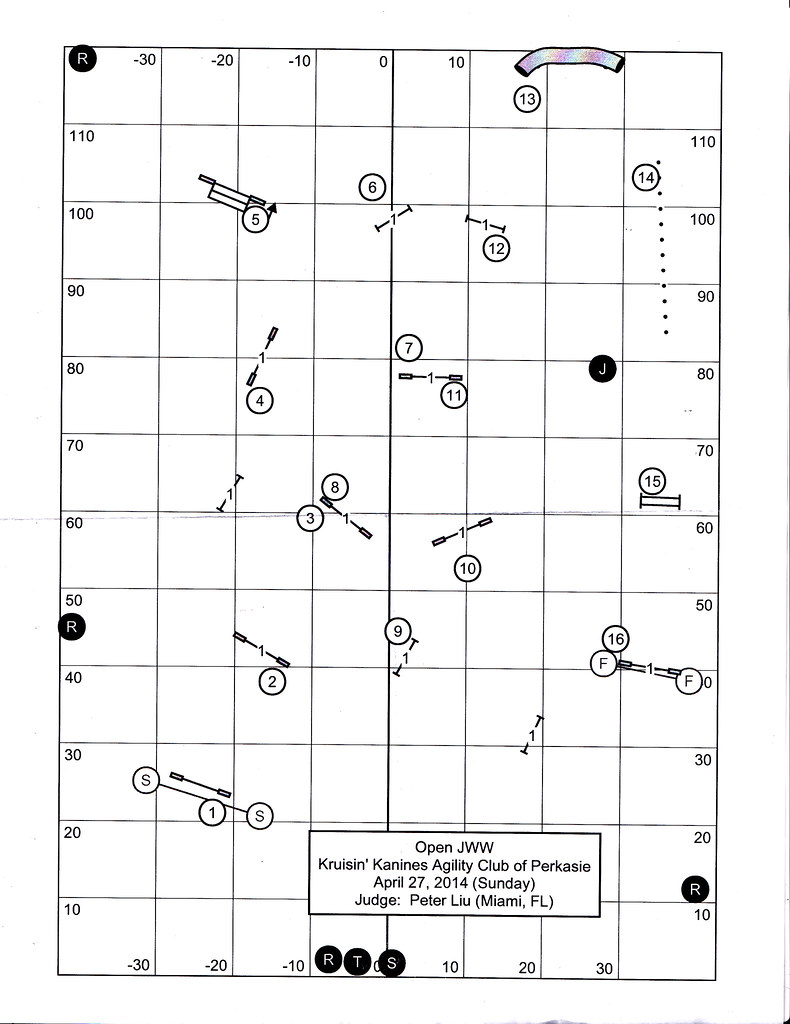 And just like that, we are a third of the way to both of our Open titles.  Wow!  I feel like those are the only Open Qs that we could possibly earn this year - like somehow we got super lucky and it is in no way going to happen again.  We play AKC Agility again this Friday (and we also get another chance at our third Novice FAST leg!)  I also went on a bit of a "bender" of entering AKC Trials on Fridays, so two more Fridays in May we will be trialing AKC.  Oops!  We have a super fun May trial schedule coming up, both AKC and CPE and I am very much looking forwards to it.

And I will end this agility lovin' post with four fabulous photos by Rich Knecht Photography, from the March AKC trial and also from last weekend's CPE trial. 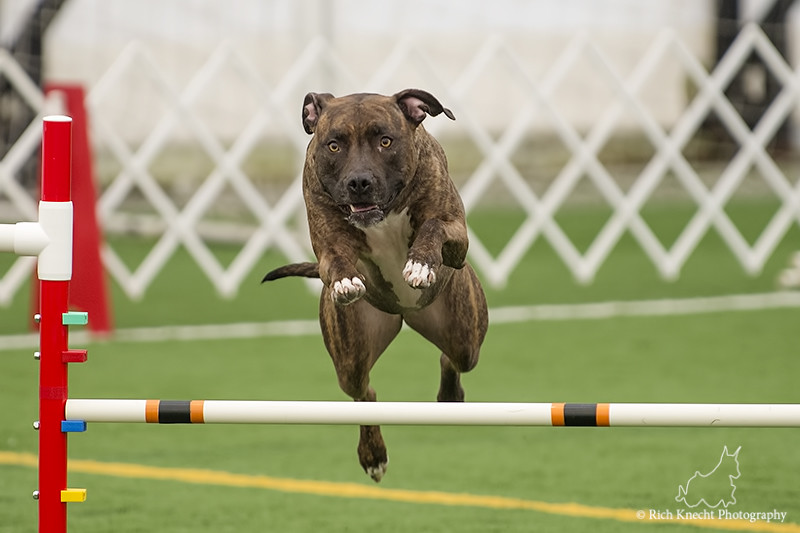 Posted by dogbird daily at 8:00 AM